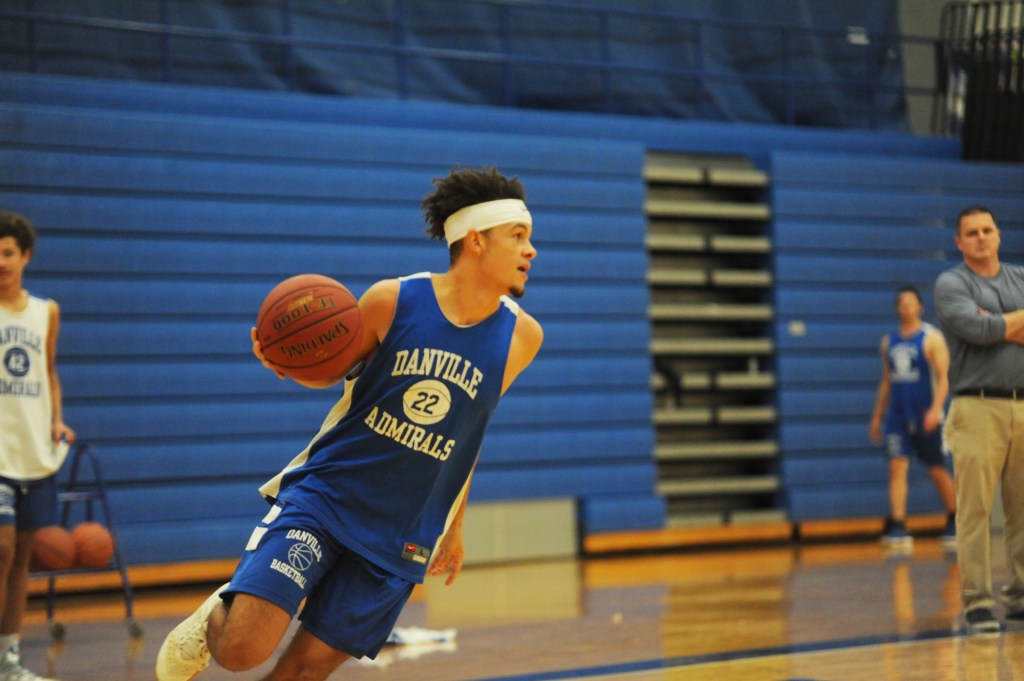 Danville coach Ed McKinney didn’t have to worry about his team coming out flat or having the first game jitters as the Admirals traveled to McCreary Central and came back home with an 88-60 win to start the season.

Danville boasted a 45-19 lead going into the locker room after the first half.

“We were ready to play and were good on both ends in the first half,” McKinney said. “We created some early offense with our defense, had decent shot selection and good ball movement. And we shot the ball well which always helps.”

Dante Hayden led the charge for the Admirals who had four players score double digit points. Hayden finished with 24, Aden Slone had 15, Darrian Bell added 11 and Ethan Wood put in 12 off the bench.

“Dante was efficient and shot the ball well.  Aden Slone had a great floor game and hit shots.  Darrian Bell was solid on both ends,” McKinney said. “Trey Dawson played well. Ethan Wood and Nick Price-Hancock were excellent off the bench and Damion Givens-Ford played solid in his first varsity game. Bottom line is we got good play out of everybody.”

McKinney did express displeasure with his team’s defensive effort in the second half in which the Admirals allowed 41 points.

The Admirals will play in their home opener on Friday, Dec. 6 at 7:30 p.m. against Lexington Catholic.