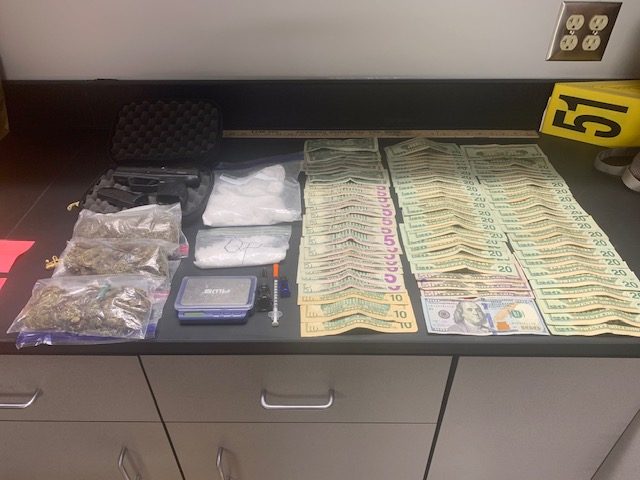 In a photo, courtesy of the Danville Police Department, items are shown that were found in a vehicle Sunday evening, which led to a search warrant being executed on a local home.

While most are still relaxing and off from Thanksgiving or planning shopping trips, area law enforcement stayed busy with multiple events happening over the weekend. Some calls were related to help needed during the torrential downpour that hit the area, while others involved car chases, guns and drugs.

Late Saturday night, Danville Police responded to Triangle Mart BP due to a report of a disturbance in progress. While on their way to the gas station, officers were made aware witnesses said the person in question was possibly armed with a gun.

“Once they got on scene, he took off running,” Asst. Chief Glenn Doan said, about Jesse Mayberry. 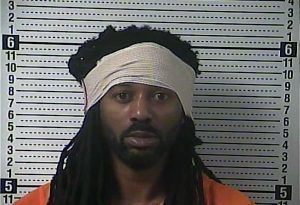 He began running eastbound, across South Third Street, toward Second. After a brief search of the area, Mayberry, 37, was found hiding from officers between a large storage container and the Public Works Garage.

He was taken into custody without incident.

“They didn’t find a gun on him and a search of the area didn’t yield one,” Doan said. He said the incident didn’t involve the actual gas station, but the call about the disturbance said that was his location.

Before being taken to jail, Mayberry, who is of Danville, was taken to Ephraim McDowell Regional Medical Center for treatment of injuries he received while running.

He’s currently lodged in the Boyle County Detention Center, and is charged with first-degree fleeing or evading police, second-degree disorderly conduct, third-degree terroristic threatening and possession of marijuana. As of press deadline Monday, a bond was not set yet. 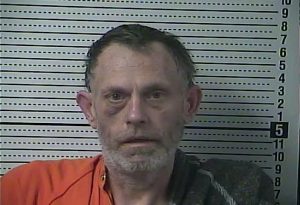 Both Danville PD and the Boyle County Sheriff’s Office worked a traffic stop Sunday, after a search of a vehicle turned up methamphetamine and a handgun. 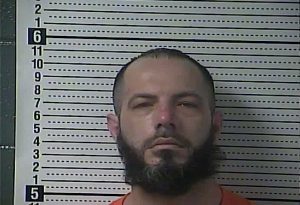 “Officers were just on patrol on the south end of town and they see a vehicle and identified the driver of the vehicle as having a suspended license,” Doan said. “Our K9 unit was actually off, so Dep. Tannor Abbott with the BCSO assisted on the scene with his K9.”

Doan said once he got a positive indication from the dog, they conducted a search of the vehicle.

Officers located .7 pounds of meth, three ounces of marijuana, a 9mm handgun and a large amount of cash. Information obtained during the investigation by the officers also resulted in a search warrant, executed later Sunday night, of a residence at 519 ½ E. Walnut St. 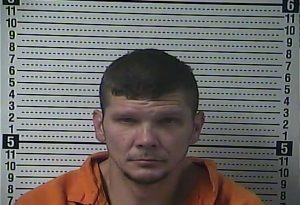 The search of the resident uncovered five additional weapons and drug paraphernalia.

Doan said Det. Kevin Peel also assisted on the scene after the initial traffic stop. “We weren’t looking for him, it was just a routine patrol and they had other encounters, then ended up realizing his drivers license was suspended, which led to the stop,” Doan said. 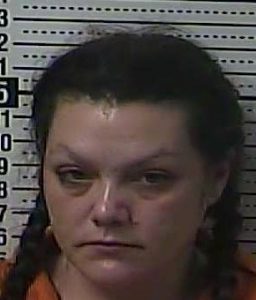 All are in the Boyle jail, with bonds pending. Doan said the investigation is still ongoing.

A constant downpour also caused some issues in the area over the weekend. Just before 4 p.m. Saturday, the National Weather Service issued a flash flood warning for Boyle and several other counties.

Doan said police were involved in typical ways they’re used to. “We maybe get some manhole cover calls. They get full and come off, so officers did go to a couple of those.”

He said usually officers can go to the scene and slide them back over, depending on how heavy they are. “Sometimes they’re just too heavy and we can’t, and the fire department will help.”

The PD also gets a lot of calls about alarms going off, too, Doan said. “With heavy, torrential downpours, alarms are activated by that, and it keeps us busy, between homes and businesses.”

Chief Tony Gray said there were also some power outages here and there around town. “And the Streamland area looked pretty bad, but don’t think we got any calls to any of those places,” he said.

Daniel Lowry, Kentucky Utilities manager of media relations, said there were no actual outages reported, however there may have been some “flickering” incidents. 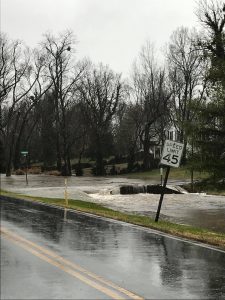 A photo, courtesy of City Commissioner Rick Serres, shows the flooding in the Streamland area of Danville from Saturday.

“For instance, we found a tree limb that was sort of balancing on our lines near Springhill Drive, it feeds Streamland subdivision area, so a couple-hundred customers,” Lowry said. “It came in contact just enough that it tripped the equipment, so many may have seen a flicker.”

Doan said when weather like this hits, they know what to keep watch on. “We know the areas that are prone to get high waters, so we’ll go by and check those areas when we get weather like that.”

“It comes up within an hour and down in about an hour,” he said. Although water was extremely high, meeting the back of buildings that border the river, Wilder said there were no evacuations.

Wilder said U.S. 68/Harrodsburg Road and Mitchellsburg Road were also under water for a time Saturday, which always tend to flood when there’s an excessive amount of rain.

Asst. Chief Doan said the PD also assisted Mercer County deputies this weekend in locating two people who were in the Danville area.

According to the Mercer County Sheriff’s Office, Kenny R. Vinyard, 50, and Jennifer Miller, both of Harrodsburg, each had seven active warrants for their arrest. They had already been involved in a police pursuit in Mercer County earlier in the week. 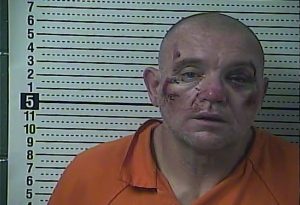 Also assisting in the pursuit were Harrodsburg Police and the Boyle County Sheriff’s Office.

“We assisted after they initiated a pursuit, until they were able to get more backup and it went over into Mercer County,” Doan said.

The Mercer County Sheriff’s Office says the pursuit ended on Beaumont Avenue in Harrodsburg, and the pair was arrested without further incident. 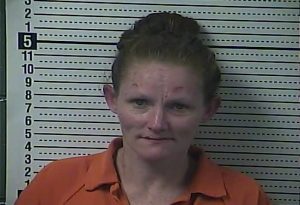 Vinyard was charged with failure to signal; reckless driving; first-degree driving under the influence; possession of meth; first-degree fleeing/evading police; tampering with physical evidence; two counts of bail jumping; and five counts of contempt of court.

Miller, 37, was charged with resisting arrest; public intoxication; menacing; bail jumping; and six counts of contempt of court. Both are lodged in the Boyle County Detention Center.