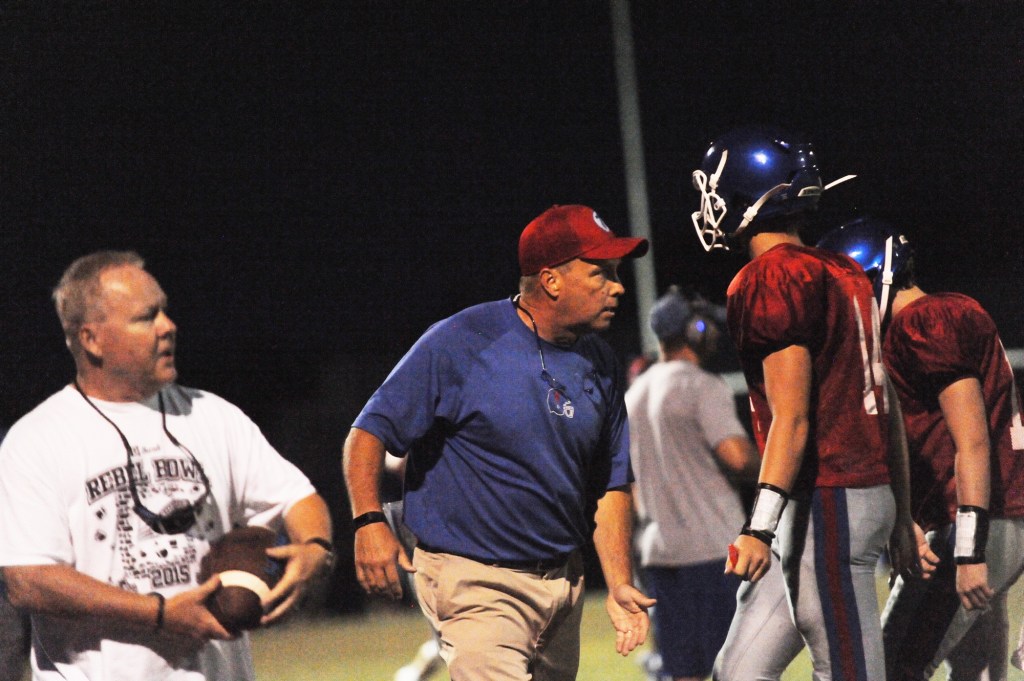 Coach Buchanan was named Advocate-Messenger Coach of the Year by his peers for 2019. (Photo Derek Brightwell)

Going into his fifth season at Mercer County, coach Dave Buchanan knew that he was going to have a special team, even if nobody else in the state did.

A part of one of, if not the toughest district in Class 3A after a tough year in Class 4A last season, Buchanan knew that he had to compete with two powerhouses in DeSales and Christian Academy of Louisville. And while both teams eventually got the better of the Titans this year, Mercer did score a big road win over CAL and hung tight with the Colts for most of the game.

“The win at CAL was great but probably — for me — the high-water mark was the three and a half quarters against DeSales where we led after that,” he said. “I think we played some awfully good football at different times. The best of it was — and we just ran out of gas and couldn’t finish it — but that night against DeSales was probably the best we played probably in my five years here.”

CAL would go on to take the rematch at Mercer County in the first round of the playoffs, ending the best year Buchanan has had on the sidelines for the Titans, before falling to DeSales. The Colts’ would last until the state semifinals before losing by a point to Belfry.

After going 5-7 last year, the perception may have been that the Titans wouldn’t be able to survive the gauntlet of a district that boasted two of the top teams in the class — and this time last year, Buchanan might have been among those who saw that disparity.

“This time last year the gap between us and CAL and DeSales was eight or nine touchdowns. It was ugly,” he said. “I remember last December watching video on both of them and realizing how much work we had to do. The kids and our coaches worked extremely hard to close that gap. They really put a good product on the field and we had a chance to win every time we lined up against those guys.”

Having seen the work his team put into the offseason, “Coach B” didn’t have any doubts that his team would be able to hang in the district.

“I did think this would be our best team of the five,” he said. “They certainly lived up to that and turned out better than maybe even I thought we would be. I was really pleased with the job the guys did.”

For that success — finishing the year 8-3 with some statement wins — his peers in the area named him Advocate-Messenger All-Area Coach of the Year.

“It means a lot to me,” he said about the honor. “I think the football in this area is outstanding. It’s humbling, but I’m very appreciative would be the best way to describe it.”

But, ever the coach, Buchanan is already planning ahead for next season and has a “list of things” his team can improve upon.

“I want us to build on what this year’s team did. We’ve got good players coming back,” he said. This team elevated our program. We played really good football at a more consistent level.It’s time to keep building and while I’m pleased with the progress we made, we can still get a whole lot better. We’re going to work on that list. That’ll be our focus in the offseason and going into 2020.”