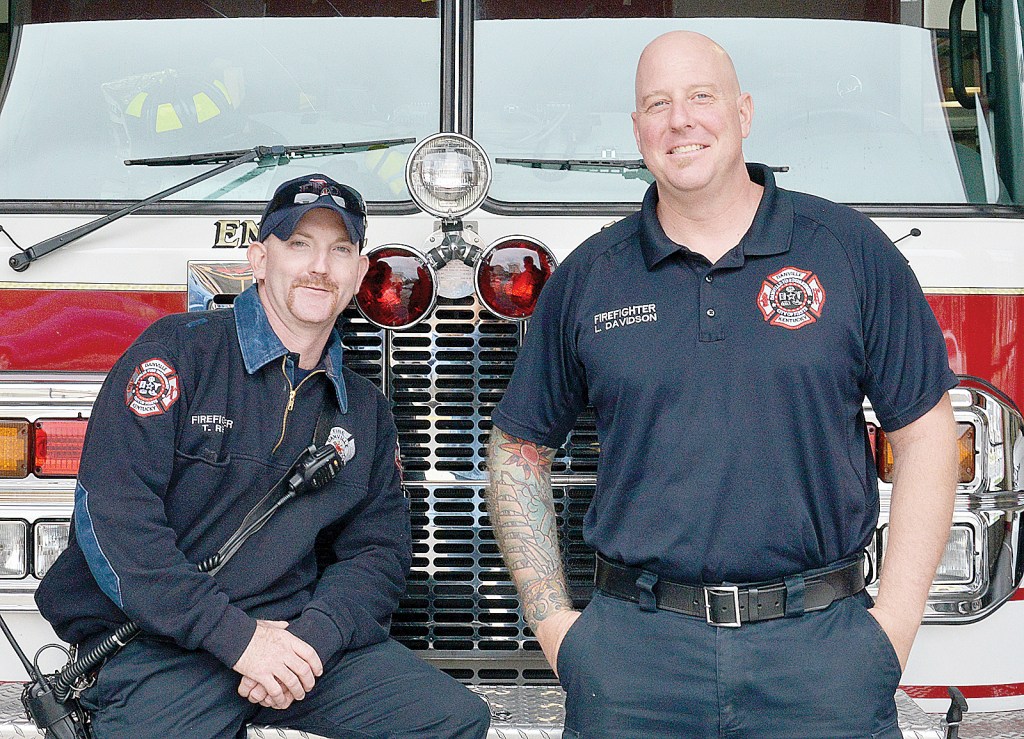 Danville Firefighter Tyler Reed, left, will be taking over the ladle and using his family's chili recipe for the fire department's community chili dinner to raise money for its Christmas toy drive, from Firefighter Larry Davidson. 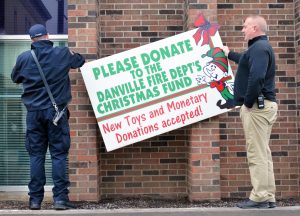 Danville Firefighters Tristen Turner, left, and Doug Simpson, hang the fire department’s sign asking for donations for its annual Christmas toy drive. On Saturday night, before and after the parade, the fire station will host the community chili dinner for its fund-raising event.

After eight years in the kitchen, Danville firefighter and five-time city chili cook-off champion Larry Davidson is handing his ladle over to another cook for the annual Danville Fire Department’s community chili dinner on Saturday night at the station on Main Street.

Davidson said he has won five gold and three silver medals competing in the City of Danville’s chili cook-off challenge since 2012. He placed second this year when he competed against other city departments on Oct. 31.

He said he decided the time had come for him to retire while he was still one of the best.

Firefighter Tyler Reed will step in and stir the pots filled with his own family’s recipe for the fund-raising dinner Saturday before and after the downtown Christmas parade.

Saturday’s meal is free, but donations of money or new toys will be accepted for the fire department’s Christmas toy drive. The meal begins after the lighting of the tree and continues during the Danville Christmas parade, which begins at 7 p.m.