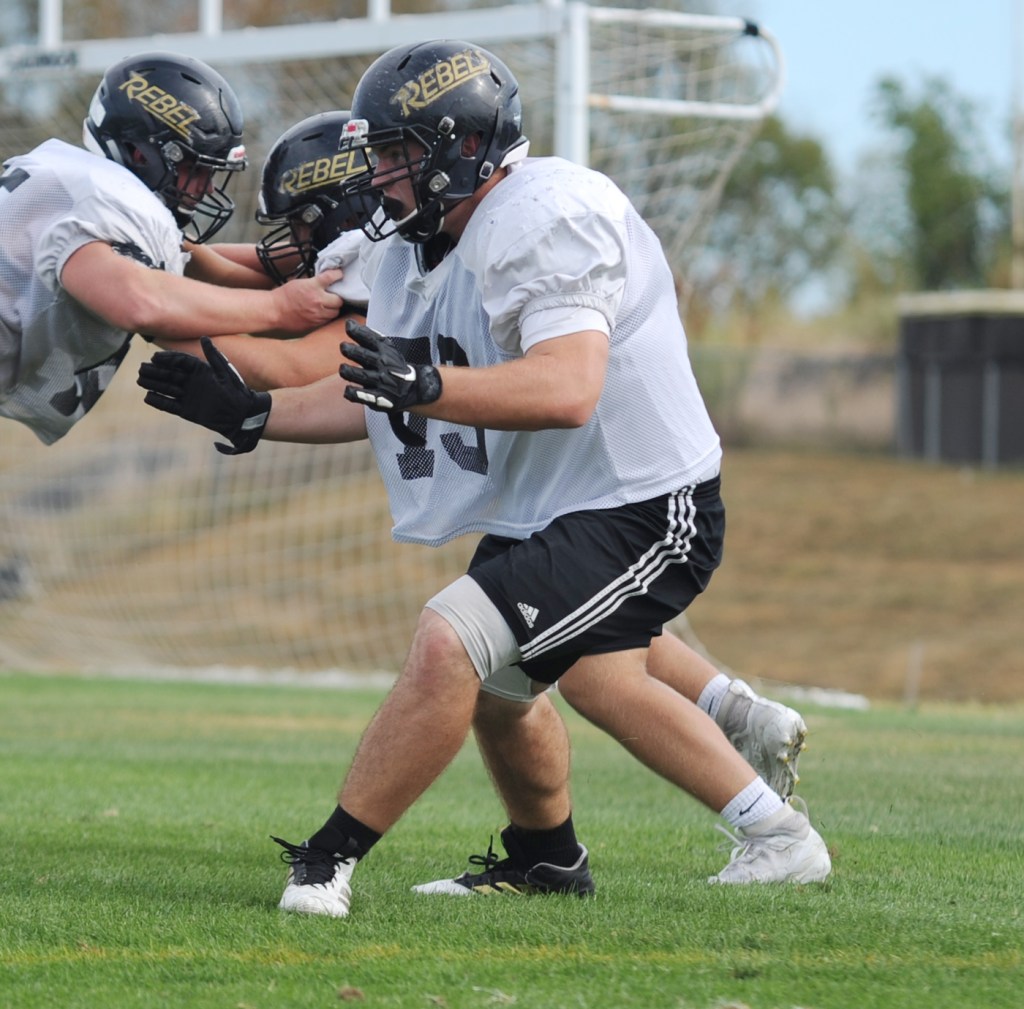 For the second straight year, Boyle County’s Wilson Kelly was recognized by the area coaches as the Advocate-Messenger Lineman of the Year. Kelly was unanimously selected for the honor.

“It means a lot. It’s my second time that I’ve got this,” Kelly said about the honor. “I’m very thankful to everyone that’s voted on this and I think I’ve worked for it. If I hadn’t worked for it, I don’t think I’d have gotten it.”

Like most of the seniors on the 2019 Boyle team, Kelly entered this year dissatisfied with last year, and wanting to come out and prove himself. During the season, Kelly committed to play center for Middle Tennessee State University, something that Boyle head coach Chuck Smith says is a culmination of the four years of hard work he’s put in as a Rebel.

“He has worked so hard and has come into this year with kind of a chip on his shoulder to prove that he is a Division I player,” Smith said after Wilson committed to MTSU. “So it’s really  fun and exciting to watch his hard work pay off. I know that he’s not finished.”

Kelly has been a four year starter for the Rebels, and plays both ways. That experience has been critical for Kelly, especially this year, in being the best lineman — offensive and defensive — he can be.

“Playing both ways takes a toll on you and you get tired quicker. But overall, playing offensive line — I know what I’d be thinking if I was on defense,” he said. “It gives you a mental note on what to expect. Same thing on defense, you can read if the offensive line is down blocking or where they’re pulling. It’s a big advantage to have.”

Despite the fact that he’ll primarily be on the O-Line during his college career, Kelly will miss the glory of being on the defensive side of the ball.

With Kelly as the leader, Boyle’s offensive line has both protected QB Reed Lanter who’s having the best season of his career in black and gold and blocked for a running game that ranks 22nd in Class 4A. That running game was put to the test when senior Landen Bartleson missed the toughest stretch of the schedule with a hamstring injury. But behind Kelly’s line, Will McDaniel and Andrew Sacco were able to pick up the slack to give Boyle a dynamic duo.

“The biggest thing is just the way that he leads. He comes out and takes every play personally,” Boyle offensive line coach Travis Leffew said about Kelly. “Every play is a big play for him. He comes out and attacks off the ball and he has that massiveness that all offensive linemen need to have when they step on the field. Teams have to pay attention to where he’s at and what he’s doing because he’s such a physical force.”

On defense, Kelly has been involved in 84 tackles, 51 solo and a team high 23 for a loss. He also has four sacks, which is good for second on the team despite playing on the interior line which is not known for sacks.

“He’s really peaked. He’s had a really good year last year and you kind of think ‘well he can’t get any better now,’ but he did,” coach Smith said. “He’s so much better this year than he was last year. He’s really dominant. He’s moving as fast as he’s ever moved. He’s worked so hard in the offseason on improving his foot speed over the past four years. He’s extremely powerful, extremely strong in the weight room.

“At times, he’s been a man among boys out there. He’s impressed me and impressed a lot of coaches who’ve seen his tape. He’s just had a fantastic year.”