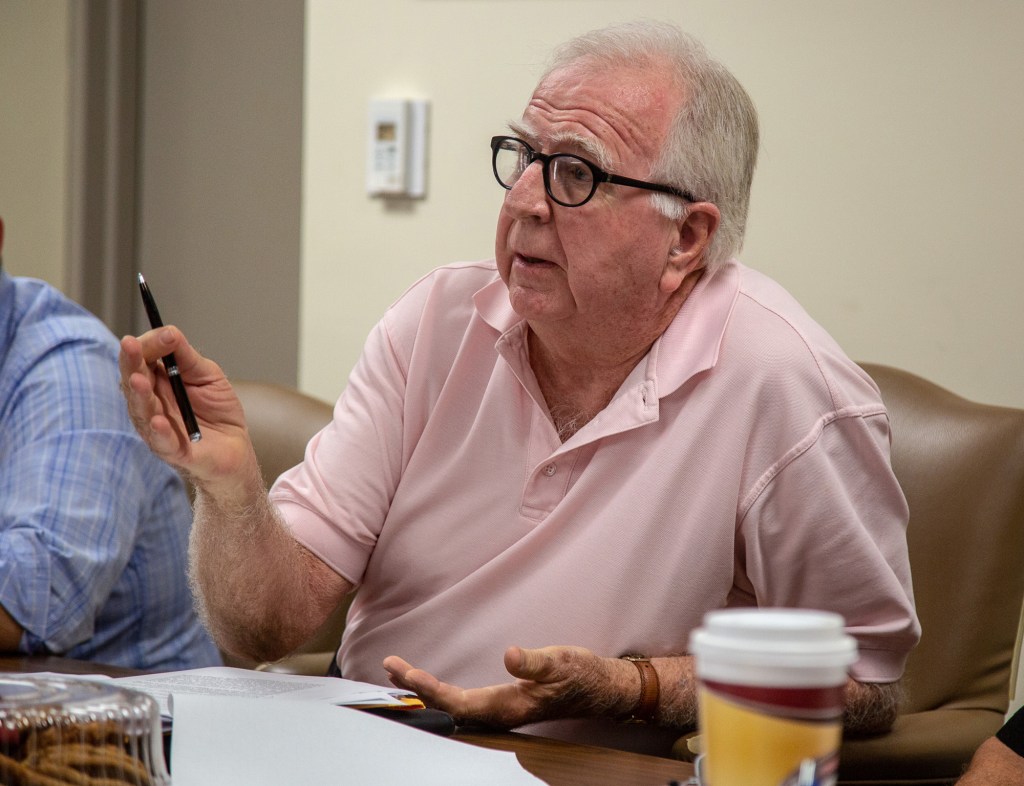 An industry leader in Boyle County says a recent meeting between members of the local industrial council and county officials about a proposed payroll tax increase didn’t go quite the way a magistrate depicted it.

“I’m not sure the point was taken by the magistrates,” said Ty Staples, plant manager for the Berry Plastics Corporation, which has a facility on Lebanon Road in Danville.

Staples said the industrial council asked for the Nov. 25 meeting with county government officials because its members are opposed to the payroll tax increase.

“The meeting was requested because none of the manufacturing plants are in agreement with this tax,” Staples said. “We are the ones that are going to have to explain to our employees come January why their taxes went up (66%).”

A second reading is scheduled for Dec. 9; if it passes, the new tax rates would go into effect Jan. 1.

At the fiscal court’s Nov. 26 meeting, Magistrate John Caywood said he, Magistrate Tom Ellis and Treasurer Mary Conley met with the industrial council leaders to explain to them the need for the tax increase.

“I think it went well,” Caywood said. “I got two things out of it. One of them was they appreciated the fact that we came and did it. This is strange and debatable, but I also sense that they kind of gave me the message that we’d rather have it done more often in little snippets rather than a larger one over a long period of time. That is just what I felt.”

“It could be some guidance to the future courts down the road to how that needs to be handled,” Caywood continued. “It’s never fun to do these kinds of things but I got that it’s better to do it in smaller increments.”

“If it must be done,” responded Jody Lassiter, president of the Economic Development Partnership, who set up the meeting at the request of the industrial council.

Staples said this week that when he read Caywood’s characterization of the meeting, “it sort of bothered me because I’m sitting here thinking, ‘They’re railroading this through,'” he said.

Staples said everybody at the meeting was “unpleased” with proposed increase. He believes it will make Boyle County less competitive in attracting employees — something that’s already difficult today.

“We’re all scrambling to find employees today with unemployment as low as it is,” he said.

Staples said he fears the increase, which will “eat up” about a fourth of any raises employees earn at Berry this year, will affect how much gas money employees have for their commutes; as a result, they could begin looking for jobs closer to home, he said.

Staples said there weren’t any raised voices during the meeting, but the industrial council members believed they made it clear that “people are displeased with a payroll increase.”

Wilderness Trail Distillery was among the local industries with a representative at the meeting. Co-owner Shane Baker wasn’t at the meeting, but said “it’s a tax on employees that employees pay, so we are opposed to anything that negatively affects our employees.”

Lassiter confirmed the attendance of several others at the meeting, including Chair Joey Harris with Denyo and Michael Dunn from American Greetings. Dunn was unable to comment due to corporate policy; Harris had not responded to a request for comment as of Thursday.

Lassiter said he could only comment in a limited fashion on the meeting: “Several members of our Industrial Management Council asked EDP staff to facilitate a meeting with representatives of the fiscal court to ask questions and to express their concerns about the proposed tax increases. The meeting resulted in a thorough exchange and substantive discussion of their relative perspectives on this issue.”

What the tax increase would do

The increases are expected to generate an additional $2.75 million in payroll taxes and $450,000 in net profits taxes annually, according to Boyle County Treasurer Mary Conley.

The increases are planned to help cover growing costs over the next nine years, including an increasing pension bill from the state and an expected bond issue to build a new jail.

Staples said he knows the county is afraid it could get sued for violating inmates’ constitutional rights if it doesn’t build a new jail.

“I think we understand that there needs to be work done on the jail, but a (66%) increase is tough,” he said. “… I don’t think people are understanding what’s coming. … The magistrate (made it sound like) everyone was in support of it but we actually requested the meeting because we are not in support of the raise.”

Staples said he would like to see a smaller increase; he would also like to see the state of Kentucky make it legal to implement “special sales taxes,” like other states have. Such taxes can be approved for a limited duration by voters, in order to fund large capital projects like a new jail, he said. But currently, that’s not an option in the commonwealth.

Staples said he also pointed out at the meeting that businesses go through annual reviews to come up with cost savings, and he questioned whether Boyle County government does the same; “We were told yes,” he said.