Danville water plant project one of 10 labeled ‘exceptional’ by EPA 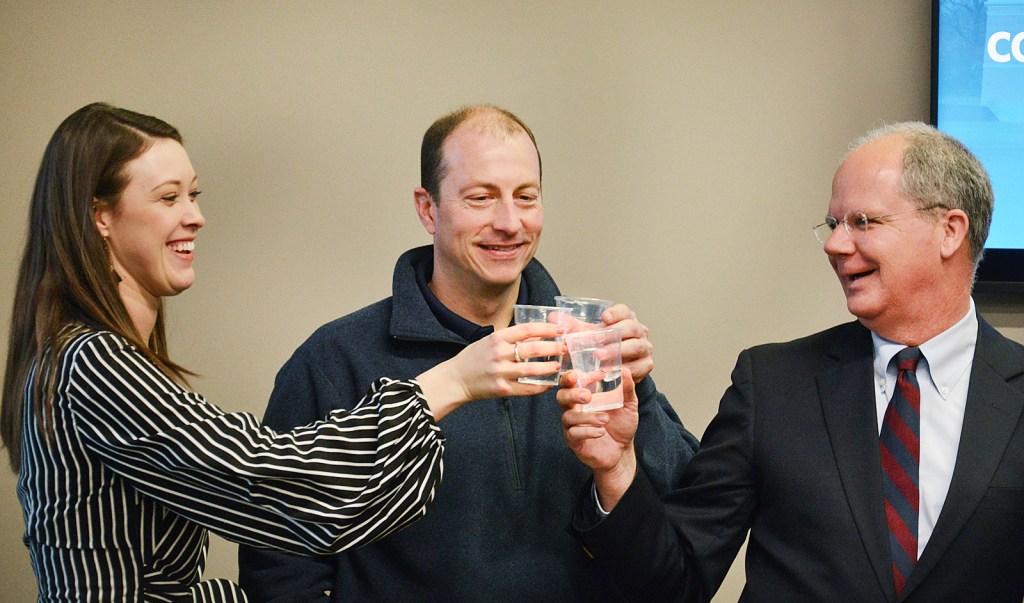 The City of Danville has received a prestigious national award — all based on work done to improve the local water plant and the drinking water that comes out of it.

Danville’s Water Treatment Plant and Raw Water Improvements Project was named as one of the 10 “exceptional projects” on the top tier of the 2019 AQUARIUS Recognition Program, awarded federally through the Environmental Protection Agency. 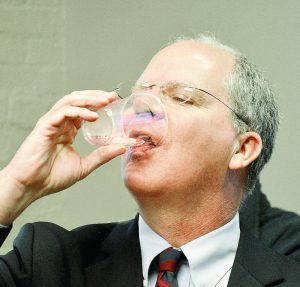 Monday, U.S. Rep. Brett Guthrie made a special trip to Danville’s Water Treatment Plant, performing a “toast” with city officials in celebration of the award, and touring the facility.

There are also 15 cities awarded nationally as “recognized projects” in the second tier, for a total of 25 drinking water infrastructure projects recognized for excellence and innovation within the Drinking Water State Revolving Fund programs.

City Manager Ron Scott announced the award during a prior city commission meeting, explaining the awards were given based on certain criteria that must be met. Those include compliance with the Safe Drinking Water Act, financial integrity of the project and public health benefits.

“I’m advised by Earl Coffey (the city’s municipal utility engineer) that despite the fact that we have received numerous awards already, in the terms of engineering and the improvements to our quality of water, this is really the big one,” Scott said during that meeting.

Coffey explained that AQUARIUS is a $38 billion infrastructure program on the federal level. “It funds all the utility drinking water projects that are sponsored through the EPA.” 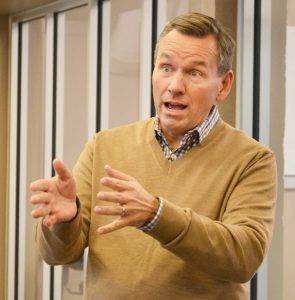 Brent Tippey, with HDR Consulting Firm which helped design Danville’s recently renovated water treatment plant, talks to a group of visitors about the construction on Monday. (Photo by Robin Hart)

Before making it to the federal level, Danville was first selected as “the highest in the state of Kentucky by the Kentucky Infrastructure Authority (KIA) and the state’s EPA,” Coffey said. The project was then submitted to the regional EPA office in Atlanta and “filtered through all the other programs and projects submitted from a multitude of states to receive the top 10 out of that laundry list — it’s a significant endeavor,” he said. The award was also recently recognized in Washington D.C., Coffey said.

Danville also received the 2017 KIA H2O award. According to the KIA, “this City of Danville project is an excellent example of a creative approach to planning and implementation on many fronts.”

KIA says the first key step Danville made was figuring out how to expand and upgrade the current facility, as opposed to building a new one, while continuing constant water services as a regional supplier. The plant supplies water to around 60,000 in Boyle, Garrard, Lincoln and Mercer. 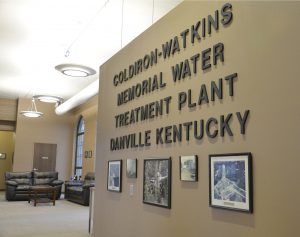 The visitors lobby at the newly renovated water treatment plant is located in what was the original building.

Coffey is particularly proud Danville was highlighted for this fact. “The facility was redeveloped on the existing site,” he said this week. “It saved many millions verus a greenfield site (an area of land needed for a new development).”

Not to mention, Coffey says the plant, located on East Lexington, was built in 1924 and “was not only saved, but fully renovated and incorporated into the facility plan seamlessly. Architecturally speaking we have received many positive comments,” now that the park located at the plant is nearing completion. “… Overall, the aesthetics have been something staff views as successful.”

KIA says the projects awarded “showcase water quality improvements and public health protections that can be achieved when the federal government, states, municipalities and local utilities work together.”

“From a public health perspective, the improvements they have made to the water quality process are impressive,” he said. The equipment upgrades, along with the monitoring systems in place “provide an ongoing confidence that the residence are receiving quality water.”

Blevins also says the facility upgrades blend in well with the surroundings at the park and in the front entrances of the area.

“Andy (Tompkins, water plant supervisor) and his co-workers are a definite plus to this community and the drinking water they produce for all of us.”

The Water Treatment Plant and Raw Water Improvements Project began in 2014 and was completed in 2017, at a cost of  $24 million.

Coffey says KIA will be at the water plant at 11 a.m. Dec. 18 to formally notify Danville of the award.