GED grads have plans for the future 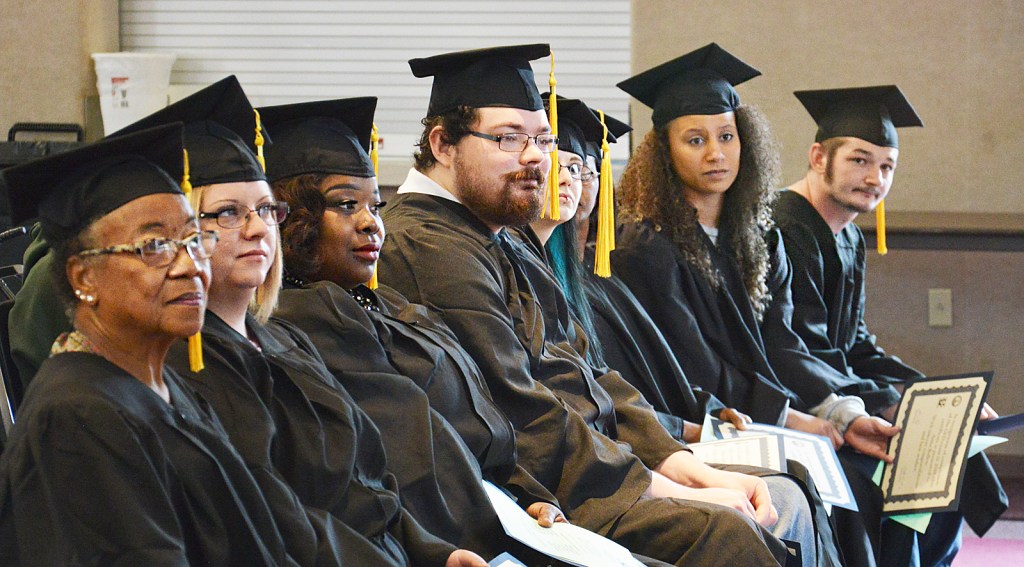 Students who recently earned their General Education Degree through the Boyle County Adult Education program listen as one of their instructors welcomes them, as well as their family, friends and supporters.

Surrounded by family, friends and staunch education supporters, 11 people with a variety of future career plans proudly walked into the fellowship hall at The First Presbyterian Church of Danville wearing traditional black robes and hats. They listened as they were introduced to the audience by teacher Beth Leahey.