Downtown Danville lights up tree, throws a parade for the holidays 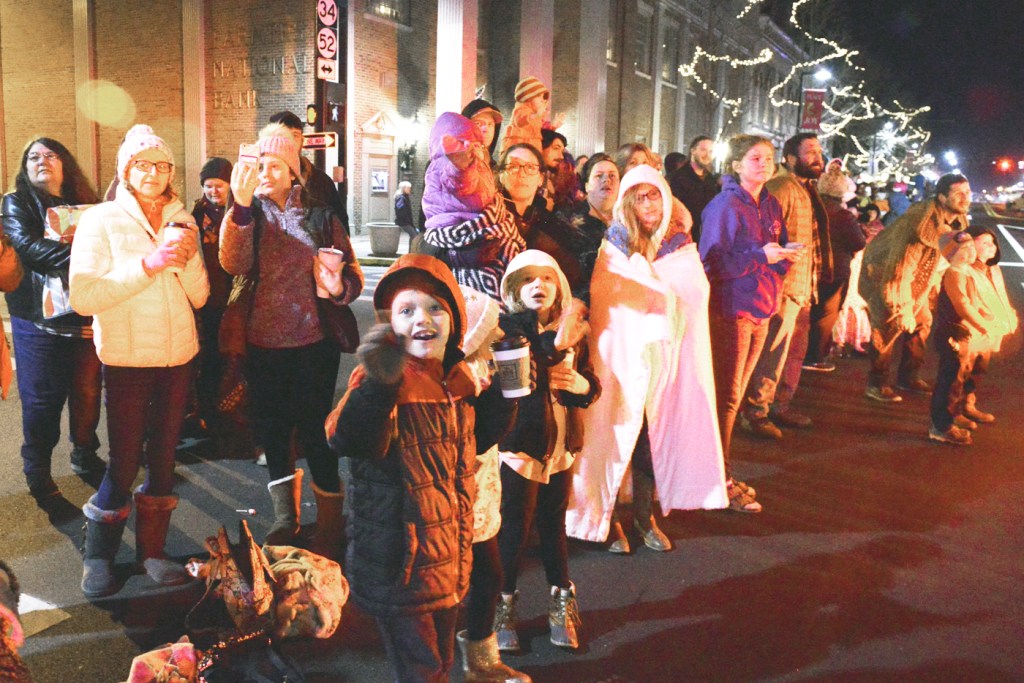 As Santa Claus makes his way down Main Street on top of the Danville Fire Department's truck, some children wave.

It was a brisk night, so families came bundled up in warm coats, mittens and toboggans and some were wrapped in blankets. Adults and children sipped on hot chocolate and coffee as they listened to the Advocate Brass Band perform several familiar Christmas tunes as members of Danville’s Children’s Choir sang.

Once the huge tree was glowing with red, blue and yellow lights, many parents took photos of their children standing next to it.

Many folks walked over to enjoy cookies at a reception at the Art Center of the Bluegrass before finding their spots along Main Street to watch the parade. Others headed over to the Danville Fire Department’s annual community chili supper, where Santa was greeting children before climbing up on the fire truck and taking his place in the parade line up.

As the parade marched down Main Street, children squealed with delight as candy canes were thrown and handed out. Children on floats waved to the crowd and called out whenever they saw their friends. When the Corvette Club came by, a few young boys shouted, “Rev it up!” and the drivers always obliged.

Glenn Doan, Danville’s assistant chief of police, was on-hand working during the parade to ensure it went smoothly, as were many other officers, he said.

“It was a good turn out, and there were no traffic control or pedestrian issues — thanks to all the officers who make it possible by working the voluntary overtime,” he said. “It takes a lot of police resources to get everything shut down.”