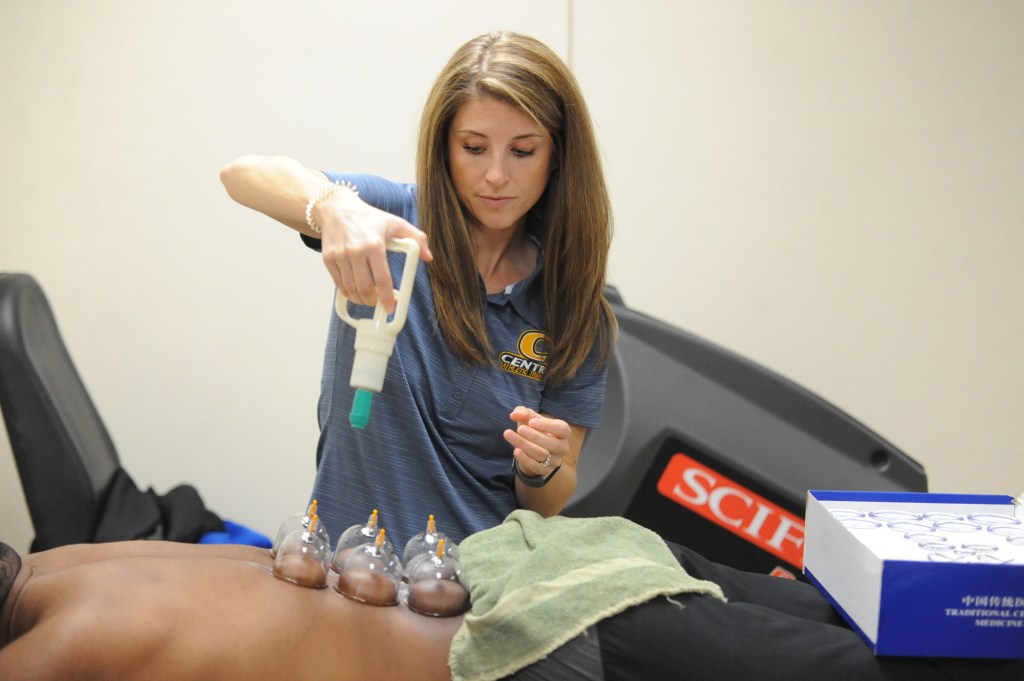 Centre College assistant athletic trainer Mattie Zimmerman maybe didn’t always know that she wanted to be an athletic trainer, but she knew pretty early on that’s where her career path was heading.

In high school, she had a great relationship with her school’s trainer, Adam Elliot. When she enrolled at the University of North Carolina at Chapel Hill, she knew that they had a great athletic trainer undergrad program. And after she entered into that program at the beginning of her sophomore year, she knew that she made the right call. 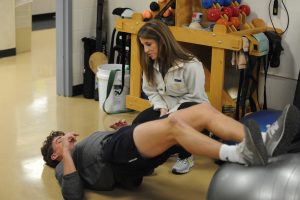 “I’d thought about medical school for a long time, but I don’t really like hospitals. And I didn’t like the thought of having to go through medical school for so long,” she said. “I knew I always wanted to be in sports medicine. So, I knew I wanted to do that. My high school athletic trainer was so good and North Carolina had a really good athletic trainer program. I get to be front and center on the sidelines of every single game. That part is so fun. It just kind of was a perfect fit.”

That perfect fit led her to meet her husband, Grant, which led her to Centre College when he accepted the job as the Colonel’s head men’s lacrosse coach.

She says that one of the good things about being an athletic trainer is that the day-to-day is basically the same no matter where you go. And that daily schedule can get pretty hectic when the seasons start to overlap. 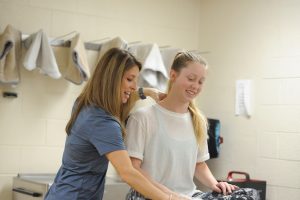 “Usually an hour before practices start is just an influx of craziness. There’s pre-practice taping of several teams at one time. Kids are asking you a bunch of questions,” she said about a normal day. “It’s pretty hysterical and it’s more of the fun time.”

Zimmerman said that — aside from just getting to be on the sidelines for all the games, which she loves — her favorite thing about the job she has is that the relationships with people don’t just end at their lowest points.

“You see someone in great health, and then they’ll get injured but you help them all the way through it and you get to see them go back and play sports and do what they love,” she said. “It’s kind of full circle, which is nice. Compared to other medical professions where you only see them where they’re sick or broken and then you send them off. This way you can actually help them all the way around. It’s very happy.”

Of course, that means that there are times when she has to tell someone that they can’t do what they love, which she says is “so sad.”

Zimmerman says that the biggest misconception about the profession is that they “do not just tape ankles,” but have an array of other skills. However, she says that they’re “totally judged on how good you tape ankles” by the student athletes they treat.

“But we’re really good for rehabilitation and injury evaluation and life lessons and helping people through the college years — or whatever years you’re working with,” she added. 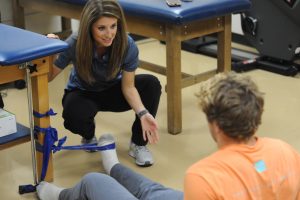 Ultimately, Zimmerman loves almost every aspect of her job, from the students she covers — “I’m older than them all, so they’re all my children” — to the people she works with and other trainers from different schools — “it’s a nice group of people to work with.”

“Athletic trainers are, I’d say, a hidden gem of the medical profession.”