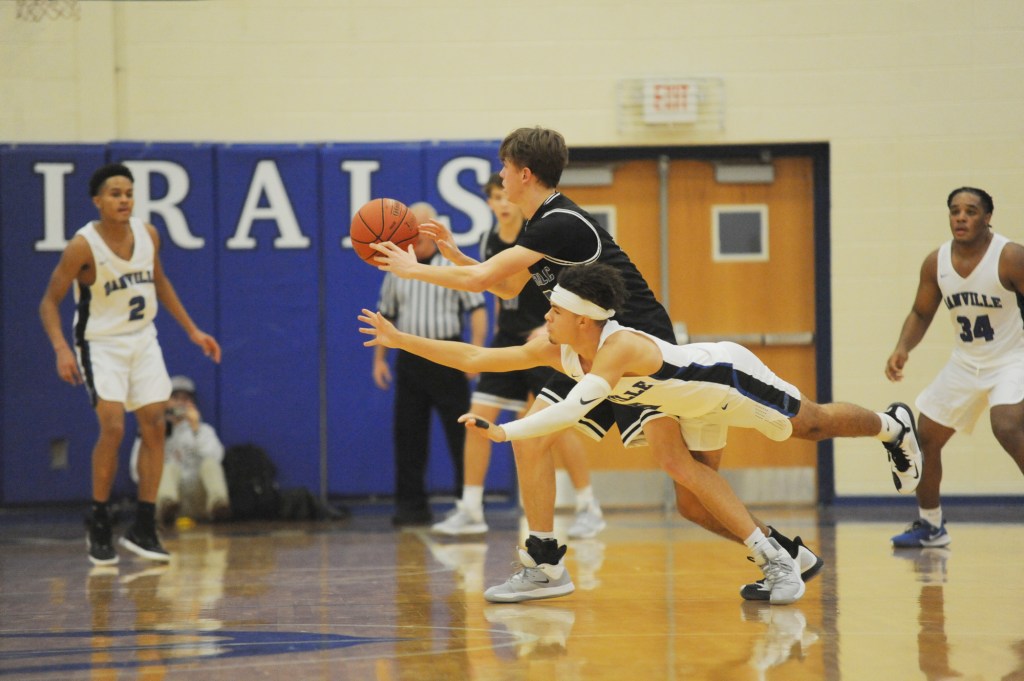 It was a tough week for the Danville boys basketball team.

After opening the season by thrashing McCreary Central 88-60, the Admirals dropped its next three straight, including the regional opener at West Jessamine. Heading into Wednesday night’s road trip to Frankfort, coach Ed McKinney had plenty to talk about to his team.

“Well, we’ve got a lot of stuff to work on. We have to be more competitive collectively,” he said. “Offensively we have to stop settling for the first good one. Sometimes you have to give up a good one to get a great one and we’re not doing that very well.”

His team took it to heart when it travelled to the state capital and controlled the game throughout, winning 72-48 after holding a 45-20 lead at the half.

“Balanced effort tonight. Ball movement was a little better and we hit shots,” McKinney said after the win at Frankfort. “We had 45 points in the first half, so hard to complain about much. But our defensive effort was better too and that led to some good transition opportunities. Darrian (Bell) was big on both ends, Dante (Hayden) played well. Ethan Wood got the start tonight in the post because they had a good big and he was aggressive defensively and did a good job of talking defensively and giving good help.”

Still, McKinney looked back on what has been a brutal stretch to open the year, and hopes that his players can learn from the early season losses.

“Partly we’ve been playing three really good teams. We played a top 10 team in Catholic. Oldham has a great team and it’s always hard to come in here (West Jessamine) and win,” he said after a 67-49 loss at the Colts. “They’ve got a good squad. They expose you. These good teams — if you’re not good, it gets away from you quick. It’s a good lesson for us because you’ve got to compete every possession on both ends or they’ll beat you pretty good.”

That loss at West hurt particularly bad not just because it was against a regional opponent, but also because they got down early and were unable to climb out of the hole.

“It was not good. We didn’t score — when you don’t hit shots it’s hard to stay in it,” McKinney said. “I thought our effort in the second half wasn’t horrible. We played hard but we have to get more collective. It has to be more ‘we’re going to get stops’ instead of ‘I’m going to get mine, you get yours.’ We’ve got to be more cohesive.

“We’ve just got a lot to work on and our schedule’s not — we’re not out here playing directional universities,” he added. “There’s no Southeast Louisiana Techs. We’re playing good teams, big schools. It’s 4A, 5A schools that have good teams. When you do that and don’t play well, this is the end result.”

Part of that lack of cohesion, McKinney believes, is the lack of experience down the roster for the Admirals. Bell and Hayden are the only returning players with meaningful varsity experience. But Danville has gotten good play in spurts from sophomore point guard Aiden Slone.

Slone was somebody McKinney highlighted preseason as a player to watch, and it’s easy to see why. His performance against West Jess on Tuesday impressed the Colts’ leading scorer DeAjuan Stepp who said Slone “did his thing out there tonight” after the game. 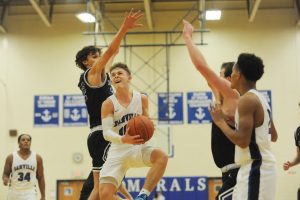 “He has and sometimes the point guard — just like the quarterback — he’ll get some blame when it’s not him,” McKinney said. “Sometimes it’s we didn’t execute or we’re not setting the right screen. I’m really pleased with him. He’s going to be a heck of a high school player. He’s only a sophomore and he’s still learning our guys after having to sit out last year. He’s out of high school game competition for about a year. It’s his fourth game playing with us — he played four or five last year with Boyle — so it’s not like he’s got a lot of experience and these are big games.

“He’s seeing the floor well. He’s hard on himself,” McKinney added. “He needs to turn loose and be OK with some failure and keep on motoring. But I couldn’t be more pleased with him. He’ll get better as we get better and vis versa. I’m looking forward to that. As we get a little more organized and get to playing with each other, we’ll look better.”

It’s another quick turnaround for Danville, who hosts another regional opponent, Mercer County, on Friday.