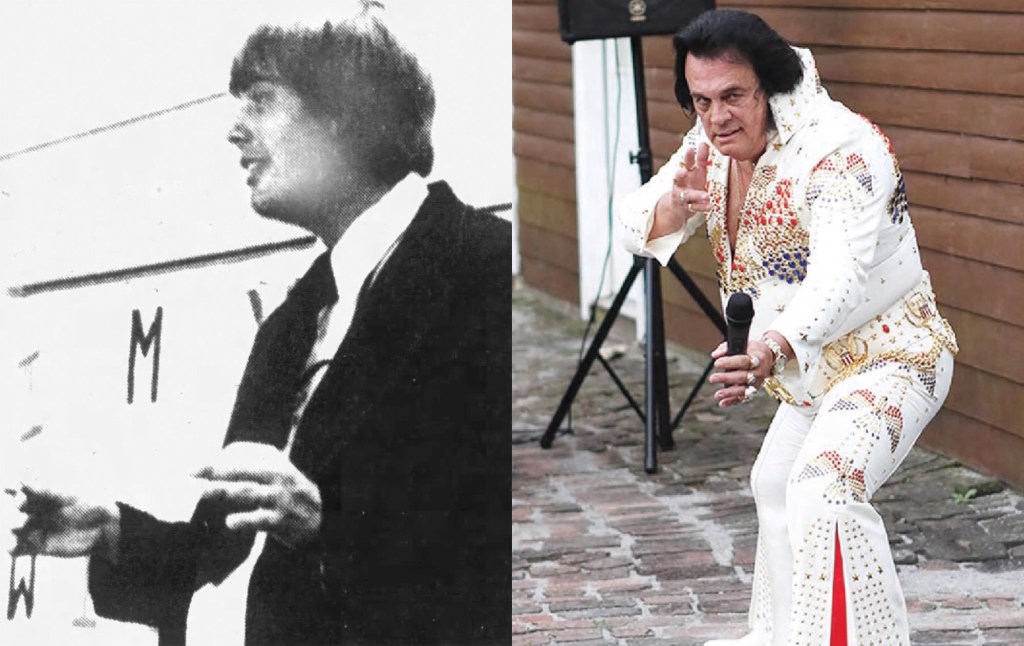 A memorial fund has been established to help keep a former Boyle County High School band director’s memory alive by supporting the band students that he dearly loved.

Dennis Preston “taught some type of music for 30 years,” said his widow, Delores Preston, while sitting in her home near the family Christmas tree. He became Boyle County’s band director in 1976 when he was just 24 years old. He stepped down as head director in 1995, but continued as assistant director and taught music in the middle and elementary schools until he retired in 2003.

“One of the reasons I did this is because Dennis was a poor boy.” He grew up in Harrodsburg with his parents and two brothers in a small, four-room house, Delores said.

“His mother and daddy couldn’t afford much. When he started band (in school) he had to borrow a cornet from his cousin that was all beat up.”

Dennis’s parents couldn’t afford to send him to college, but he was determined to further his education. “If he wanted something he was going to do it. … He was such a determined person, that he was going to succeed, and he did.”

As he built up the BCHS band program over the years— from 32 members to about 130 — Dennis Preston wanted to make sure that any child who wanted to play in the band, would have the opportunity. “He didn’t think a student had to be an extremely good player to be in his band,” Delores Preston said.

“He wanted to give them all an opportunity because he loved band so much through his high-school years, that he wanted every child to have the opportunity that he had.”

The Dennis Preston Band Director Memorial Fund will be used to assist any band student, including those in beginning band, middle school and high school, in purchasing an instrument, paying for band camp or any other band-related expenses, Delores Preston said.

“He was always wanting to do for the student that was deprived because he knew how he was growing up.”

She said instruments and fees continue to get more expensive and some parents just can’t afford to let their children play in band. For example, a trumpet can run between $200 and $2,000.

“I want to keep his memory going because he was known so well and had so many band students. I want them to remember him and what he did with this band, and how he made it grow,” Delores said.

Zach Shelton has the baton in his hand leading the band this year, and he will make decisions on how the memorial fund will be spent, Delores said. When she gave Shelton a check for $500 this fall, he knew of several students who could use some help with instruments, fees and band camp. And he wants to spread it out as much as he can, she said.

When she walked up to the practice field one day earlier this year, “he was loud … and he was doing all these kinds of motions and things, trying to get the kids to understand what he was trying to get them to do, and I said, ‘That’s Dennis.’ He’s got the same antics as Dennis, the same movements, the same volume that Dennis had.”

She said when she talked with Shelton, he seemed to be very “down to earth and very compassionate with the students, like Dennis was.”

Delores Preston said when she first met Dennis at Eastern Kentucky University, “It was love at first sight, but I have to go on, and this is one way I feel like if I can get this fund going in his memory, I want people to never forget him.”

She added, “I’m very proud of what he accomplished here in Boyle County, and I really want to see the band come back, or even go bigger than what he had.”

Another side of Dennis Preston

Although many people knew Dennis Preston as the BCHS band director, they may not know that he was also an accomplished artist, Delores said. He was accepted into an art school when he graduated high school, so he had to decide whether to follow art or a music career.

Dennis Preston also learned carpentry skills from his daddy, Delores said as she pointed out the elaborate molding and wainscoting that he had added to their home. “He was a very detailed man.”

He always was busy doing some type of creative, artistic project, Delores recalled. He enjoyed taking his blue Corvette and souped up maroon pickup truck with purple flames — named “Plumb Crazy” — to car shows. “He was very competitive,” Delores said.

And in 2001 when his daughter, Denise, graduated from BCHS, Dennis Preston decided he wanted to entertain the seniors during “Project Graduation” by portraying Elvis. He designed his own black jumpsuit, had someone make it and got a black wig with sideburns.

When he got on stage, the kids “weren’t really into Elvis,” Delores said. They didn’t know who Elvis was.

But Dennis Preston discovered that he enjoyed performing as Elvis. He loved to entertain and be in the limelight, Delores said. He continued impersonating Elvis at nursing homes, small parties, reunions and other events. When he got tired of wearing the wig, he decided to dye his hair jet black, she said. So whenever he was working at one of several stores in Danville, including Kroger, many people did a second take when they saw a tall man, smiling and chatting with customers who resembled Elvis.

Anyone interested in donating to the Dennis Preston Band Director Memorial Fund may do so at any of the Farmers National Bank branches in Danville; or directly to the PayPal account, PayPal.me/PrestonMemorial.