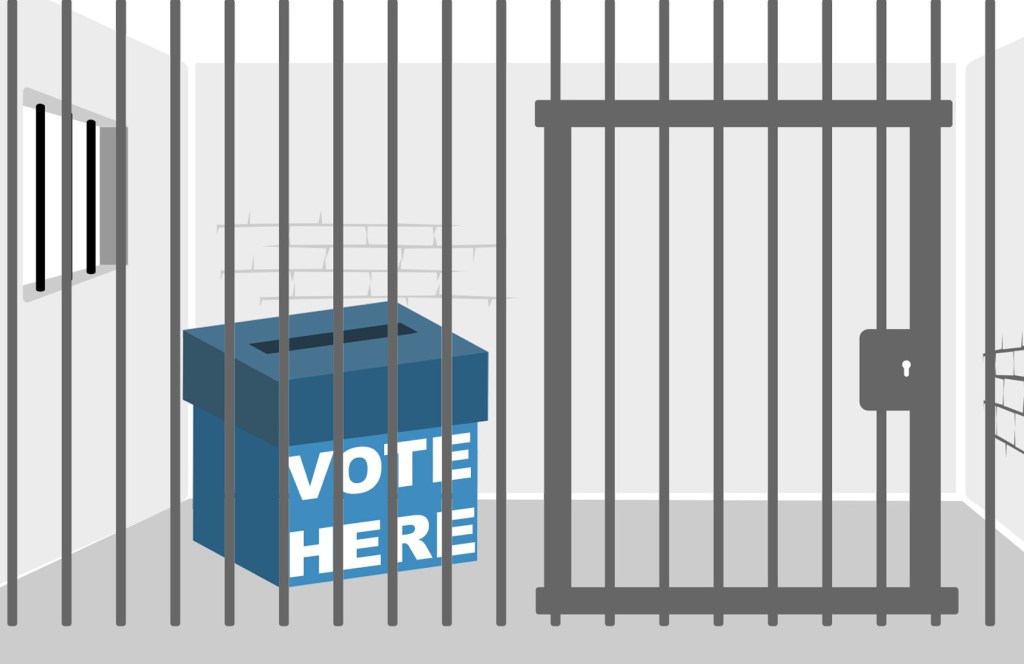 In his inauguration speech Tuesday, newly-elected Kentucky Gov. Andy Beshear vowed to restore voting rights to more than 100,000 disenfranchised voters in the state.

Beshear was expected to sign the executive order Thursday, but did not release specific details about the order in his speech earlier this week.

However, there are approximately 242,000 felons disenfranchised in Kentucky, so it stands to reason Beshear’s order will not fully restore voting rights to all those with felony convictions.

“My faith teaches me to treat others with dignity and respect,” Beshear said Tuesday. “My faith also teaches forgiveness. That’s why … I will sign an executive order restoring voting rights to over 100,000 men and women who have done wrong in the past but are doing right now. They deserve to participate in our great democracy. By taking this step, by restoring these voting rights, we declare that everyone counts in Kentucky. We all matter.”

We support Beshear’s push to restore voting rights to those who are disenfranchised in our state.

Prior to this order, Kentucky was one of only two states — including Iowa — that still stripped all those with felony records of the right to vote.

Today, an estimated 6.1 million people in the U.S. are barred from voting because of a felony conviction, according to The Sentencing Project, a criminal-justice reform advocacy group.

Approximately 2.5 percent of the total U.S. voting age population — 1 of every 40 adults — is disenfranchised.

Each state has its own laws on disenfranchisement.

In Maine and Vermont, those with felony convictions never lose voting rights, according to the National Conference of State Legislatures.

In 16 states and the District of Columbia, rights are restored after release from incarceration, while 21 states automatically restore full voting rights after completion of sentence, parole and/or probation.

Some states, like Mississippi and Delaware, have criteria in place depending on the type of crime for which people are convicted. Mississippi’s statute states, “A person convicted of murder, rape, bribery, theft, arson, obtaining money or goods under false pretense, perjury, forgery, embezzlement or bigamy is no longer considered a qualified elector.” Delaware’s “disqualifying felonies” include murder, bribery and sexual offenses.

Florida, for example, restores voting rights for felons who have completed all terms of their sentence, including probation and parole, and pay any outstanding fines or fees.

Persons with felonies on their record who have completed their sentence, probation, parole and paid all fines and fees attributed to their convictions have paid their debt to society. They should have their rights and privileges restored.

It is wrong to use the right to vote as a form of punishment for these individuals.

Opponents of re-enfranchisement argue felons have demonstrated poor judgement. But the power to vote is one that should not be stripped from us based on errors in judgement we made in the past.

Efforts to block these individuals from voting are undemocratic and disproportionately impact people of color in the U.S., and especially in Kentucky, likely because disenfranchisement has racist roots in the U.S.

“It wasn’t until the end of the Civil War and the expansion of suffrage to black men that felony disenfranchisement became a significant barrier to U.S. ballot boxes,” according to the Brennan Center for Justice. “At that point, two interconnected trends combined to make disenfranchisement a major obstacle for newly enfranchised black voters. First, lawmakers — especially in the South — implemented a slew of criminal laws designed to target black citizens. And nearly simultaneously, many states enacted broad disenfranchisement laws that revoked voting rights from anyone convicted of any felony. These two trends laid the foundation for the form of mass disenfranchisement seen in this country today.”

According to The Marshall Project, a nonpartisan, nonprofit news organization, Black Americans constitute 2.2 million of the disenfranchised; they are banned from voting at four times the rate of all other racial groups combined.

Those who commit crimes but also serve their sentence and pay their debt to society should not expect to be punished for the rest of their lives.

As Beshear said, they deserve to participate in our democratic process.

People should not be denied the right to vote as punishment for a criminal record.

Those who have paid their debt to society are expected to re-enter society and conduct themselves as all other citizens do — working and paying taxes. Yet, they are still barred from joining other citizens at the polls.

It’s past time to reform this practice in Kentucky, and Beshear’s order is a great first step toward restoring the right to vote to thousands of deserving citizens in our state.