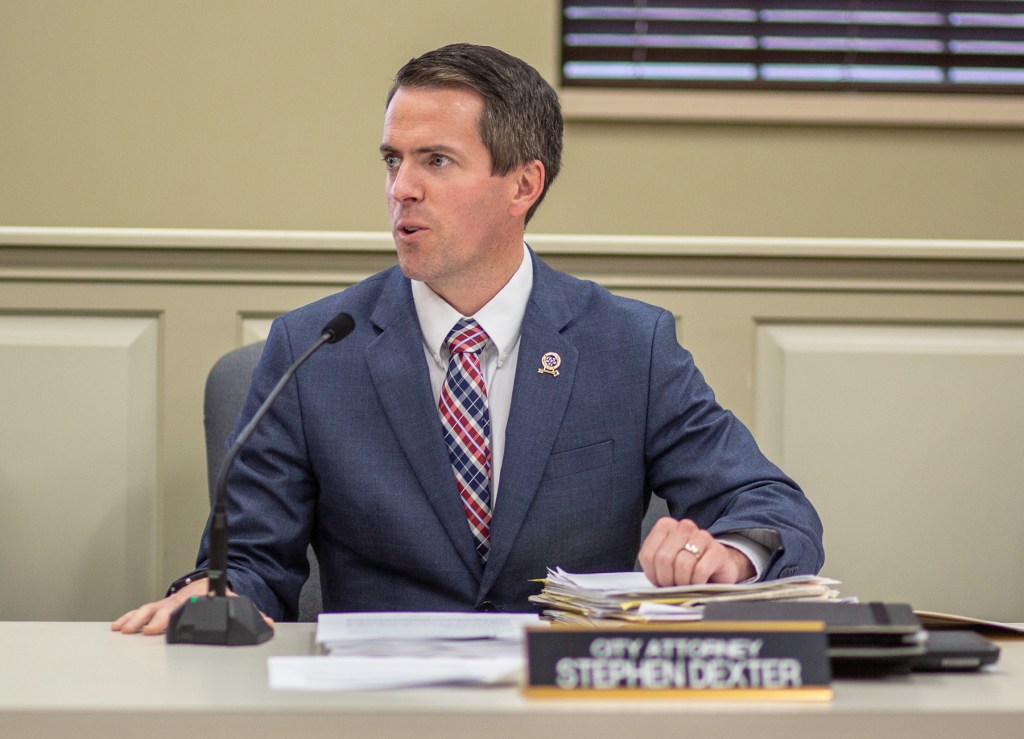 Commissioners voted unanimously to approve six modifications recommended by City Attorney Stephen Dexter, who said he will get the newest version of the proposed agreement to the members of the Boyle County Fiscal Court before they meet on Monday morning to discuss it.

“These are what I would consider minor (changes) but (they) make the document stronger,” Dexter said, explaining that the changes “provides reassurances to the (county) and helps set a foundation of trust and cooperation.”

Danville officials have been pushing for a major reorganization of parks and recreation services for more than a year. This fall, the commission passed an ordinance creating a city-run parks department and ending funding for the joint Danville-Boyle County Parks and Recreation agency. Danville wants Boyle County to contribute a participation fee to the city for management of all parks and recreation services, rather than both governments jointly funding a separate agency.

Dexter’s modifications were intended to address some of the concerns he said he’s aware county officials have about the agreement, including:

With the modifications, “it’s my understanding that the bulk of the concerns of the court and its members have been addressed,” Dexter said.

Mayor Mike Perros said he thinks the mayor or a designee of the mayor should serve on the Parks and Recreation Committee, rather than the city manager. He said having the city manager on the committee seems like “a bit of a conflict.”

Dexter responded that the city manager’s job is to manage policy creation and the budget, and not having the city manager on the committee would limit his or her ability to do their job in regards to parks. Further, no individual member of the commission has the authority to set policy, but the city manager does, as long as that policy fits with what at least a majority of city commission members want, Dexter said.

“I think it would be a misunderstanding of the law … to have anybody other than the city manager in that role,” Dexter said.

Perros said he disagreed but wouldn’t push the issue.

“I think the optics are difficult, but we’ll leave it there,” he said.

Dexter’s modifications passed unanimously. At the request of the commission, Dexter agreed he would make himself available in-person or by phone during the fiscal court’s Monday meeting, so that he could take any feedback and further modify the agreement quickly, or so he could clarify any misunderstandings.

Dexter said the city and county seem like they are very close to achieving something monumental for the community.

“It feels as if another one of those special moments is brewing,” he said, when the city and county work together to solve “decade-old issues.”

“Righting the ship is somewhat about putting us in a mechanism that allows us to be successful. Sometimes friction is a result of format,” Dexter said, essentially criticizing the current parks arrangement for creating or contributing to division between the governments. “What we’ve tried to do is change the format in a manner that allows a larger spirit of cooperation and communication, without the friction. … We are hopeful that the document presented allows the city and county to operate in an effective, accountable manner, that in the end, delivers an essential service to all citizens of Boyle County and its visitors in a way that this community should.”

Commissioner J.H. Atkins asked Dexter to tell county officials that “we’re excited about their suggested changes and look forward to hearing from them again.”

“We’re better when we do that,” he said.