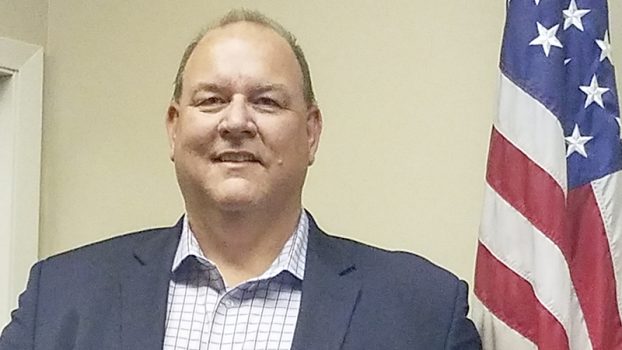 David A. Milliron is the current city manager of Hogansville, Georgia. He will become city manager of Danville on Jan. 15, according to an employment contract approved by the city commission Friday. (Photo courtesy the LaGrange Daily News)

Danville’s next city manager will be David A. Milliron. He is the current city manager for Hogansville, Georgia, a small city of around 3,000 about an hour southwest of Atlanta.

Danville City Commission voted 4-0 Friday afternoon to approve an employment contract for Milliron, whose first day on the job will be Jan. 15.

“It’s been well-discussed and I think we made a good choice. I’m pretty sure the staff and the public will be happy with this gentleman,” Commissioner Rick Serres said. “It was a hard decision, but we feel good about it.”

“And the only reason I think it was a hard decision is because our consultants brought us excellent candidates,” Mayor Mike Perros added. “We could have chosen any one of the three and been satisfied.”

After the meeting, Perros said Milliron’s “presence” is what stood out and gave him a slight edge over the other finalists.

“He has a wonderful presence,” Perros said. “He is extremely intelligent and communicates very well.”

“I like anybody that’s got two boats,” Perros said.

Serres said Milliron is “actually a professor, so he holds himself well in front of people when he talks.” His academic background should fit well in Danville, with Centre College being such a big part of the city, Serres added.

“I think our days ahead are limited only by us,” Perros said.

After approving Milliron’s contract, the commission also voted to accept current City Manager Ron Scott’s resignation letter. Scott had originally intended to retire on Dec. 31, but in his formal letter, that was pushed to the end of January.

Serres said that was done at the request of Milliron, to “give him an opportunity to know how things are running in this city with Ron’s guidance, so we’re going to allow that to happen.”

Perros said the job of city manager is a difficult one because “if you stay in the game long enough, it becomes a no-win situation.”

“To do the job correctly, you’re eventually going to have to say no to people,” Perros said.

Then he offered a brief but glowing review of Scott’s nine years as Danville’s city manager.

“Ron has, with extreme grace, moved this city government forward administratively very well,” Perros said. “The list of accomplishments over the last nine years are numerous and I’m sure at some point, we’ll get to that.”

Scott said he is looking forward to his “second retirement” — he already retired from the Kentucky League of Cities in 2001 — and he is proud of the work accomplished “for all citizens” during his time in the city’s executive seat.

“I’m impressed with your city manager coming in and I look forward to working with him,” Scott said.

He explained he was on-board with the plan to stay an extra month to ensure a smooth transition.

“We want only the best for Danville going forward, and I think this arrangement will facilitate that,” Scott said.

The commission also approved promoting Doug Simpson to serve as deputy fire chief. Simpson was recommended for the position by Fire Chief Ken Pflug and Scott; he replaces Tim Brumfield, who retired this month.