Junction City on its way to constructing a new municipal building 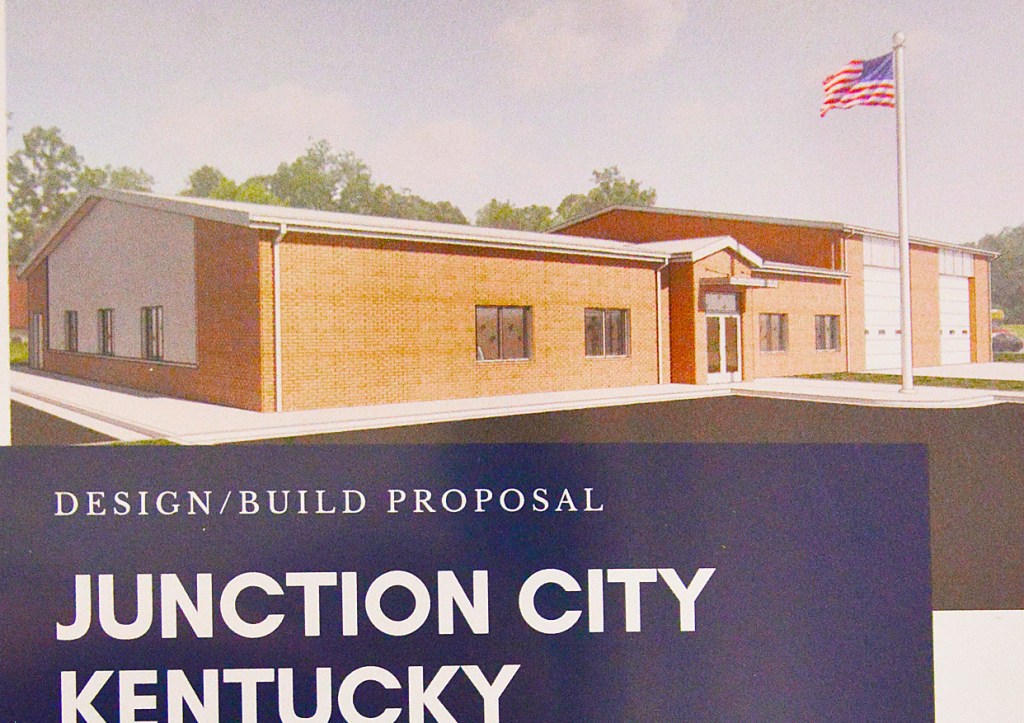 The design of Junction City's planned municipal building will be similar to the one shown here on the cover of Marillia's project proposal, according to Mayor Jim Douglas. (File photo by Robin Hart)

It’s possible that Junction City will have a new brick municipal building by next fall. 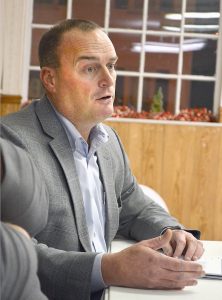 R.J. Palmer, senior vice-president for Compass Municipal Advisors, speaks to the Junction City Council Thursday night about the process of bonds and what the city could afford when constructing a new municipal building. (Photo by Robin Hart)

The first step taken during last night’s council meeting was when R.J. Palmer, senior vice-president at Compass Municipal Advisors, presented the council with the figures of what it could legally afford to borrow for the project, which was nearly $5 million.

The second step: The council voted unanimously to award the construction bid to Marrillia Construction from Lexington, which was the lowest of the three bids the city received last month, at a cost of $1,562,398. The other bids were from Morton Construction Co., for $2,597,256; and Churchill McGee LLC for $3,118,000.

Palmer said since the project the council wants to pursue is about $1.5 million, “This is well within your legal borrowing limits.”

“Based upon the finances of the city, you have the ability to retire this debt over a 20-year period. I think that makes the most sense financially,” as opposed to spreading the bond issue over 25 or 30 years, he said.

Based on his review of the city’s past three audits, the city will not suffer any “cash restraints” making the semi-annual payments — two for interest payments and one principal payment for a total of about $72,000 annually for 20 years.

“You’ve got a cushion over and about what your debt service payment is estimated to be,” Palmer said.

After explaining how the bond process works and the three resolutions the council needed to pass in order to go forward, council members passed all three unanimously.

After the finances were settled, Mayor Jim Douglas said, “You all probably took a long hard look at Marrillia, but pick one out and we’ll award it to them,” referring to the other two bids. 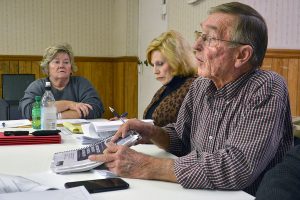 When asked which company he preferred, Douglas said, “No comparison, actually. There’s a lot more covered in Marillia, for example, landscaping, seeding, … paving, curbs and gutters, not included in the second-highest bid.”

Plus, the building presented by Marillia will be mostly brick, he added.

After very little discussion, the council voted unanimously to award the building contract to Marillia.

On Friday, Palmer said after reviewing the city’s revenue vs. expenditures, Junction City is debt-free — except for a lease on a copying machine. “It’s a nice project for a small city. … The city is very well operated.”