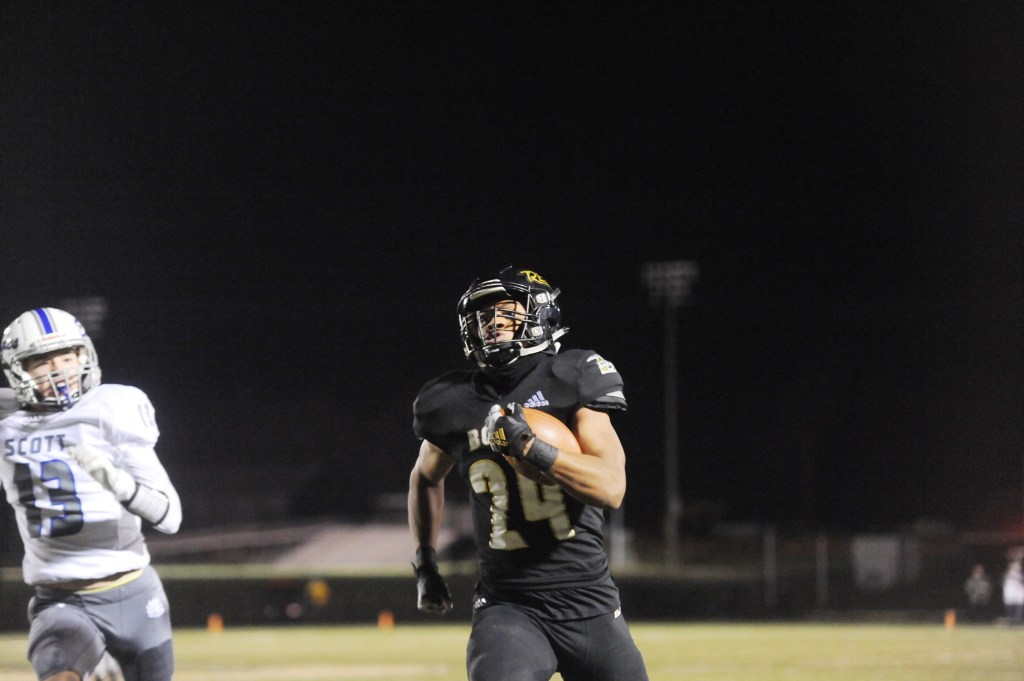 Landen Bartleson committed to Notre Dame as a corner back. (Photo Derek Brightwell)

The 2019 Boyle County football team was one of the most dominant teams in the state all year before coming up a point short of winning the Class 4A state title.

On Friday, the website MaxPreps.com honored five of them with a place on the Suddenlink by Altice All-State teams.

Smith ended his career as perhaps the best player to ever play for the Rebels. A strong case could be made that he was one of the greatest high school receivers ever in the state of Kentucky.

On defense, the West Virginia commit set a school record for career interceptions with 26 — good for top five all time in the state.

Kelly was one of the nastiest two way players in the state, delivering punishing hits to defensive lineman and running backs alike. 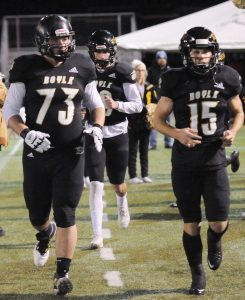 Holding down the interior of one of the stingiest defenses in the state, Kelly had 93 total tackles including 58 solo. He led the team in tackles for a loss with 23 — 11 more than anybody else — and finished second on the team with four sacks. Next year, he’ll play for Middle Tennessee State.

Bartleson is one of the state’s elite corners and will be playing for Notre Dame at the next level. He finished the year with three picks and 40 tackles, despite missing a good chunk of the middle of the season with a hamstring issue.

On his career, he had eight interceptions and 124 tackles.

As a running back, he ended his career with 2,750 rushing yards and 49 touchdowns, including a breakout year as a sophomore where he went for 20 touchdowns and 1,137 yards en route to a state championship.

Lanter ends his career as the best quarterback to ever play for Boyle, and one of the top in the state’s history. His 67.7 completion percentage is the fourth best all-time in Kentucky, and his 9,278 yards are 15th all-time. He also finished 19th in completions (585) and 14th with 109 TDs.

Jackson Smith is the only sophomore recognized on the All-State team, and with good reason. Coming into this year as the top ranked kicker nationally in the 2022 class, Smith didn’t disappoint. He made a state-best 88 extra points, missing only two — and including one PAT from 40-yards out after penalties backed him up. He also went a perfect 8-8 on field goal attempts.