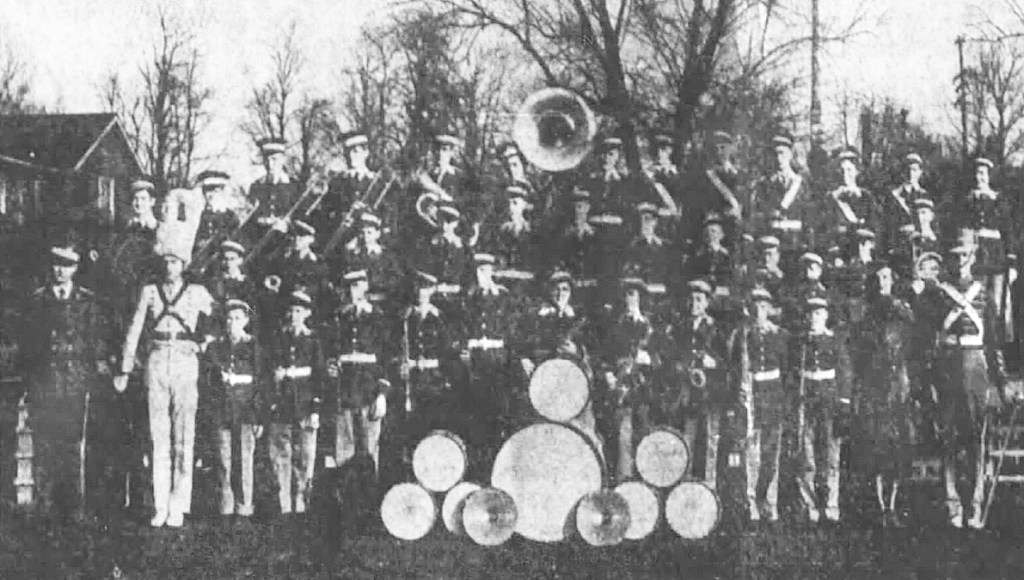 Danville High School Marching Band pose wearing their new band uniforms which were purchased by the Danville Chamber of Commerce in 1936. (Advocate-Messenger archives)

Members of the Rotary and Kiwanis clubs worked to make Christmas a special time for 12 boys and 12 girls 83 years ago. On this day in 1936, two front-page stories in the Danville Daily Messenger told how each of the service clubs made sure that “Santa Claus doesn’t overlook anyone of the community children.” Welfare workers supplied the names of needy children to the clubs, according to the article.

That year, instead of hosting a dinner party for the girls, Rotarians used their money to purchase outfits for the children and gave each one a special Christmas treat. The committee was made up of Jake Baer, Dr. George Sweazey and J.A. Stith.

The boys, on the other hand, were given new clothes, were entertained at a luncheon party at the Gilcher Hotel, given a basket of fruit and were taken to see a movie at the theater by Kiwanis club members

After lunch was served, the boys heard a story about beavers and how they build dams. The storyteller also talked about the many interesting things they could find on hikes out in the country and along streams.

Christmas carols were sung, and were accompanied by a piano and violin.

And after the party, R.E. Ellis made sure each boy got a haircut.

Also on the front page was a photo of the Danville High School Marching Band that was going to be marching in the city Christmas parade at 2 p.m. on Friday, which was just three days before Christmas Day. The parade was sponsored by the Chamber of Commerce “to promote business and create Christmas spirit. The band was going to be wearing its new brilliant blue uniforms, which were also purchased by the Chamber of Commerce.