Turner’s toughness makes her a recruiting ‘steal’ for Norse 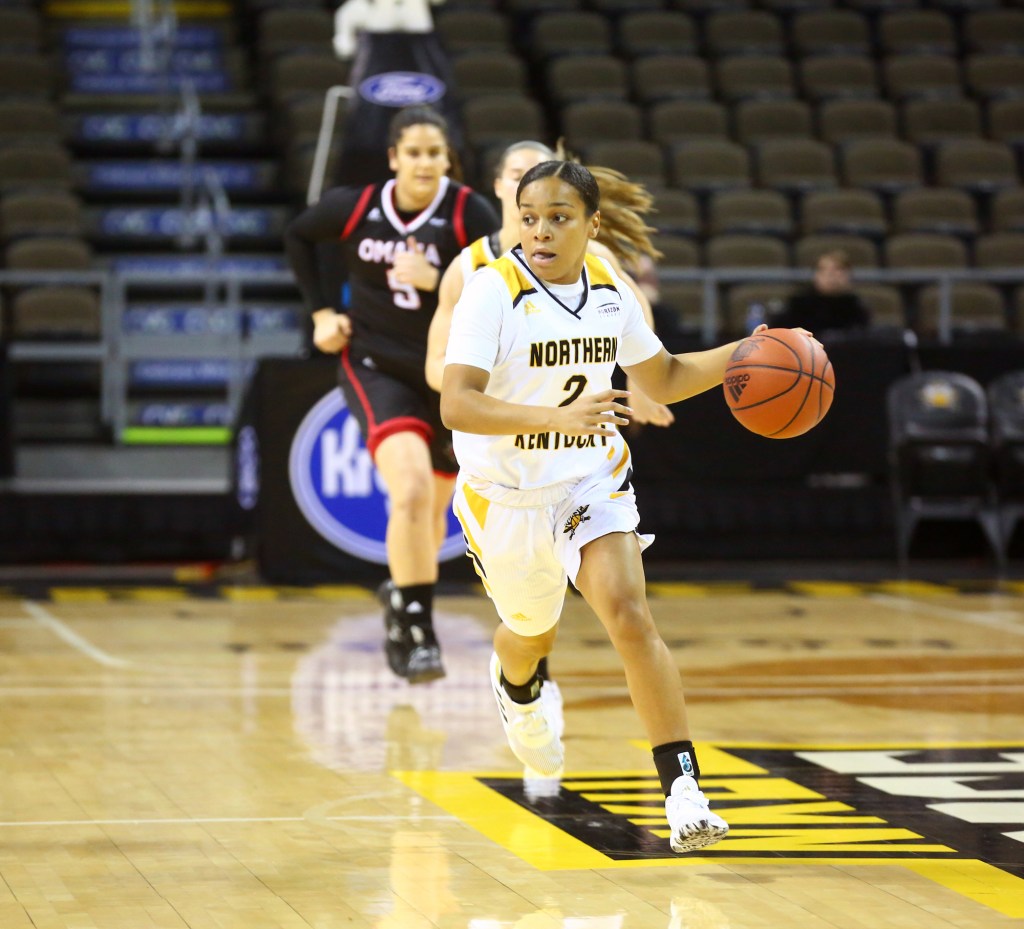 The first time Camryn Whitaker watched Ivy Turner play basketball at Danville High School last season she could not believe how good the 5-5 guard was — or how lucky she was to be there recruiting her.

The Northern Kentucky University coach believes she got a “steal” in Turner. She has started all nine games this season and is averaging 9.7 points — third best on the team — along with 30 minutes, 4.0 rebounds, 2.5 assists and 1.1 steals per game while shooting 40 percent overall from the field and 76.3 percent at the foul line.

Those numbers probably don’t surprise Danville coach Judie Mason who tried to tell anyone who would listen last year how good Turner — Danville’s all-time leading scorer with 2,505 points — was.

Yet Whitaker admits it took a recruiting tip from her own mother to get the Norse interested in Turner.

“My mom’s cousin lives in Danville and told my mom she was a player we should watch. So my mom likes to take credit for us getting Ivy,” Whitaker laughed and said. “I am just thankful we found out how we did and glad we saw something in her nobody else did after we came to watch her.

“We just kind of fell in love with Ivy from the start. I knew coach Mason from back when I played, so I know Ivy had been pushed and coached hard and could play for me. I am kind of old school and tough. It’s just how I grew up. I demand accountability and discipline, but so does coach Mason. One game this season I even told Ivy, ‘Don’t make me go coach Mason on you.’ But I am so happy she is here.”

Whitaker still remembers sitting at Turner’s kitchen table with her mom, dad and sister and telling Turner she honestly had no idea how much she would play because the team had other good returning players and signees.

“I’ll never forget Ivy just looking up and saying, ‘If I am not playing then it just means I need to work harder.’ That’s exactly what she has done since she has been here, too,” Whitaker said.

“I told our coaches in the summer that she would be playing a lot for us. She is so consistent. Never too high, never too low. That’s exactly what you need out of a point guard,” Whitaker said. “Most all of our guards were point guards in high school.”

Ready or not, Turner was forced to play early because Northern’s top two returning scorers were out when the season started. Northern opened 0-4 but Turner got needed experience. Northern is now 4-5 with the only other  loss coming to No. 7 Louisville when Turner had four points and three rebounds in 24 minutes against one of the nation’s best backcourts.

“Our very first game (at Eastern Kentucky) we put her into situations most freshmen don’t have to deal with,” Whitaker said.

“She had a tremendous game. Coach Mason and her whole team were there to watch,” Whitaker said. “We did not win but she gained a lot of confidence. We need a spark who can score, defend, push the ball, play quick. Ivy gives us all that and more. I’m just so happy every day that we have Ivy Turner on our team.”