Young at Heart Band returns to Art Center of the Bluegrass 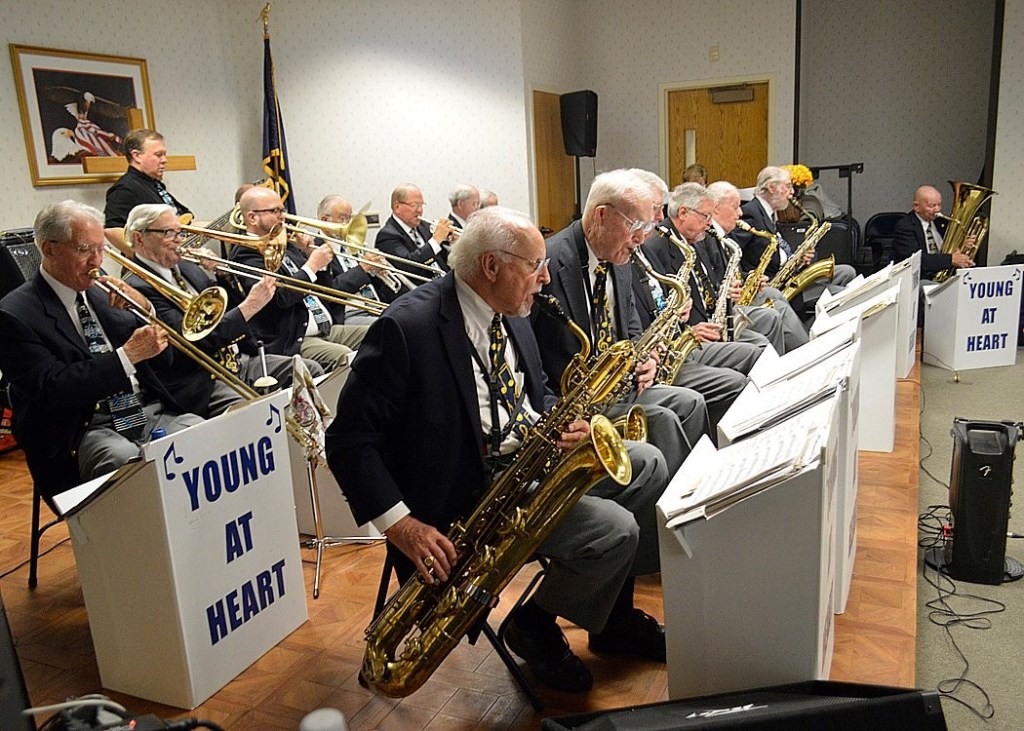 It’s December and that means the return of The Young at Heart Big Band to the Art Center of The Bluegrass for another rousing program of swing music. This will be the Band’s fifth consecutive performance as the Lunch with the Art’s December featured artists.

The band members’ average age is 80 years and counting, but that doesn’t prevent them from raising the roof when it comes to their music.

“The Arts Center of The Bluegrass is so excited to have the Band back again this year. Their appearance has become a holiday tradition at Lunch With the Arts,” says Joan Stansbury, LWTA program coordinator. “When they start to play, everyone gets in the mood.  This has been one of our best attended programs over the past five years – always packed, so I recommend you come early to get a good seat.”

Since its inception, the Band has built quite a following, giving more than thirty performances every year, which speaks to their popularity. Sixteen to twenty musicians from Central Kentucky make up the band, who play their music in many settings, from veterans’ centers to charity fundraisers. The Young At Heart Big Band enjoys bringing the experience of their brand of music to the young, and not-so-young, alike.

The band was formed in 1980 as part of the Donovan Scholars program at the University of Kentucky, under the direction of Dr. Jessica Davidson. They left the Donovan Program in 1989 and reorganized as the Davidson Senior Music Group of Central Kentucky. Dr. Davidson (pianist and director) was a very dedicated lady who had a firm belief in the benefit that senior musicians benefit from participating in music programs. In 2001, the Jazz Band Group left the Davidson program and on October 6, 2000, became the “Young at Heart Jazz Band.”

“In addition to bringing the Big Band sound to appreciative audiences in Central Kentucky,” reminds Stansbury, “the Band also has a philanthropic mission.  Band members are volunteers and no one receives pay. Contributions received by the Band are used to provide instruments to deserving students in area schools and other music programs.  They also accept used instruments, which can be refurbished and given a second life.”

Plan to come early and get a good seat, because the Arts Center of The Bluegrass expects another packed house.

Lunch with the Arts

$5 per person at the door