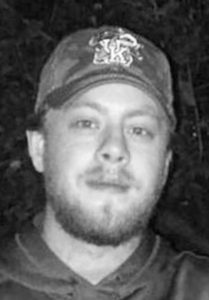 Kerry “Jake” Robertson, 23, of Stanford, KY passed away on Tuesday, December 17, 2019. He was born in Danville, KY on May 11, 1996 to Kerry Robertson and Shelly York Alford. He was a member of Grace Fellowship Church in Stanford, KY. Jake was a true outdoorsman. He loved to kayak, fish, swim and go camping.

He was preceded in death by his grandfather, David York.

A one-day service has been scheduled for Saturday, December 21, 2019 at Spurlin Funeral Home in Stanford, KY. Visitation will be held on Saturday from 11 a.m. to 2 p.m. with the funeral service starting at 2 p.m. with Bro. Vola Brown officiating the service. Burial will follow at Memorial Gardens in Danville, KY.