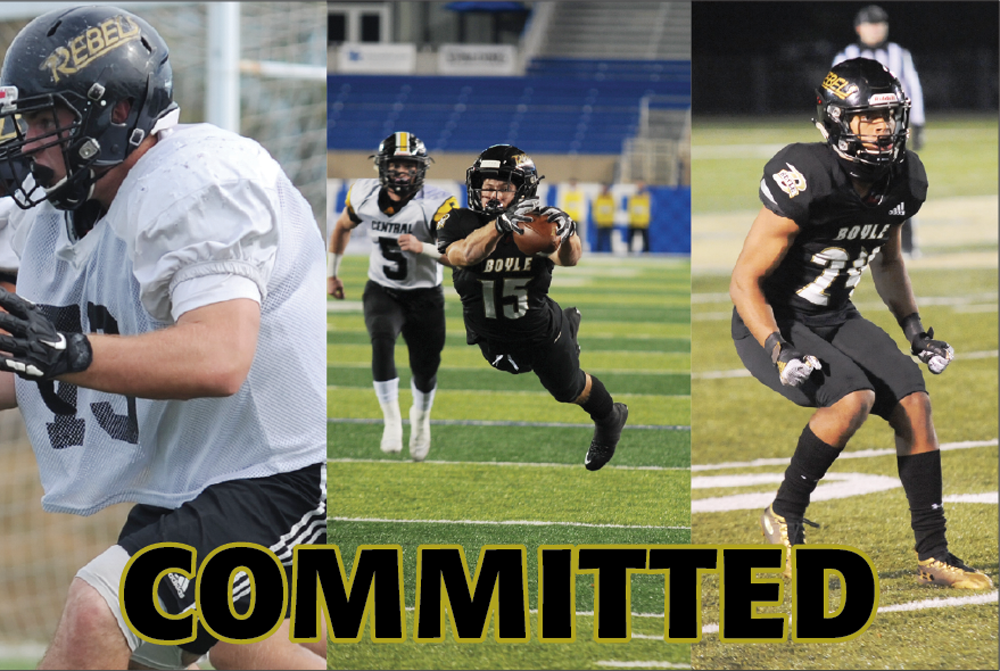 Three of Boyle County’s highly touted and successful senior class will be suiting up for Division I football programs next year.

All three players ended their careers at Boyle County as four year starters. The class won the state championship their sophomore year and finished as runners up this year.

“It’s all for their ability to play the game of football,” Boyle County head coach Chuck Smith said. “It’s a compliment to the Boyle County football program and school system. Those guys took advantage of their abilities and skills and it’s going to be very rewarding for the years to come.”

Reese Smith might go down as the best to ever suit up for the Rebels. He certainly has the accolades to make his case. Chuck Smith agrees. 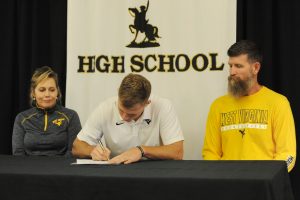 “Probably one of the best football players to ever play at Boyle County High School. He’s just a tremendous athlete and just gifted in so many ways,” he said at the signing. “I’m really proud of Reese and everything that he’s accomplished. He’s broken most if not all of the receiving records here, he’s been a starter all four years. He’s a great person and a really great football player.”

Smith capped his career second all-time in the state in receiving touchdowns and in the top five in interceptions — the only player in Kentucky high school football history to be able to boast that. He broke former NFL tight end Jacob Tamme’s school interceptions record this year.

“Me and coach Brown have always had that great connection, even when he offered me at Troy,” he said. “It carried over when he went to West Virginia. I was one of the first kids he offered and that meant a lot to me. He thought highly of me and I have major respect for him, too.”

Smith said that Morgantown — home of West Virginia University — feels like Danville, which is one of the reasons he was drawn there.

Landen Bartleson was unable to make it to the signing because he had the flu, but was actually the first of the three to sign his letter Wednesday morning from home. 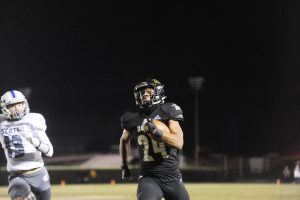 Landen Bartleson committed to Notre Dame as a corner back. (Photo Derek Brightwell)

The Notre Dame commit had offers from Kentucky, Louisville, Michigan, Ohio State and other D1 programs including a chance to join with teammate Reese Smith at West Virginia but ultimately chose Notre Dame.

“Landen — like the other two — started for all four years,” coach Smith said. “He’s had a great career here at Boyle County. We’re so fortunate to have had him on our football team.”

Though he’ll play corner at Notre Dame, Bartleson had a stellar career as a running back at Boyle County. Though he had to miss time his senior year with a hamstring issue — and was part of a three man change of pace backfield — he still had 12 rushing touchdowns and another two as a receiver.

His breakout year was as a sophomore when he helped lead the Rebels to a state title. In that year, he rushed for 1,137 yards and 20 touchdowns.

Wilson Kelly was one of the most dominant forces in the trenches for Boyle on both sides of the ball. He’ll play on the offensive line at Middle Tennessee State, but was a force on as a nose tackle for the Rebels this year.

“He’s just been a beast on the field. Last year, as a junior, I thought he had an all-state year,” coach Smith said. “This year I really think he had an All-American type year. He was a man amongst boys on most occasions and most games we played.” 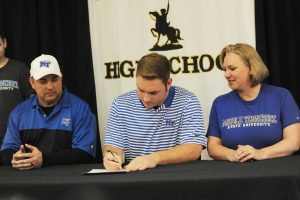 For Kelly, the change from the black and gold of Boyle to the blue and gray of MTSU — also Danville’s colors — will be a weird one, but playing Division I is the fulfillment of a lifelong dream.

“It means the world to me. I know I said I was committed, but that was just a verbal. Now I’m signed it just feels real,” he said. “It’s been a dream of mine since I was a little kid and I’m loving every moment of it.”

For Chuck Smith — who announced his retirement on Tuesday — having three of his last senior class sign to Division I programs on the same day is more than just a reflection on the program. Of all three players, he mentioned the quality of people they are as much as the quality of players they are.

National Signing Day is a big day for every college across the country, but this year, it was a great day to be a Rebel.