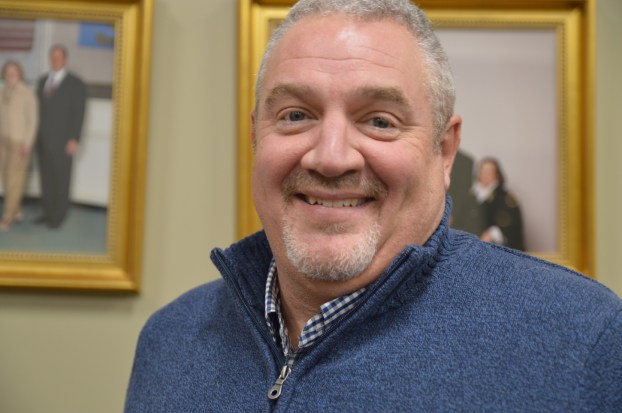 Danville held a special-called meeting Thursday morning to officially pass a resolution which allowed amendments to be made to the Danville-Boyle County Parks and Recreation joint participation agreement. Boyle County magistrates say the fiscal court plans to do the same in a special meeting Friday morning.

The changes to the agreement were discussed during another special city commission meeting held Tuesday, due to further requests from fiscal court for changes in the document.

The new agreement would take effect for the next fiscal year, on July 1, 2020. The current jointly funded Danville-Boyle County Parks and Recreation agency would be replaced with a city-run parks department; and Boyle County would contributed $322,000 annually toward the parks budget. Some county magistrates had previously been opposed to the idea of funding parks maintenance and programming at all parks, saying they wanted county funding to go toward Millennium Park only; they have since backed off of that position.

Magistrate Jason Cullen said Monday he thinks “we’re getting more now for our money than we have in the past. … Our taxpayers and our citizens will get access to Jackson (Park), programming there, access to other places throughout the city.”

Danville City Commission made modifications to the proposed agreement last Friday, in anticipation of some concerns from the county, such as delaying the effective date until July.

Then, the fiscal court met on Monday and Tuesday, approving further proposed modifications both times.

Tuesday evening, City Attorney Stephen Dexter opened up the topic of the new agreement for the city commission.

“There’s been quite a bit of movement on the issue of parks and recreation, which may be an understatement,” he said.

Dexter said the fiscal court’s proposed revisions “did not substantially change the rights of either party, but were sincere attempts at providing clarity.”

Dexter said the city will hire and supervise all staff, who will be under the management of the city manager, which has not changed from the original version. The judge-executive, or whoever he might designate, will serve as a voting member on the hiring committee; but the court wanted to be able to have more input on that hiring process, in case it did not agree with the judge’s opinion.

When that desire was expressed during the fiscal court’s special meeting, Commissioner Denise Terry spoke up from the audience and said she felt like they were trying to micromanage the city’s hiring processes, which she said the city doesn’t do with the county concerning the Solid Waste department or EMS, which are based on the same type of service agreement.

“The intention was not to micromanage the process,” Dexter said Tuesday, but rather, “to have an adequate say in the type of director they felt would be best for the community.” He said the court wants to do that in a manner that was more than “just a representation from the judge-executive on the hiring committee.”

Dexter said what this change does is allow the court to give input on what they “would like to see in a director” should the position ever become vacant. “That is mostly to give to the judge to utilize in participation to the hiring process.”

He said the new language should do this for the court, and it doesn’t circumvent any rules the city has about the hiring process it must adhere to.

The change of language is that prior to the city acting on any recommendation to hire a new director, “said recommendation will be forwarded to the court, which shall have 10 days … to provide a letter of support.”

Dexter said, “That does not mean the hiring is contingent, necessarily, upon that presentation.” He said it doesn’t give the court a veto in the hiring process, but it gives them another opportunity to confirm a candidate “to have a successful partnership, since it is a critical department head in relation to both the city and the county.”

Dexter said he finds the changes acceptable from a legal standpoint. “With that being said, I would say we are largely there.” He asked that if the commission is ready to approve it, he was told by Magistrates Jamey Gay and Jason Cullen that a special-called meeting would be held by the court to approve it, as well, with those changes. Cullen, who was present for the commission meeting, confirmed this.

Serres said he was at the regular fiscal court meeting Tuesday morning, and found a “real strong spirit of cooperation; I think we’re coming together, here. This is where the buck stops.”

Commissioner Caudill, who was present for the court’s special meeting on Monday, said that was the case then, too.

“Thank you, but I’m not going to be willing to take all that on my shoulders,” Dexter said, due to there being “a lot of people who put in a lot of time” to make the situation work.

“This is the way government works. It’s not always pretty, it’s not always easy; it’s rarely easy,” Dexter said. “However, politics, at its very core, is a conglomeration of various interests expressed in various ways from people who all feel passionately that they have the betterment of society at heart.”

Dexter said while the passionate conversation over parks led them down different roads at times, “I think what is exemplified … is there are a lot of people who have the best interests of Danville and Boyle County people in mind.”

He said this agreement is “one more example where this community can come together and do something big and change a department … that can set us up for decades of success.”

The resolution to include the amendments to the parks and rec agreement was passed unanimously in its second reading Thursday morning.