New filing deadline, process in place for filing to run for office 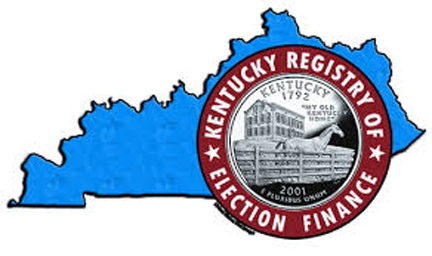 New changes in the election filing process mean candidates for Danville City Commission in 2020 must get their paperwork in much sooner and go through an additional step online.

Anyone who wants to run for Danville City Commission has until 4 p.m. Friday, Jan. 10, to file their paperwork at the Boyle County Clerk’s office. Also new this year, candidates have to complete online registration through the before filing their paperwork at the clerk’s office, according to Boyle Clerk Trille Bottom. That’s just three weeks away, so candidates need to know the new process, she said.

“Don’t wait until Jan. 10 at 4 o’clock and come in here with your paperwork and it be wrong, because then it may be too late.”

In the past, the filing deadline for city offices was much later in January, Bottom said. And online registration wasn’t necessary.

All four commissioner seats on Danville City Commission will be on the ballot in 2020. As of Thursday afternoon, J.H. Atkins was the only commissioner who had filed for re-election, Bottom said. And it took him three times to get the right paperwork because he didn’t know the new process, she said.

The three other current commissioners are Kevin Caudill, Denise Terry and Rick Serres.

A primary election for the non-partisan commission seats will only take place in May if nine people file to run, Bottom said. If eight or fewer people file for the seats, the winners will be the top four vote-getters in the general election in November.

“Candidates have to register on the secretary of state’s website (sos.ky.gov) through the ‘Becoming A Candidate’ link,” Bottom said. There, they will fill out their financial statement of spending intent and appoint their campaign treasurer. The candidate will be assigned a filing number and be pre-approved by the registry. They will have to print out the form and take it to the clerk’s office, she said. “That has to be done first before they file for office in the county clerk’s office,” she said.

The deadline to change party affiliation, which will affect a person’s ability to vote in the primary election is Dec. 31.

Anyone who wants to be on the ballot for the Boyle and Danville school boards has a filing deadline of June 2, and must go through the same process, Bottom said.

Another change that Kentucky legislators enacted affects the “opt out” of making a $10 charitable donation when purchasing specialized license plates, Bottom said.

From now on, the $10 fee is mandatory, and will be added to the cost of each specialized plate, she said.