‘Tis the season for basketball tournaments 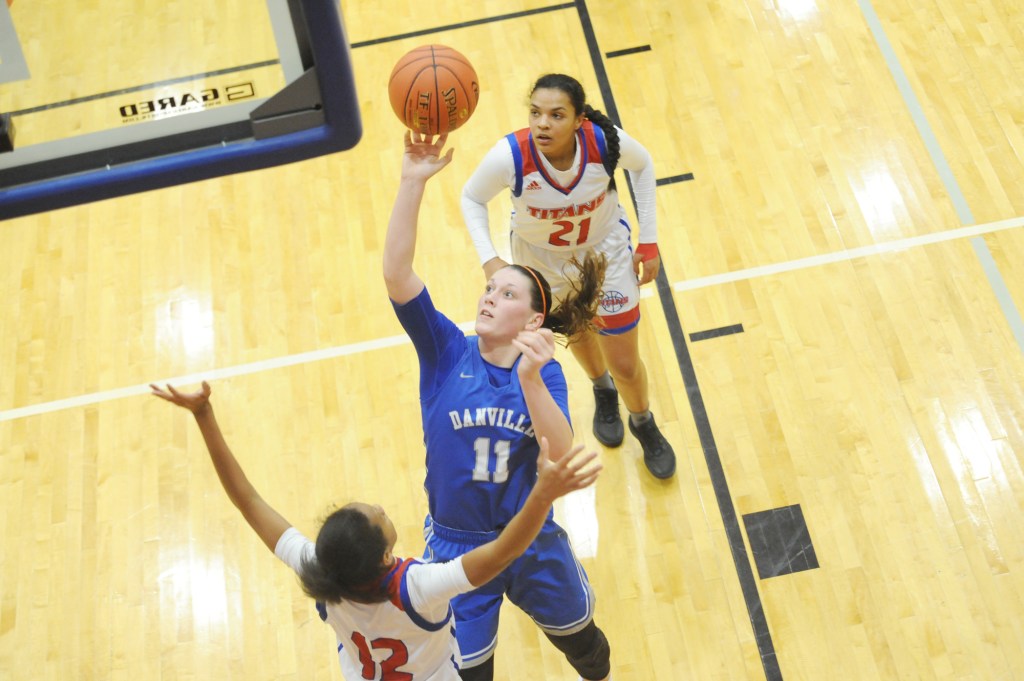 As schools let out for Christmas break, it means one thing for high school basketball teams: Christmas tournaments.

Five area schools will compete in seven tournaments across the state — and one school out of state — this weekend before the holiday.

Danville’s boys teams will stay in region, traveling to Southwestern and Pulaski County for the M&W Shootout. The Admirals are coming in after a week off and on a two game winning streak. They got a double-digit win over 12th region rival Mercer County and took down Frankfort to end a three game losing streak.

Danville (3-3) will take on Bullitt Central on Friday with a 6:00 p.m. tipoff. The Cougars come into the matchup 4-3, and earning a five point win over North Hardin. On Saturday, the Admirals will venture to Pulaski County for a 3:30 tip against Harvest Prep from Canal Winchester, Ohio. Danville closes out the tournament in Southwestern against the host school. The Warriors come in undefeated, boasting a 6-0 record, including four wins over regional opponents. They’ve won all but two games by double digits.

Danville’s led by the trio of Dante Hayden, Darrian Bell and Trey Dawson. Hayden’s 17.8 points per game is tops on the team while Bell averages seven rebounds a game for the team lead. Bell and Dawson both average over 10 points a game as well. Sophomore point guard Aiden Slone averages nine points a game and is the chief ball handler for Ed McKinney’s team. 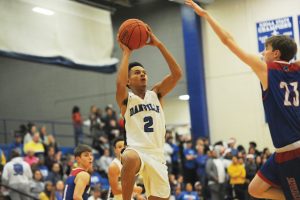 Trey Dawson is one of the key contributors for Danville. (Photo Derek Brightwell)

Danville’s girls team will be heading to South Laurel for a three day tournament starting on Saturday when they take on Grant County. The Lady Ads are hoping to right the ship on the heels of dropping their last two after starting the season off 4-0. Desiree Tandy and Cam Preston lead the team in both points and rebounds. Tandy comes into the weekend averaging 14.2 points and 7.3 rebounds per game while Preston is averaging 12.5 and 8.8. Lara and Jenna Akers are next on the team in scoring with 12.3 and 8.3, respectively. Jenna Akers is also averaging 5.3 rebounds.

The Lady Braves are a tough opponent for the Ads to get, coming in 5-1 on the year and riding a five game winning streak. On Sunday, Judie Mason’s squad gets Covington Holy Cross and their 4-2 record. On Monday, Danville closes out the tournament with Oldham County. The Colonels come in with a 3-3 record, including a loss to Holy Cross as part of a two game losing streak.

Boyle’s girls head up to Nelson County for the three day Lady Cards Hoops Classic with 10 teams. Their first opponent is Elliott County (1-5). The schedule for the rest of the weekend hasn’t been determined as the weekend goes on.

Boyle comes in with a tough loss to Rockcastle County to drop to 2-3. The Lady Rebs have played a tough schedule to start the season, facing off against three teams near the top of their regions. Keely Bowling’s 13.4 points per game leads the way for Boyle while Peyton Bugg has pitched in 10.2. Alyssa Wray is the team’s top rebounder, averaging 7.8 boards per game.

Mercer County’s girls team is two days into its week in Myrtle Beach, SC. On Wednesday, the Titans fell to Oak Ridge High School from Tennessee 62-49. But were able to get a win over McEachern, 58-49 on Thursday. They take on the host school Friday before closing out the week on Saturday with an opponent to be determined.

Entering the tournament, the Titans were 5-1, dropping to 5-2 after Wednesday’s loss. They were coming off of a five game winning streak, including a hard fought win over Danville on the last day before heading to South Carolina.

Garrard County and Casey County boys will both play in the Arby’s/KFC Holiday Classic at McCreary Central. The Golden Lions get Atherton on Friday with a 7:30 p.m. tip and the Rebels will face the same opponent on Saturday at 3:00 p.m. Garrard gets the host school that night. Casey will pull a double header on Sunday, facing Middlesboro in Pulaski County at 2:00 p.m. and heading to McCreary to take on the Raiders in the day’s nightcap. On Monday, Garrard will take on Wayne County.

The Golden Lions are trying to turn around their fortune, entering play with a four game losing streak after winning the season opener. Casey is still looking for its first win, entering play 0-5 after taking two hard losses to Pulaski County 79-43 and Somerset 80-43.

Garrard’s Lady Lions will be joining their male counterpart in McCreary for the Arby’s Holiday Classic. The Lions have played seven games in the early part of the year, winning three — including their last two over West Jessamine 55-44 and Nelson County 71-48.

In the Holiday Classic, they start off with Clinton County on Saturday at 6:00 p.m. On Sunday, they get Knott County Central before taking on the host on Sunday. They close out the four day event on Monday with a matchup against regional foe Pulaski County.

Danville Christian will head to Portland Christian for the PCS Holiday Classic. The four team, two day event will see the Warriors square off with the host school on Friday, and the results of that day’s games will determine the schedule for Saturday. Shawnee and Brown are the other schools taking part in the tournament.

DCA enters play on a three game winning streak to move to 4-2 on the year, and hope to continue its winning ways.

Burgin will have a double-header on Saturday, Dec. 21 as it hosts its Burgin Invitational. After Covington Latin and Cordia square off at 11:00 a.m., the two will take turns playing the Bulldogs. First, Cordia gets a shot at the host school with a 1:00 p.m. scheduled tip before Covington Latin steps back on the court for a 3:00 p.m. schedule.

After taking the holiday off, teams will get back to work for post-Christmas tournaments.