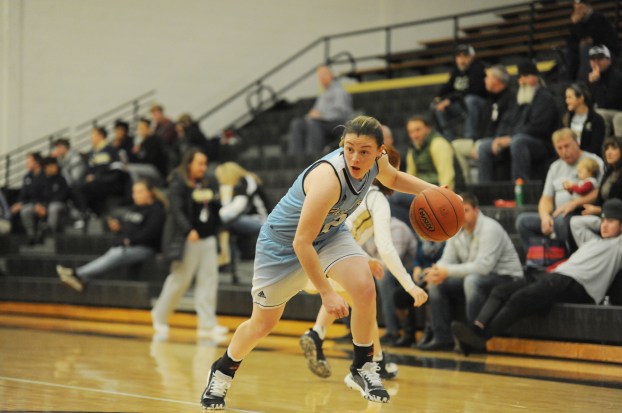 Casey County remains the class of the region

Heading into the weekend’s holiday tournament action, a team that won’t be partaking in the hoops festivities have established themselves as one of the teams to beat this year in the 12th region.

The runners up of the last two years, Casey County entered this year knowing it had a target on its back — returning seven seniors and losing nobody off last year’s team. So far, they haven’t disappointed. 6-2 on the season after Tuesday’s win over Somerset, the Rebels haven’t lost to a team from the state of Kentucky all year heading into Friday night’s meeting with undefeated Rockcastle County.

And the Lady Rebels proved their regional dominance by ending the Lady Rockets’ perfect season.

In Myrtle Beach, SC for a Christmas tournament, the Mercer County Titans have continued their impressive start. After losing the opening day’s game on Wednesday, the Titans have taken the last two games on Thursday and Friday, winning 50-29 over the host school.

Danville dropped its only game this week to the aforementioned Titans. Desiree Tandy grabbed 11 rebounds and matched that total in points for a double-double. Lara Akers, Cam Preston and Ahyana Burnett also put in double-digit points in the effort, but it wasn’t enough to overcome the Mercer who took it 68-58.

Boyle County came into the Nelson County Lady Cards Hoops Classic looking to rebound after a tough loss to unbeaten Rockcastle County. The Lady Rebels suffered another tough loss Friday in Nelson County when it fell 35-34 to Elliott County.

Garrard County bounced back from a tough start to the year, winning its last two games over West Jessamine and Nelson County. Jimmie McCulley’s first year started off with a bang in the form of a season opening win, but they had been unable to get in the winning column until Saturday, winning 55-44 over the Colts. The Lady Lions continued the winning ways on Monday, besting Nelson County 71-48.

The Lady Lions streak continued with a win over Clinton County in the opening round of the Arby’s/KFC Holiday Classic at McCreary Central. Garrard won 71-43 and will take on Knott County Central Saturday at 4:30

Lincoln County’s tough season continued this week when it dropped its only game in the last seven days to Jackson County, 65-56. On Friday, the Lady Patriots (2-5) competed in the Corbin Christmas Bash and lost to Murray 47-35.

Burgin got back in the winning column with a win over Kentucky Country Day 42-33 to improve to 2-4.

Danville will be in action in Wolfe County taking on Taylor County on Dec. 27 as part of a two day tournament.

Boyle County travels to Russell County the day after Christmas to start their second Christmas tournament of the season after finishing up in Nelson County.

Mercer County gets a quick, two day event in Marion County after returning from South Carolina. Casey County, meanwhile, travels to Pensacola, Fla. for a tournament on Dec. 27.

Meanwhile, Garrard County, DCA and Burgin won’t be back in action until the new year.

As teams around the area head into the weekend of Christmas tournaments, Lincoln County remains atop the region with a... read more