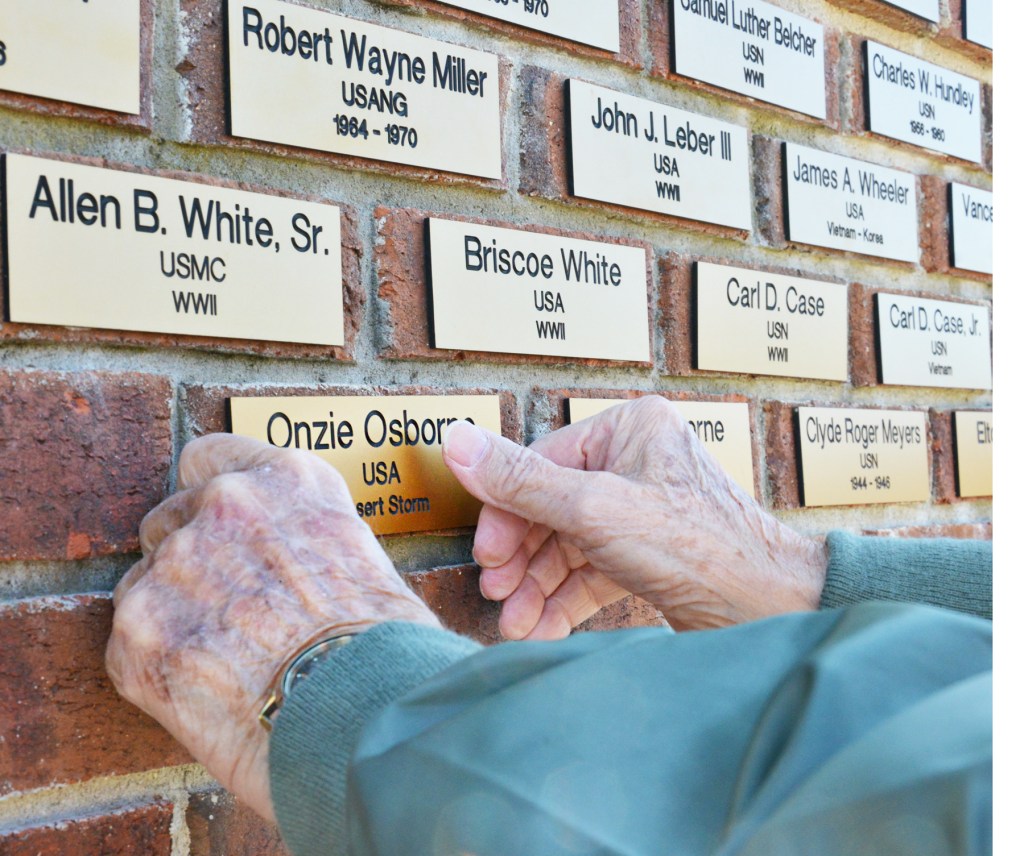 In November, Jack Hendricks carefully adjusts the name plaque of Onzie Osborne, who served in the Army during Desert Storm. (File photo by Robin Hart)

Just in time for Christmas

Jack Hendricks was thrilled that the weather has cooperated to add 11 more veterans name to the Wall of Honor in Whites Park — just in time for Christmas. It now names 1,579 Boyle Countians who have served their country.

The project began 15 years ago.

“We started it, me and my wife, and had help from different folks,” the former magistrate and veterans’ advocate says. He and wife Shirley are veterans, as well. “It’s just about getting the ‘thank you’ out there, having recognition for our Boyle County vets.”

It only takes a call to Hendricks and $15, which pays for the name plaque. However, it must be above 50 degrees to apply them, he says, or the glue won’t set.

Some call to add themselves, while others have family members’ they want to give the honor to as a present. He must have at least six names before he can request the printing of the plates, due to the special process it requires.

Hendricks said erecting the wall was not only about recognizing those who have served — with 77 names included of those who have died in conflicts — for their country, but to offer teachable moments for the younger generation.

“It’s important to have a place where veterans can go out and see their names, enjoy it, take their grandkids and show them ‘I served, and here’s what it means to serve.’”

Whites Park, officially S.C. June White Community Park, is located in the fairgrounds off of the bypass. Anyone who wants to add a veteran’s name to the Veterans Wall of Honor can contact Hendricks at (859) 236-6961.