Fox returns to Shepherd’s House as director of community outreach 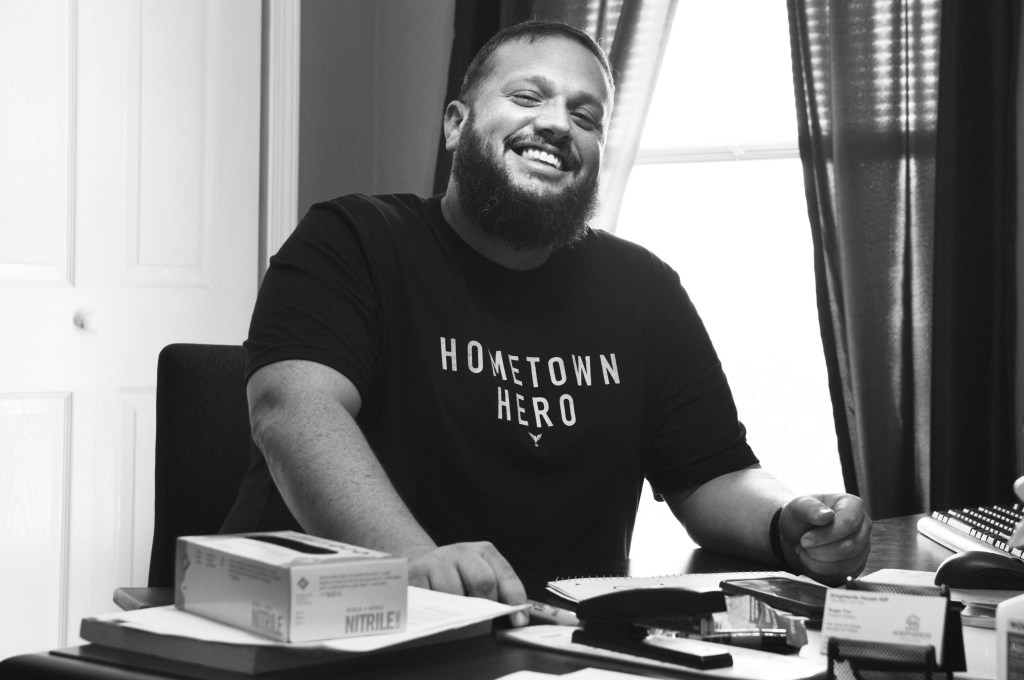 A familiar face is back on the lineup at Shepherd’s House (SH) in Danville. The non-residential addiction program working with former inmates welcomed back Roger Fox.

Fox, who was previously the program coordinator, came back on recently after a six-month stint at Isaiah House (IH) in Willisburg. He will now be the Shepherd’s House director of community outreach.

“In the six months I was at Isaiah House, I learned a lot and had the opportunity to work with some really great people,” Fox says, but he still didn’t feel as though he was “living out my purpose.” He was an executive assistant at IH.

“I missed having the interactions with people who were recently released from the Boyle County Detention Center. I missed being able to share my experience with them and then watch their lives be transformed through the process of recovery,” he says.

And he also missed the staff at Shepherd’s House. “They have been my family for years,” Fox says, who is also a former addict and graduated years ago from the Lexington location.

Fox says Jerod Thomas, president and CEO of Shepherd’s, played a huge role in his return. “He’s been a big factor in my life and has always been a mentor to me in this field and in my own personal recovery.” He says having those relationships and support, along with all of the SH board members, is something he now finds more special than before.

Fox says he sat down with Thomas, along with Tanith Wilson —  who is the vice president of SH and over all its Boyle County operations. “After I spoke with them and they presented this opportunity to me, I knew that this is where I was supposed to be.”

In Fox’s new role as director of community outreach, he will have the opportunity to once again interact with the clients, and can “get back to serving the community,” he says. “Which for me, is the best of both worlds.”

Fox will be back to working in Boyle County District Court, helping those in need get into the program. He will also be reaching out and creating a network to find new opportunities for the clients and staff to be involved in within the community.

“The communities are such a vital part of this program, and I love finding new ways for us to be of service to each other.”

Fox says SH is always looking for chances to be of service to the community. He looks forward to continuing the relationship with Constitution Square Park when needed; clients perform clean-up duties there. He says Perryville Battlefield and the local food banks “have also been very good to us.”

Fox says there are elected officials in Boyle and Mercer who he feels are determined to make a difference. “To work alongside them is really amazing. I also just want to be of service to as many people as possible.”

“Roger is one of the many people in recovery who are transforming the work of ASAP and the fight against addiction in Boyle County,” says Kathy Miles, coordinator of Boyle County Agency for Substance Abuse Policy, Inc. “We are blessed to have him, and so many others like him, walking the walk with all of us to a better and stronger community.”

One of his goals for 2020 is to continue to think outside the box and find different, creative ways to make a difference in the lives of everyone in Boyle and Mercer counties. Fox makes the point that when many are battling addiction, it affects more than just that one person — it affects the community as a whole, and it’s important to see the big picture.

“That’s another thing that makes the Shepherd’s House and this program different — other treatment centers are only worried about the bottom line, and we look for ways to make a difference in the life of everyone.”

Thomas agrees. He says Fox thought “everybody did things like the Shepherd’s House” when he decided to take another opportunity. “But they don’t. Some are run more like a profit basis, and some are run more about helping people and getting them sober.”

Thomas says although Fox isn’t a clinical worker, he knows a lot about recovery — he’s been through it. “He’s more of a community outreach person, a case management guy to direct traffic. He’ll be stationed out of Danville, but since he’s director, he’ll be in Lexington and some other places at times, based on what we’re doing that month.”

But Fox will also jump in to lead support groups when needed, Thomas says, “but will mostly be out there helping people figure out what services are available to them.”

Fox says to get back to this specific line of work is “amazing.” He says due to his solid relationships with treatment providers across the state, he will not only be able to help people get the treatment they need, “but when they need it. And that’s amazing. I feel like this is me, getting to live out my purpose, 100 percent.”

Roger Fox, director of community outreach for Shepherd’s House, is currently looking for more opportunities for clients and staff to get involved in, like service-oriented projects. He welcomes anyone to contact him at (859) 209-4242 or rogerfox@shepherdshouseinc.com.