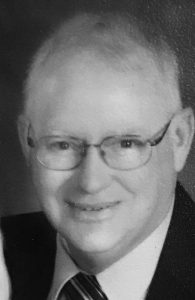 His loving wife, of 44 years, is Sheila Ann Layton Leonard of Danville. Michael was a US Air Force Veteran, where he was stationed in Brentwaters, England, during the Vietnam Era. Michael retired as an Arson Investigator/Detective for the Kentucky State Police.

Michael was an active member of Centenary United Methodist Church, where he worked as part-time secretary, and was a member of the Agape Sunday School Class. In his spare time, he enjoyed golfing.

In addition to his wife, Michael leaves behind one son, Wade Wiggins (Jenifer) of Owensboro, Kentucky; Henry Raikes of Parksville, Kentucky who he raised as a guardian; two grandchildren, Caleb Michael Wiggins and Ava Elizabeth Wiggins both of Owensboro; one brother, Stanley Leonard (Gail) of Tazewell, Tennessee, and many nieces and nephews. In addition to his parents, Michael was preceded in death by one sister, Laura Jean Bolton.

Cremation Rites have been honored. A Public Memorial Service will be held 1:00PM Friday, January 17, 2020 at Centenary United Methodist Church with Rev. Chris Morgan & Rev. Sean Ryan officiating the service. Graveside Committal, with Full Military Honors, performed by the Caswell-Saufley American Legion Post #18 will follow in Camp Nelson National Cemetery. Inurnment will follow the Graveside Committal. The Visitation will be held 11AM-1PM Friday at the church.