Grandparents have quite a soft spot in their hearts for their grandbabies, no matter the age of those “babies.” Maybe this is why the “grandparents scam” call seems to never go away.

Lately, people have been reporting a “resurgence” of the scam call, where someone calls an elderly person’s residence, pretending to be their grandchild in trouble. They say they have been in a terrible wreck and need money for the hospital, or that they’ve been arrested.

“We hear about that one a lot,” says Heather Clary, director of communications for the Better Business Bureau of Central & Eastern Kentucky. She speaks quite a bit to various senior citizens groups, and says at least one if not more of those in attendance have received a frightening call like this.

“All of them have one thing in common: they beg you not to call Mom or Dad … and there’s quite an urgency.” She says the “grandchild” who’s calling has several excuses for why they don’t sound like themselves — “I hit my head or broke my nose on the dashboard in a wreck … It’s a loved one in distress” so people will fall for this.

“They want you to wire the money, so they’ll put someone else on the phone pretending to work for the hospital, or even to be the DA (district attorney) or a defense attorney. And they want you to buy reloadable cards (prepaid cards) and read those to them over the phone. Then they get emptied out. People have lost upwards of a thousand dollars, and it’s untraceable.”

She says many will even ask the victims to take pictures of the backs of the cards showing the numbers to text to them.

“With these cards? You can not recover or dispute it.” 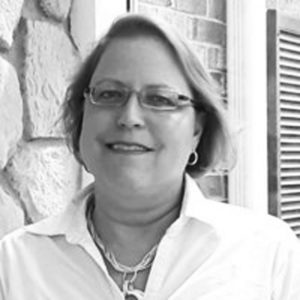 Although she’s heard about this scam a lot over the years and continues to, many may have not. “Because the senior citizen who falls for it may be embarrassed and not report it, and are afraid their adult children will be angry with them,” Clary says.

A good technique to come up with nowadays, she says, is to create a code word with family members. If for any reason they need to call you to get sensitive information, you ask them for this word to prove who you’re talking to.

“The internet is usually how these scammers find out who people are related to,” Clary says, and even how to get in touch with dear old grandma. “You’d be surprised what the internet yields to the con artist … They have such sophisticated computer software and technology.”

Clary says the BBB’s 2019 report will come out in March, which will tabulate all of the scams reported throughout the year. “I will guess that the government impersonation scams will be high on the list.”

These are calls claiming to come from the IRS that you haven’t paid your taxes, or from some agency pretending to have a warrant for your arrest. “It’s scary; just another scare tactic. When what you think is a government agency is telling you there’s some kind of severe problem, we’re going to arrest you for it, people fell for it.”

“Another big one going around is where they’re using the Social Security Administration’s name now.” Clary says the BBB gets several messages a day from people getting calls telling them their social security number has been associated with fraudulent activity.

“Sometimes they just want the number and not money from you. Those things are hot commodities on the black market and the dark web; they sell them to make fake IDs, set up fake accounts …”

She says some of these calls can also be “really scary. They will act like they’re law enforcement, specifically from down in Texas for some reason, indicating your social was found in a car full of drugs or even associated with a drug cartel, threatening them with possible arrests.”

Clary says she doesn’t expect these types of calls to stop any time soon in the future.

“Another new one we’ve heard is the FTC (Federal Trade Commission) being used. We’ve seen it used in sweepstakes scams, calling to say they’ve won a prize or a grant and asking for your personal information and for processing fees … The FTC definitely does not do that.”

She says con artists always seem to follow the headlines, using some kind of twist. “Or clickbate on social media, things like that.”

Social media, Clary says, continues to be a “hotbed of scams,” from people being tricked into believing they’ve won money because someone’s hacked into their friend’s account all the way to fake businesses they give their money to, then never get the goods they ordered.

Clary has been keeping her eye on some movement in Congress to attempt to quell robocalls. “The FCC has been working on it, they’re working with phone companies to help consumers. While there are some methods helping people with that, how far that goes as far as government regulations that can be enacted remains to be seen, but I’m hearing that the phone companies are being cooperative and looking into (a solution),” she says.

This holiday, Clary says they saw the same fraudulent scams as they have in the past. “Money people paid for things they never got. Ordering an item off of a website or that was being sold on Facebook. You have to check out who you’re buying from, see where the business is.”

She says if there’s only an email, then there’s no way to track them if they’re fraudulent.

“Everything is global anymore due to the internet, so many activities taking place on line. Protect yourself.”

Clary predicts that in the new year, “people will really have to ramp up their internet and cyber protection, especially for small businesses. Hackers are really getting good at what they do.”

To report a scam or fraudulent business, visit BBB.org/scamtracker. Clary says the best way they can keep tabs on what the current frauds are circulating is by the public communicating with them.