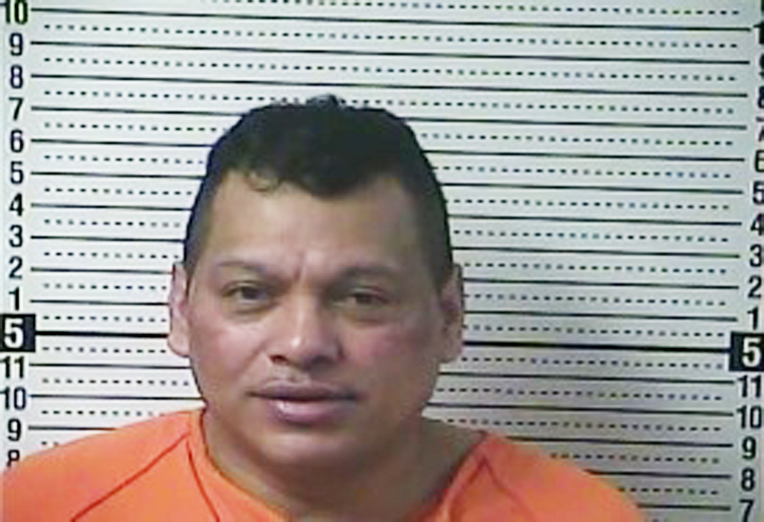 Mariano Cazarin has been charged with drug possession and trafficking after an incident on New Year's Eve. (Boyle County Detention Center photo)

An incident in the bathroom of a local restaurant on New Year’s Eve apparently had management dialing 911, and it resulted in a man getting arrested for possession and trafficking in cocaine.

At 9:50 p.m. on Wednesday, Danville Police responded to Los Rodeos, a Mexican restaurant on Skywatch Drive off the bypass. Asst. Chief Glenn Doan said a third party made the call, who he thinks was one of the eatery’s managers.

“The altercation occurred with another person in the bathroom,” Doan says, but that person could not be located. He said officers could not find anyone who needed assistance or medical attention in the restaurant, but got a description of the other man involved.

Soon after, officers located the other party involved in the altercation at Applebee’s, next to the shopping center that contains Los Rodeos. Officers determined Mariano Cazarin, 37, was under the influence; he was taken into custody.

When Cazarin was searched, officers found six individual baggies of suspected cocaine, along with a large amount of cash. Doan says the powder appeared packaged and ready to sell, leading to the trafficking charge.

Cazarin was charged with public alcohol intoxication and first-degree trafficking in a controlled substance for the 4 grams of cocaine.

“It does appear, when I look at our arrests, that we’re seeing cocaine and methamphetamine a lot more,” Doan says. He says meth has already been back on the rise, but now it seems cocaine is making a comeback, as well, perhaps due to the restrictions on opiates that have been put into place.

“It’s too early to tell at this point, or develop too many patterns of why certain drugs are appearing,” Doan says. “But meth is probably our leading substance when it comes to narcotics-related arrests, more than anything.”

Doan says that an immigration detainer has also been placed on Cazarin, whose address is unknown.

“Basically, when the officers were dealing with him, they determined he was an illegal immigrant. So at the jail, they contact immigration services and place a detainer on him and he can be deported because he’s charged with a felony offense. What happens from here to there, we’re now out of the process.”