A man was arrested Saturday night after allegedly striking a first responder and law enforcement officers in the parking lot at Walmart as they were trying to render him aid. 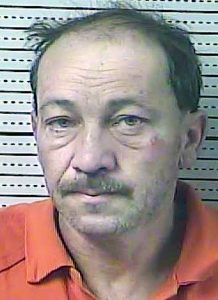 Danville police and emergency crews responded to reports of a male passed out in a white Kia Rio at 7:30 p.m. in the parking lot. They found Richard Denny, 49, of Lancaster, who was initially unresponsive. When emergency personnel eventually were able to wake him up, Denny became agitated and struck a firefighter in the face with his fist, according to a police news release.

Officers intervened, and while trying to get Denny under control, he punched an officer in the face and body, causing minor injury.

Denny continued to resist by throwing punches until he was finally able to be restrained and was taken into custody by more officers.

A traffic stop early Sunday morning resulted in the arrest of two men on drug charges. 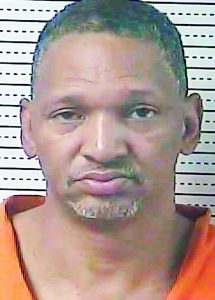 Danville Police stopped a vehicle in the Liquor Barn parking lot at 3:45 a.m. with Vincent Napier, 53, of Danville, driving, and passenger Dejan Haddis, 35, of Washington D.C.

Officers detected the smell of marijuana and alcohol inside the vehicle and on Napier. After searching the vehicle, they found three plastic bags containing marijuana, a white powdery substance, and a yellowish-white substance they believed was cocaine/heroin and cash.

Napier was arrested and charged with possession of marijuana; first-degree possession of a controlled substance, drug unspecified; driving under the influence of alcohol or drugs; tampering with physical evidence; first-degree trafficking controlled substance, drug unspecified; careless driving; no driver’s license; expired registration; and no liability insurance. He was being held on a $12,000 cash bond as of Monday morning. 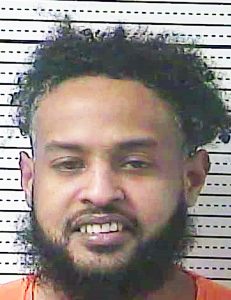 Haddis was charged with possession of marijuana; tampering with physical evidence; and first-degree trafficking in a controlled substance, drug unspecified. As of Monday morning, he was being held on a $12,000 cash bond. Also, Haddis was held on an indictment warrant for felony offenses which had a 10% $10,000 bond.

Condo project, distillery on tap for P&Z this month

January is looking like a pretty busy month for planning and zoning in Boyle County — though not quite as... read more