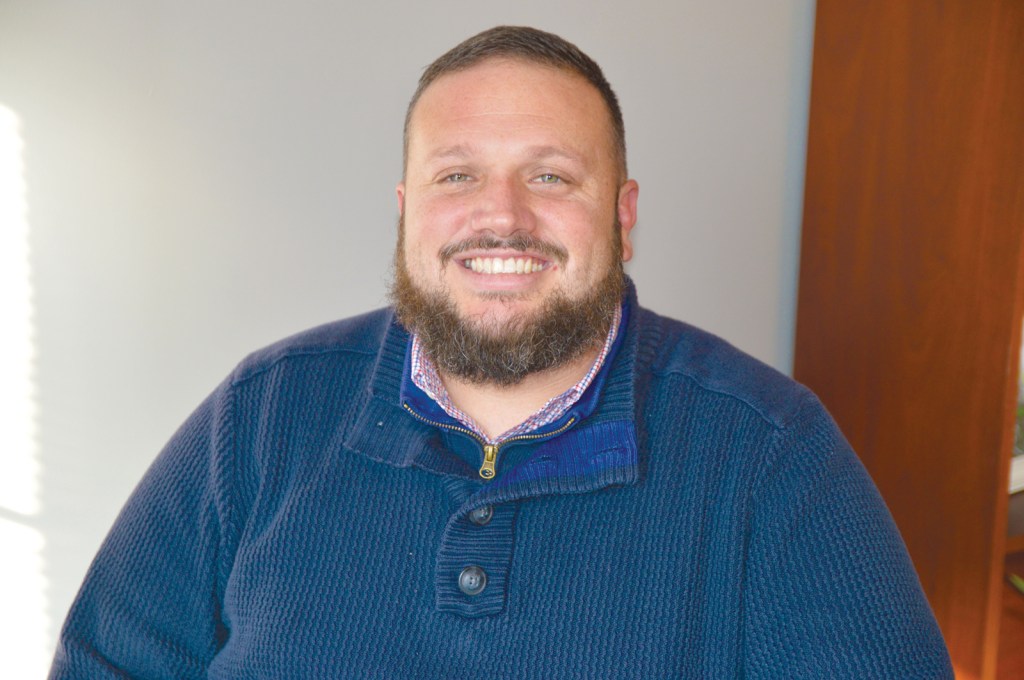 Roger Fox is one of the thousands of former felons who had their voting rights restored by newly elected Gov. Andy Beshear in 2019. (Photo by Bobbie Curd)

Fox is the director of community outreach for the Shepherd’s House, a nonresidential addiction treatment program. He was released from prison in 2015 for drug-related charges, and has made it not only his career but his passion to pay it forward daily with others who struggle with addiction, serving as living proof that someone can turn their life around with the right support system and mindset.

But with his prison sentence came the loss of his right to vote — felons do not automatically regain the right to vote after completing their sentences in Kentucky.

Last year, in an effort to get his right to vote back, Fox joined a lawsuit against former Gov. Matt Bevin, brought forth by the Fair Election Center out of D.C., which the Kentucky Equal Justice Center (KEJC) in Lexington participated in.

“Beshear gets voted in, gets inaugurated, and boom — signs the order which gives 140,000 people the right to vote again,” Fox says. “Which is huge. I’m super-excited to be able to vote, but at the same time, I got kicked out of the lawsuit … and there’s still 200,000 people who won’t get that right back.”

Beshear signed the executive order in early December, restoring rights to residents who have completed sentences for nonviolent felonies. The governor said that the order applies to more than half of what’s estimated to be 240,000 state residents with past felonies.

The order made Kentucky part of a national tide of change. Since the late ‘90s, 24 states have worked to loosen bans on voting rights for convicted felons, with Iowa as the only state still banning those with past felonies of any kind from voting.

Gov. Beshear has said he believes in second chances; a second chance is what Fox has said gave him his life back. He graduated from the Shepherd’s House program in Lexington, after he felt someone believed in him.

He kept in close contact with Ben Carter during the change in law. Carter is senior counsel at KEJC, and says the right to vote is probably the most fundamental one. “He’s very progressive, very outspoken about the issue,” Fox says.

With the position he’s had at Shepherd’s House over the last few years, Fox says it’s been an odd feeling not to be able to vote. He stays up to date on what’s going on locally as much as he can, often representing Shepherd’s House at local government meetings and with other organizations and agencies.

“I’m excited about it. I’m looking forward to being able to vote this year, and helping to make a difference. One thing I always talk about is making those changes on a local level that really affect me, on a day-to-day level, and being able to participate in that is an incredible feeling.”

If he could’ve voted in the past governor’s race, yes — he would’ve voted for Beshear. “I think based off his campaign and platform, he has a vision of a better Kentucky — for every single Kentuckian. Not just certain ones.”

As far as the upcoming year’s election, Fox says he doesn’t know who he’ll vote for. “But that’s the beauty of it, I get to learn. I get to research people, figure out who lines up with my beliefs …”

Another part of it he’s excited about is involving his daughter in the election process.

“Going through all of this has been amazing because I’ve been able to share it with her. This year … we did a school project together that was about women’s voting rights. We were talking about it, and I got to share with her what I was involved in. She wanted to know, ‘Why can’t you vote?’”

Fox’s mother-in-law works in the county clerk’s office in Lincoln County. “So the elections have always been a big part of my family. Being able to talk about that stuff with my daughter and now involve her … She’s only 10. She doesn’t really understand, but I will be taking her with me when I vote.”

It’s all part of life’s plan, Fox says, as far as the path he’s taken to get where he has.

“I like to think if I die today, I at least made a little bit of a difference in the world around me. A little bit — that’s good. But I want to make a lot more.”

One Day: Danville skating rink manager has been entertaining…