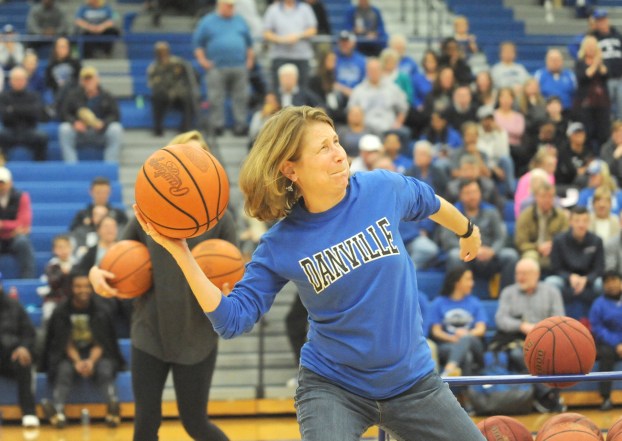 The Danville and Boyle County school basketball teams have taken their rivalry to new heights — this time, to help feed hungry kids in the area. 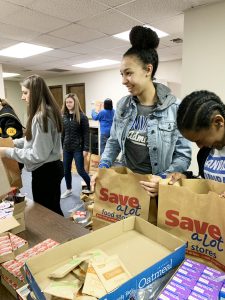 Desiree Tandy, a Danville Admiral basketball player, shares a laugh with others when the Danville and Boyle County teams joined together to pack food bags for Backpack Kids Inc. (Photo contributed)

Backpack Kids Inc. (BKI) has joined forces with the Admirals and Rebels to get the word out about its mission by holding Rivalry Month 2020. The local nonprofit provides packages filled with easy-to-make, take-home food to bridge the gap of hunger for children of needy families after school hours.

BKI’s president, Julie Cox, says blue and gold bins — each teams’ colors — have been placed at Kroger and Save A Lot in Danville through Feb. 7. Customers may buy specific, nonperishable items to donate to whichever team’s bin they want to win. The team that collects the most in food or monetary donations by the end of the competition — which is the night of the last district game between them — wins a special celebration party. The goal for each fanbase is $5,000.

Cox says the boys’ and girls’ teams have really come together to support the cause. “In December, the two girls’ teams came together on a Sunday afternoon and packed numerous backpacks. The following week, the boys’ teams did the same. They did a great job, and had amazing support from their teams and coaches.”

Tuesday night, BKI held a half-court shot contest, which those who donated to the organization could participate in. Unfortunately, no one hit the shot, Cox says, however it was a big hit with many participants. “But we will do it again on Feb. 7 when the teams play again at Boyle.”

The event was not only held for fun, but to build awareness of and support for the goal of BKI, Cox says. 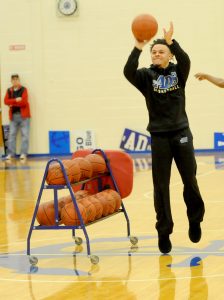 BKI is nonprofit and run by all volunteers. The organization has no expenses, except for the food it provides to kids. And it provides a lot of kids with a lot of food.

“Backpack Kids has been around for a long time,” Cox says — about 18 years. Just in the past two years, it became a registered nonprofit. It was started by a group of people at Centenary United Methodist Church, she says.

“Other churches became involved, so it’s continued to grow to the point that we are feeding more than 200 kids weekly, with weekend food.”

To show its progress, Cox says when she began volunteering in the beginning, they were feeding about 25-30 kids.

The group works with the schools’ Family Resource Centers. Those employees are the ones that have their fingers on the pulse of the areas’ needs, Cox says. “That’s where we connect in terms of knowing who has the need.” 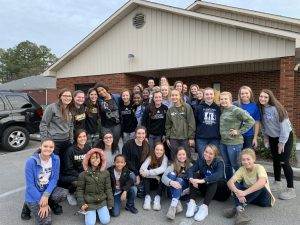 Anna Simpson-Houston is the director of Families First, and works with the two Danville elementary schools. “We really are taking care of a lot of kids and families’ needs as far as food.” She says people really don’t understand the full scope of the hunger issue with school children. Simpson-Houston, along with two volunteers and two staff members, deliver 55 bags of food to kids’ homes every single week.

She says BKI is a “very very important program for us. It helps us not have to worry about how we’re going to feed these folks who truly, truly need it … When a child comes to school on Monday morning and says they’re hungry because they haven’t eaten since lunch at school on Friday, it’s heartbreaking.”

Simpson-Houston has been working with families and kids for the last 30 years, and says people are “just as surprised today by the hunger issue as they were 30 years ago. I think it’s more of a need now than it was then.” She says BKI also keeps food on-hand at Indian Hills, so if a family has a one-time need, she or another staff member can make a run there to pick it up. 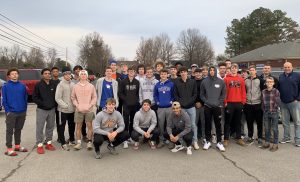 She says families seem to be responsible about using the program. Many will call in and say their financial situation has changed, and ask to be taken out of the program so another family can be helped.

“I really wish we had a freezer or refrigerator that someone could donate, in order to keep some perishables on hand … we need to be able to give them some proteins, too. But sometimes we’re not able.”

“The program has been a blessing for so many families,” says Sandra Clark, with the Youth Service Center at Boyle County High School. She says many families cannot afford the snacks that are provided, like fruit cups, pudding and breakfast bars.

“When a family is struggling between checks, the backpack food helps with making sure kids have some food at home, on the weekends, when they aren’t in school,” Clark says.

Cox says there are five churches represented on the board and within the group by volunteers, who come once a month to pack bags that are sent home with kids. The items are typically purchased from God’s Pantry and delivered to Indian Hills Christian Church, which gives the group a workspace they occupy rent-free. The items are delivered there, packed together by volunteers and then picked up by those from the Family Resource Centers, who Cox says are nothing short of amazing.

“Lots of times, they actually take the food to the kids’ homes … It helps them stay in touch with those kids, and makes it easier for the younger ones to actually get it home.”

The types of foods included are those that are easiest for kids of all ages to prepare. “We include five proteins, a couple of fruits and vegetables — like applesauce and fruit cups — cereal, oatmeal, and other snacks,” Clark says. Once a month, they include peanut butter, and a spaghetti dinner or tuna kit, for example.

BKI provides the packs 50 weeks per year, so it does continue throughout the summer, she says.

“We are very proud of the work these teams have given to our program,” Clark says.

Kentucky residents will no longer pay to receive their GED, thanks to a change announced by Gov. Andy Beshear and... read more