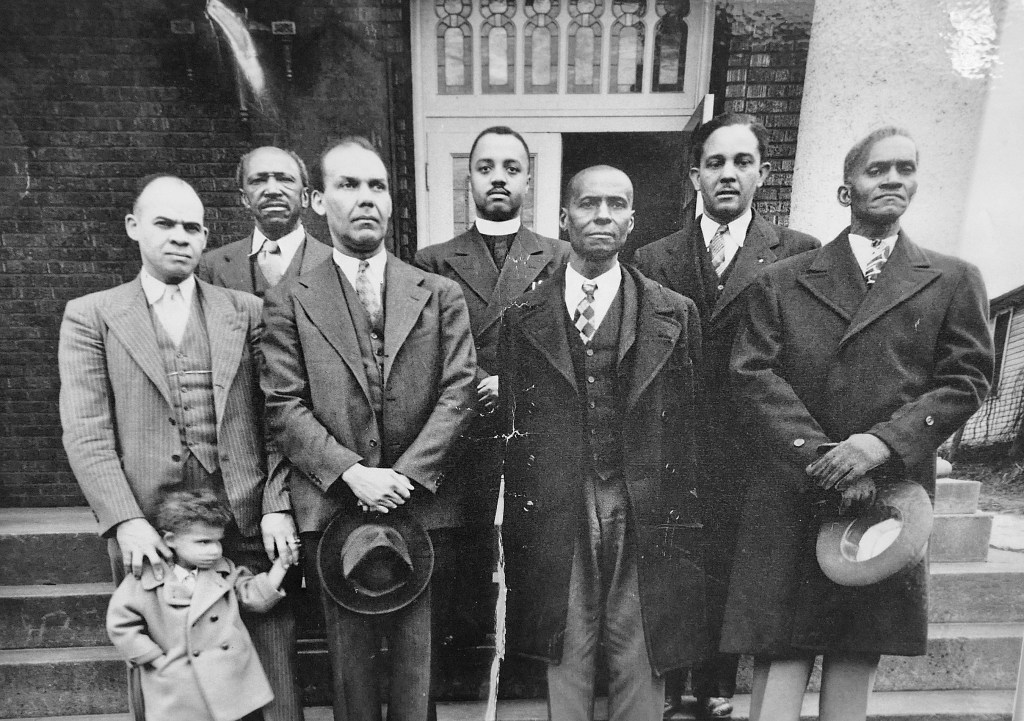 A group of men and a young child are photographed in front of a church in Danville. The photograph is part of a collection of African American photos belonging to Michael Hughes and will be just one entry of a huge display of photos that will be set up in the lobby of Danville High School on Feb. 1.

In celebration of Black History Month in February, the Danville-Boyle County African American Historical Society is organizing several events in the community.

Members of the historical society and the Central Kentucky African American Cemetery Association will be on hand to explain aspects of the display and admission is free. The theme of the display is, “We Were Here.”

A free gospel concert will be held the following day, from 3 to 5 p.m. on Sunday, Feb. 2, in Gravely Hall at DHS. Michael Hughes, president of historical society, said they want to feature as many local singers as possible. Anyone, whether its a church group, choir, civic group or individual, who wants to perform can contact Hughes at (859) 326-6065, or message him on Facebook.

Midway through the concert, Mike Denis, with the cemetery association, will give a short presentation outlining what the historical society has accomplished since it began in December 2013.

Also, at 6 p.m. on Thursdays during February, there will be a Black Film Festival series at the Boyle County Public Library. The films include “42: The Jackie Robinson Story,” “Barbershop,” “Red Tails,” and “A Raisin In The Sun” (1961 version).

Before each showing, members of the community who have an interest or connection with the film will introduce the movie.

Hughes said, “We’re trying to bring young folks in to get interested in the whole mission, and be familiar with the people who came before us.”

Young people need to learn more about the African American community in Danville and Boyle County, he said. “They need to know what our community was and still is. … We need to educate people, ‘We were here.’”

Henson siblings win Arts Citizen of the Year for…