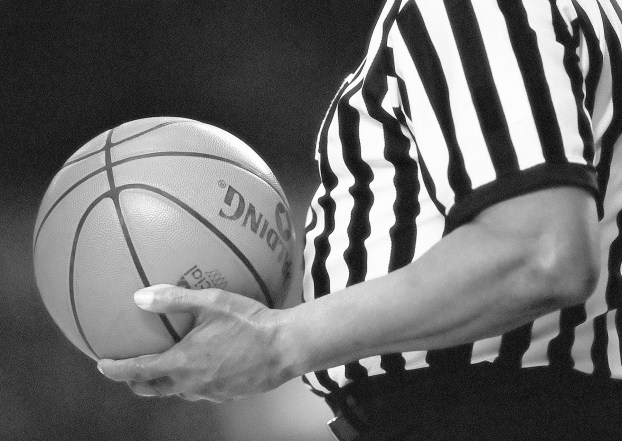 A proposed bill in Kentucky aims to strengthen criminal penalties for people who intimidate or assault youth sports referees.

The “Good Sport” bill is proposed by Reps. Brandon Reed (R-Hodgenville), Chad McCoy (R-Bardstown) and Randy Bridges (R-Paducah), and is inspired by real-life incidents of mistreatment of referees. The bill was written after a ref in Paducah was punched and knocked unconscious.

House Bill 65 was introduced Tuesday and would criminalize intimidating sports officials and strengthen punishment for assaulting them.

Intimidation of a sports official would become a Class A misdemeanor, punishable with up 12 months in jail.

According to the legislation, a person would be guilty of intimidating a sport official if they “directly or indirectly make any threat to a sports official with the intent to cause the sports official to commit, make or delay any act, decision or determination regarding a present or future sports contest.”

The threat would need to present an intent to physically harm someone, cause damage to the property of someone, subject someone to physical confinement or restraint or any other act intended to substantially harm someone’s health, safety, business, financial condition or personnel relationships.

Currently, assault on any sports official is a Class A misdemeanor. HB 65 would raise that penalty to a Class D felony, punishable by one to five years as a state inmate.

Sports officials include referees, umpires and linesmen, according to the legislation.

Mistreatment of sports officials has been an increasing problem around the country, leading to a shortage of officials.

Butch Cope, Kentucky High School Athletic Association associate commissioner and director of championships, officials and students, told WCPO this week his organization loses between 100 and 150 officials each year, and cited the treatment from those on the sidelines as the the primary reason.

“The number one thing they tell us when they don’t come back is ‘We don’t like the way we’re being treated by coaches, players, parents and administrators,’” Cope told WCPO.

According to a National Association of Sports Officials survey conducted in 2017, nearly 48 percent of male officials and 45 percent of female officials have felt unsafe or feared for their safety because of administrator, coach, player of spectator behavior.

Additionally, 57 percent of survey respondents said they believe sportsmanship is getting worse.

Officials indicated in the survey that parents (39.5 percent) and coaches (29.57 percent) cause the most problems with sportsmanship, and sportsmanship is worst in youth competitive sports. Eighty-four percent of respondents felt they were treated unfairly by spectators.

About 5 percent of respondents said they had been physically assaulted by either a fan or coach and about 3 percent had been assaulted by a coach.

The newly-proposed bill comes after a policy change in May 2019 by the Kentucky High School Athletic Association that aimed to tackle unsportsmanlike behavior by spectators.

That policy states, “Any adult spectator … at any KHSAA sanctioned interscholastic event (scrimmage, regular or postseason contest) who is removed by school administrators or by law enforcement (whether or not referred by an official) shall be suspended from attending, at minimum, the next contest at that level of competition and all other contests at any level in the interim.”

KHSAA Commissioner Julian Tackett co-authored an op-ed in February, blaming parents and fans who act up in the crowds for the declining number of referees.

“When you attend an athletic event that involves your son or daughter, or the members of your student body, cheer to your heart’s content, enjoy the camaraderie that high school sports offer and have fun,” Tackett and Karissa Niehoff, executive director of the National Federation of State High School Associations, wrote. “But when it comes to verbally criticizing game officials or coaches, it’s time for everyone to cool it.

“Make no mistake about it. Your passion is admired, and your support of the hometown team is needed. But so is your self-control. Yelling, screaming and berating the officials humiliates your child, annoys those sitting around you, embarrasses your child’s school and is the primary reason Kentucky has an alarming shortage of high school officials.”

Another NASO survey found more than 75 percent of all high school officials say “adult behavior” is the primary reason they quit, and 80 percent of all young officials hang up their stripes after two years of whistle blowing. Abuse from the crowds is the cause.

The newly proposed bill will set a standard of behavior for coaches, administrators and spectators and sends a message that unsportsmanlike behavior will not be tolerated.

Athletes on the field or the court are expected to adhere to a set of conduct guidelines and rightfully so. But how can we expect our young people to exhibit good sportsmanship when adults in the crowd or even coaches are allowed to act out?

While the goal of any sport is to win, the mission of youth sports spans much further. Youth sports teach about cooperation, how to win and lose gracefully, how to take direction, how to stretch our limitations and more.

When referees are allowed to be mistreated, abused and intimidated, it sends a message to our youth that this behavior is appropriate. It sets a bad example and makes it harder to drive home positive messages to our youth athletes.

This new law would allow referees and athletes to focus on the game, rather than what is happening in the stands or on the sidelines.

The legislature should pass this bill and drive home the message that they value the men and women who are sports officials. Furthermore, passing the bill would prove the legislature cares about the future of our student athletes.

EDITORIAL The Advocate-Messenger Gov. Andy Beshear made a good decision for Kentucky’s workforce and Kentuckians’ earning potential when he waived... read more