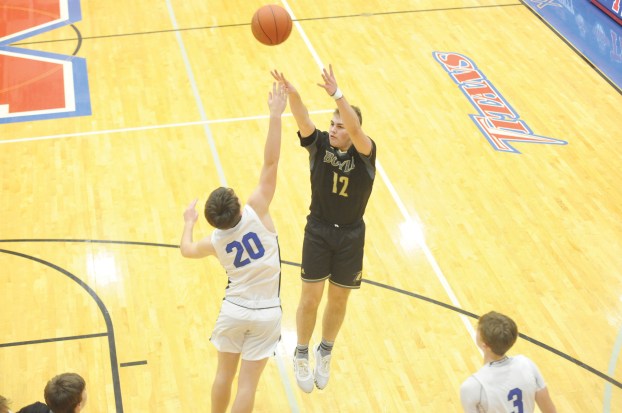 Rebels looking to learn from tough loss to Lex Cath

“Not much more you can say about it. Good old fashioned butt-whooping was that was.”

That’s what Boyle County coach Dennie Webb had to say about the Rebels 69-47 loss to Lexington Catholic in the first round of the 2A Classic Friday night.

Boyle kept things close with one of the top teams in the state in the first quarter — trailing 19-12 after the first horn.

But the second quarter was a disaster for Boyle.

The Rebels couldn’t put the ball in the basket and couldn’t keep the ball out of the Knights’ hoop and were outscored 22-9 in the period.

“We’re struggling to put the ball in the hole. It’s hard to win a ball game when you’re not scoring points,” Webb said. “You can only hold a team for so long. At halftime, we just tried to tell them that first half didn’t matter. Just wanted them to come out in the third quarter and just get after it and I don’t feel like we did.”

It was the second game in a row that Webb said he felt his team came out flat and he’s still looking for the answers.

“I guess just sustaining mental and physical effort,” he theorized. “We battle and compete for a little while — I’m not sure if we’re just not in shape. We’re going to figure it out. We’ve just got to get better at what we’re trying to do and who we’re trying to be.”

The team that beat them Friday night provides a good model for what he’s trying to get his team to look like.

“They’re a good team. They do what they do really well. Obviously they did what they do a lot better than we did what we do tonight,” Webb said. “That team we just played does a really nice job. They’ve done that for years — they run a really great press and they just do it well. That’s where I’m hoping we get to at some point. We’re young, we’re learning.”

Webb is hoping that his team — playing a lot of sophomores and freshmen — can take Friday’s loss and get better from it instead of getting down on themselves. He’s confident they will.

“We’re not going to panic,” he said. “That’s a really nice team and we’re just going to take this one and learn from it and grow. We just got to get better is all we can do… We took one on the chin, and we’re going to bounce back and get ready for Mercer County.”

As for Friday night’s game film?

“Honestly, I think this is one we just throw out,” Webb said with a chuckle. “You’re asking me now and I’m not sure what the positives might be. We’ll look at the film. I think there were times we did a nice job handling the press. We played some good man-to-man defense at times, but we just threw the ball away too much. We did a nice job for a while and then we quit doing what we tried to do and it snowballed from there.

“We’ll try to find some positives but more than anything, I think we’re just throwing this one out the window is all you can do.”

The Danville boys answered the bell twice Friday night, and that was enough for one big district win. The Admirals... read more