The haircut of destiny

Life with a smile

Have you ever made a decision that, once made, was so obviously the right one that you wonder how it took you so long to arrive at it? That happened to me recently.

Before you get your hopes up that this is a really profound article, full of deep meaning and existential considerations, let me warn you: it’s about my hair. 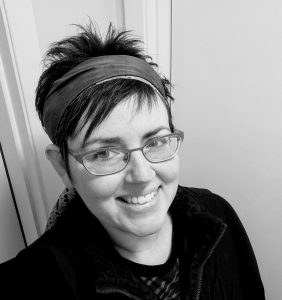 In a moment of reckless confidence in the early days of the new year, I traded in my longstanding brown bob for a spiky pixie-cut with red highlights — because, why not? I am not a particularly brave person in most aspects of my life. (See earlier articles wherein I reveal my irrational anxiety regarding putting out my garbage cans at night.) Nor am I fond of taking risks, as anyone who has ever had the misfortune of playing strategy-based board games with me is painfully aware.

But hair doesn’t scare me. I figure the worst-case scenario is a few months of avoiding pictures and wearing a lot of hats. I can handle that level of risk.

Thus, armed with an inspiring photograph of much skinnier and more glamorous woman than myself, I headed to the salon. The vibe I was looking for, I explained to my stylist, was something along the lines of “edgy art hedgehog.”

She was understandably a bit concerned.

It took us a couple tries to get it right. The first attempt produced a modest pixie cut with sleekly shaped sides and a feathered puff at the top. It was flattering, but not edgy. Upon seeing a picture of the cut, my best friend gently referred to it as a “mom pixie.” So I returned the next day and we took more off. There were clippers involved; the kind that buzz terrifyingly close to your scalp while you picture yourself ending up like Demi Moore in “GI Jane.”

Apparently, hair has to be pretty short in order to be spikey.

And then, there it was. My haircut of destiny. Fun and punky. Effortlessly (with the assistance of a blow dryer and styling paste) carefree. It was like this haircut had been residing patiently in the ether, waiting for me to summon it so that we could rule the world together.

I’m going to tell you a secret. When you decide to make a big change to your look, schedule it right before a major social event. I’m serious. Get yourself out and around as many people as possible as soon as possible. Here’s why: Ninety-nine percent of people are kind and generous souls. They will not tell you to your face that they hate your haircut. They will say they love it. And you will therefore feel supported, powerful and sexy.

It’s good to get a healthy dose of affirmation right away.

As an interesting anthropological side note, with a few exceptions, the men in my social spheres were noticeably less enthusiastic about my new look. I believe this is due in equal measure to a fear of being interpreted as inappropriate and to the fact that the majority of men secretly prefer long hair on women. And before you fight with me on this, I didn’t say every man. I said the majority. And I stand by that assertion.

Too bad for them. I love it, apart from the minor issue of how much more prominent my ears have suddenly become. Luckily, bohemian scarf-like headbands are quite trendy right now so I’ve stocked up.

With my ears gently tucked beneath a festive strip of fabric, I sally forth into the world, ready to seek beauty, walk boldly and generally rock the new year.