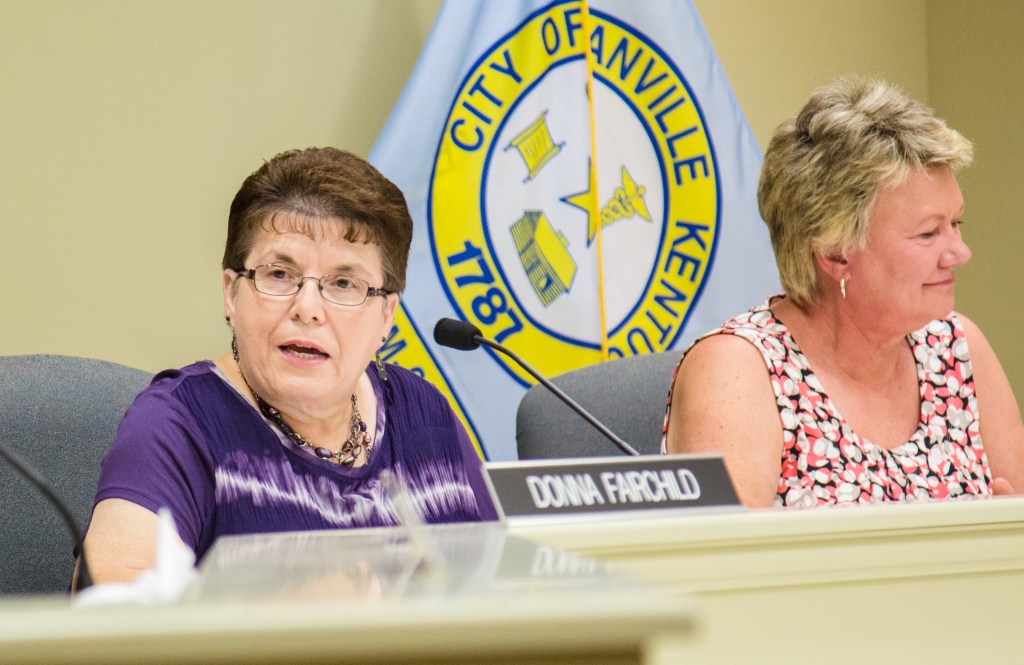 Virgie Johnson, left, leads a meeting of the Danville-Boyle County Board of Adjustments in August 2017. Johnson served on the board for more than 34 years, and was chair for most of that time. She died Friday. (File photo by Ben Kleppinger)

Niki died from injuries sustained in a two-vehicle wreck on Dec. 31; she and her human partner, Deputy Casey McCoy, were on-duty but not responding to a call at the time. McCoy received stitches to his hand following the wreck.

Young died Jan. 12, leaving behind her husband, Ian, and two children, according to her obituary. She was a Boyle County and EKU graduate who worked for Wilderness Trail Distillery and attended Perryville Baptist Church. Her father was beloved, long-time Boyle County High School band coach Dennis Preston, who died in 2018 from cancer at the age of 68.

Johnson died from cancer on Jan. 10, P&Z Director Steve Hunter told Boyle magistrates Tuesday. She had served on the Danville-Boyle County Board of Adjustments since Jan. 1, 1986, making her tenure on the public board more than 34 years long. 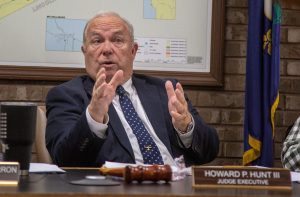 “That’s unheard of,” Hunter said. “I’ve never had .. a board member that served” that long. “It’s a great loss for our community and the board of adjustments … a tough day for the planning commission.”

Magistrate Tom Ellis said Johnson and her husband Jay, “her soulmate for over 50 years, are two of the hardest-working volunteers for our church” in Forkland.

Laura Guerrant with CASA of the Bluegrass was also at Tuesday’s meeting and shared that Johnson was a “beloved” volunteer, working as a court-appointed special advocate to represent the best interests of children who have been abused or neglected.

“It’s a great loss for our community,” Guerrant said.

“We stand in adjournment this day, the 14th day of January, 2020, in recognition of Virgie Johnson’s commitment and service to the county Denise Young and her service; and Niki and her service,” Hunt said as he closed the meeting. “To all these we are deeply (grateful). And in recognition and appreciation of each and every one of them we ask that their family members that remain — that they would be blessed with the Lord’s love.”