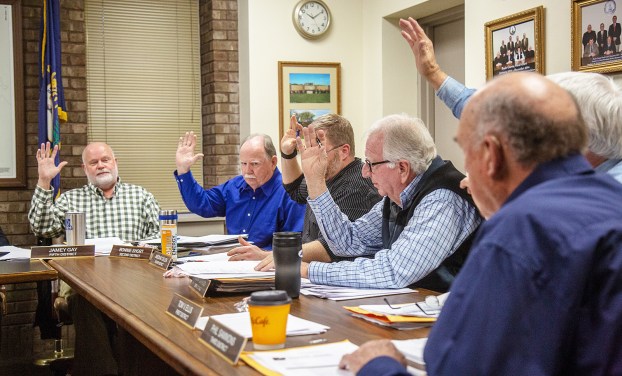 Boyle County has dubbed itself a “Second Amendment County,” following a recent trend in Kentucky among communities where there is significant opposition to any legislation that could be considered “anti-gun.” 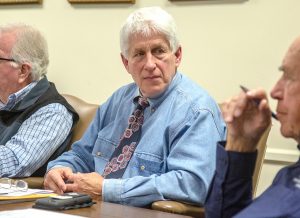 The fiscal court voted unanimously in favor of a resolution read by Magistrate Tom Ellis Tuesday. They received a round of applause from some in the audience, including a group of people who said they were with Kentucky United, an organization formed to support action by local governments to affirm or protect Second Amendment rights.

Ellis and Judge-Executive Howard Hunt explained that the resolution named Boyle County a “Second Amendment County,” but not a “Second Amendment Sanctuary,” as some other jurisdictions have termed it, because the word “sanctuary” seemed to be creating confusion.

The term “sanctuary city” is already used to refer to cities that pass resolutions or policies against assisting federal immigration forces with finding or removing people who may not have legal status in the country.

Ellis pointed out that Kentucky’s Senate Bill 1 for the current legislative session “has to do with illegals in sanctuary cities” — the bill would make it illegal for local governments to enact or enforce “any sanctuary policy.”

Ellis said the term was causing some to suspect that declaring a jurisdiction to be a Second Amendment sanctuary “could be a conspiracy to take our weapons.”

Magistrate Ronnie Short said he had heard from several people in Boyle County who were concerned about Boyle County becoming a “sanctuary” county if it had anything to do with immigration.

“I just reassured them that we was not going to do that,” Short said.

Hunt said the message of the resolution is the same with or without the term sanctuary.

In support of these positions, the resolution cites the Second Amendment — “A well regulated militia, being necessary to the security of a free state, the right of the people to keep and bear arms, shall not be infringed.” — as well as Supreme Court rulings in support of individual gun rights.

The resolution also states that the court “is concerned about the passage of any bill containing language which could be interpreted as infringing the rights of the citizens of Boyle County to keep and bear arms.” 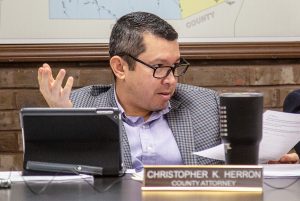 Boyle County Attorney Chris Herron said he asked for some corrections to a draft of the resolution to ensure it did not violate state laws regarding local firearm control ordinances. With those changes incorporated, he said he believes the resolution is on solid footing.

“I think that I’m very comfortable with it now,” he said.

Magistrates modified the language of the resolution further Tuesday, being careful with wording about protecting the right to bear arms, since some citizens, such as felons and those with domestic violence orders that prohibit firearm possession, do not have a right to possess guns.

“I just know that our Constitution is always being attacked, so that’s my biggest concern,” Magistrate Jason Cullen said.

Dale Knight with Kentucky United was allowed to speak briefly to the fiscal court.

Knight said Kentucky United has gathered almost 90,000 members in under a month, all of whom want local governments to “swiftly oppose” and take action against any “anti-gun action” from the federal government. He said there are several “pre-filed bills” that, if passed into law, would “violate the God-given rights of the U.S. Constitution.”

Knight began to describe how so-called “red flag” laws could allow guns to be taken away from people if a judge believes they pose a threat to themselves or others, but Hunt asked him to keep his comments brief.

The Second Amendment Sanctuary trend began in Virginia, where gun-rights supporters saw it as a way to push back against proposed gun-control laws the Democratically-controlled legislature could pass this year, including a red flag law.

“Part of this whole effort is to head this whole thing off,” Ellis said.

“That’s fine and dandy,” Hunt said. “I do not have any problem with that. But knowing our general assembly … I would be highly shocked” if Kentucky would even consider passing legislation like what is being considered in Virginia.

“It’s important to let them know where the counties stand,” Cullen responded.

“And we’re doing that by supporting the Second Amendment,” Hunt said.

“And supporting the Second Amendment is the most important,” Sammons said.

One Day: Local ref has called the shots for 10 years, no matter what names he’s called

The team in stripes Being a referee might be one of the most thankless jobs in all of athletics. No... read more