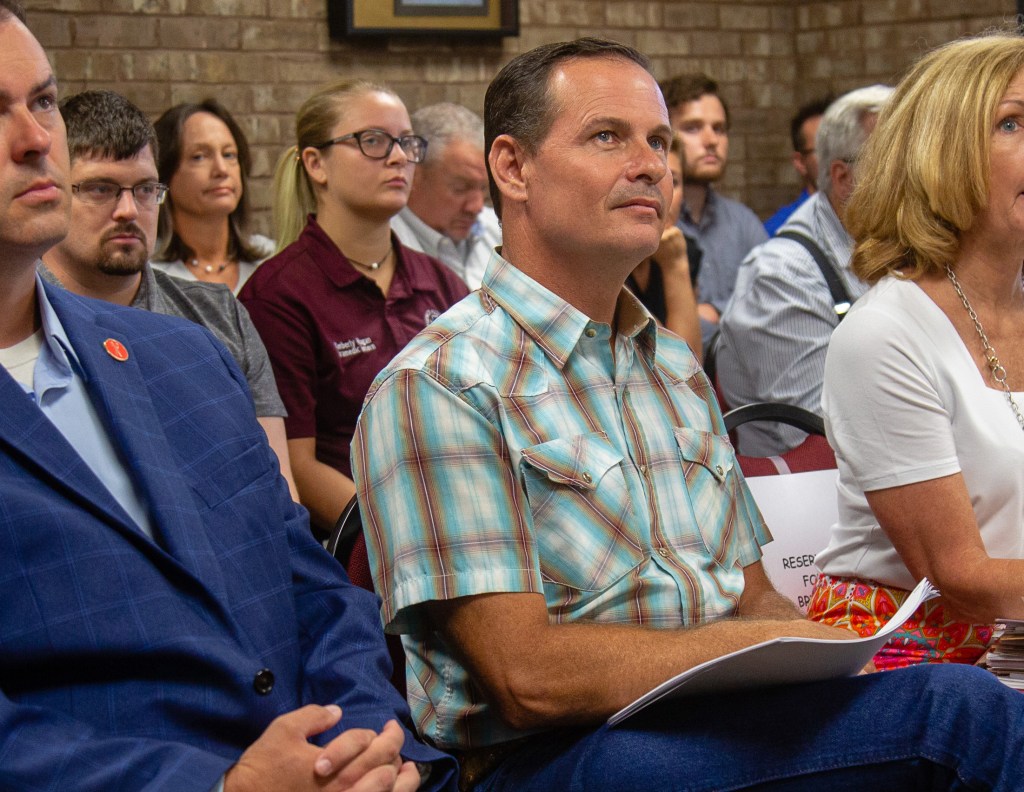 Boyle County Fiscal Court is asking state and federal legislators to change the definition of industrial hemp so it’s easier for farmers to stay within regulations and avoid the risk of having fields of hemp they cannot sell.

Magistrates unanimously passed a “resolution in support of industrial hemp” this week, which asks for legislators to allow farmers to sell hemp containing up to 1% of the psychoactive chemical THC.

THC (tetrahydrocannabinol) is the drug found in much higher levels in hemp’s illegal cousin, marijuana. Current regulations only allow hemp to contain 0.3% THC or else it cannot be sold, according to Martin Smith, a hemp entrepreneur who is planning to open a $6 million, 34-job hemp processing plant in Danville.

Smith lobbied the fiscal court Tuesday to pass the resolution, in part because of drought conditions last year that he said show just how difficult it can be for hemp farmers to stay legal within the current parameters.

Smith said because things were so dry, it caused the THC percentages to be higher in hemp crops. If a crop tests even slightly above the 0.3% threshold, it’s essentially worthless. Smith said the problem is “slaughtering the whole industry.”

“We’re not getting anywhere close to marijuana; we just need relief as farmers,” he said.

Judge-Executive Howard Hunt said as a local hemp grower in Boyle County, he knows the 0.3% threshold is problematic and regulators can “want to destroy the whole crop” over “just a few hundredths” of a percent on the wrong side.

Hunt said other states already allow 1% THC in industrial hemp and “this is more about giving Kentucky farmers some degree of competitive playing field.”

Hunt said he doesn’t think allowing 1% THC would create any issues with the plants being able to be used as a drug instead, because hemp plants would still have many times less THC content than marijuana.

“It’s so far away from marijuana it’s not even funny,” he said.

The resolution states several claims about hemp’s history and its current uses, including:

The resolution claims a change in the legal THC limit “not only impacts the crop values for Kentucky farmers’ production of industrial hemp for nutraceutical extracts but also impacts all other aspects of industry development, banking, state and federal regulation, investor and consumer awareness.”

Magistrate Jamey Gay said he serves on the board of a bank and knows the risk involved with hemp due to the strict THC limit has been “a growing topic of conversation.”

Magistrate Jason Cullen called hemp “a saving grace for the environment, as well” and said it can be used to make a lot of things that are currently made with other materials that wind up “filling up our landfills.” Cullen said he has been hoping “they would ease up on hemp” for years.

The resolution states the Boyle County Fiscal Court “strongly urges” state Rep. Daniel Elliott, state Sen. Rick Girdler, the Kentucky House and Senate, Kentucky’s U.S. senators and representatives and the U.S. House and Senate to revise the current definition of industrial hemp to allow for 1% THC content. Copies of the resolution will be delivered to all the Kentucky legislators mentioned, as well as to the leadership of both houses in Kentucky and at the federal level.