Architectural Heritage Board seeks guidance after another mural decision overturned 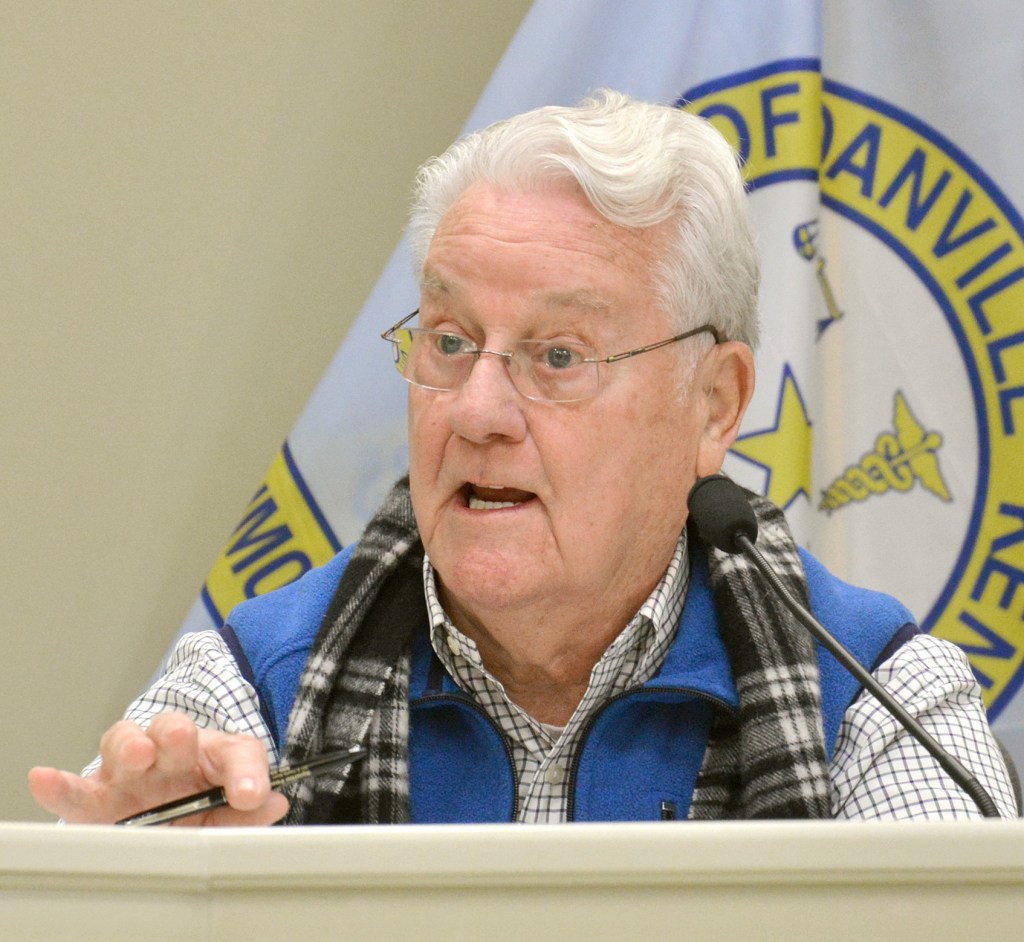 John Bowling, a member of the AHB, discusses the situation of the mural decision being overturned by the City of Danville. (Robin Hart photo)

A second graffiti-style mural in Danville’s downtown historic overlay district, which was approved by the city commission after being denied by the Architectural Heritage Board, has become the catalyst for the board to hone its guidelines for public art.

On Monday night, the Danville City Council overturned the denial of a certificate of appropriateness by the AHB for Gypsy Run Brewery’s mural that is being painted on the business’ back wall on North Fourth Street.

During Wednesday morning’s regular AHB meeting, board member John Bowling asked city commissioner Rick Serres, who was attending the meeting, “What was the rationale of you all reversing our decision on Gypsy Run?

Serres said, “We just felt we needed to take a fresh look at it, and we did. … That’s not out of any disrespect of this board.”

The AHB made its first denial of a mural in 2018, but it was ultimately approved by the city commission after the decision was appealed. That mural is now painted on the side of Derby Shoppe and Raggs on North Third Street.

“This one was more about the process of application (that) wasn’t appropriate. There was no review, they didn’t apply, they weren’t willing to compromise,” AHB member Julie Wagner told Serres. “So it drills down to that, and if you still are going to review and overturn it, then we need to know what you want from us.”

She asked if the commission was going to take any action to help the AHB, “because it makes us look bad if every time we make a decision and you’re going to overturn us.”

Board Chair Tom Tye said, “It’s hard to do anything with these (murals) in the future. Our batting average is zero on these. Can we just send them to the city commission?”

Wagner said the AHB does want to have public art and murals downtown.

AHB’s guidelines mention “the fabric of the historic district” several times when explaining where and what type of public art is suitable to be in the district.

Danville Preservation Coordinator Joni House told the board, “We really get hung up on terms like ‘the fabric of the community,’ and ‘the fabric of the district.’ There’s no real definition that gives anybody any concrete guidance as to what the fabric that they are talking about is. It’s kind of subjective. It’s up to you all to decide that fabric, and the city commission as well.”

House said, “I think what we need to start doing is coming up with some definitions within our own community involving everybody, arts community, AHB, historic people and city commission, to work out what is a good guideline for what we feel the fabric of the community is. That’s where it’s hung up. That’s where it’s hung up everywhere. There are similar issues in Frankfort. … You guys are not alone.”

The conversations are taking place in historic districts nationally, she said.

“Within the downtown communities (nationally) you’re starting to see an influx of young entrepreneurial business people and they want to embellish their buildings and express their businesses, but you have to do it in a way to protect the historic fabric of the district. It can be very tricky,” House said. “Everybody wants to see art in the community. We want a vibrant, young downtown that people enjoy … We’ve just got to figure out how to make everybody happy, and that’s not always very easy.”