Looking back: Culton family put down roots in Boyle in mid-1800s

Editor’s note: Research for this article was found in The Advocate-Messenger archives, census records and from David Crain, a relative of the Culton family.

Three generations of the James Thomas Culton family have lived in Boyle County, beginning in the mid-1800s. 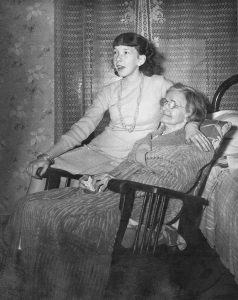 James and Rachel lived in Hustonville in 1880 and later moved to a farm near Parksville. Both are buried in Parksville Cemetery.

She was born July 25,1890, in Danville, and died March 5, 1992. She was a daughter of Rice and Flora Hughes Burnside of Garrard County. James and Mina are buried in Parksville Cemetery.

The 1930 Boyle County Census shows James Sr. was 21 years old and lived on White Oak Road in Junction City. His wife, Mina, and a son, Ollie L., and Mina’s mother, Flora B. Burnside, 69, lived in the same house.

Anabel was born Dec. 30, 1912, in Parksville, and was a daughter of James M. and Susie Brown Nevius. She died March 4, 1999. She and James are buried in Danville Memorial Gardens. They had one daughter, Georgetta Culton Britt.

James was a building contractor and owned Culton Lumber Company in Junction City for many years. He owned the Rainbow Restaurant in Harrodsburg. James also operated a grocery store, and service station in Junction City.

The Culton families were active in Junction City Christian Church.

Life with a smile: Some thoughts about looking younger