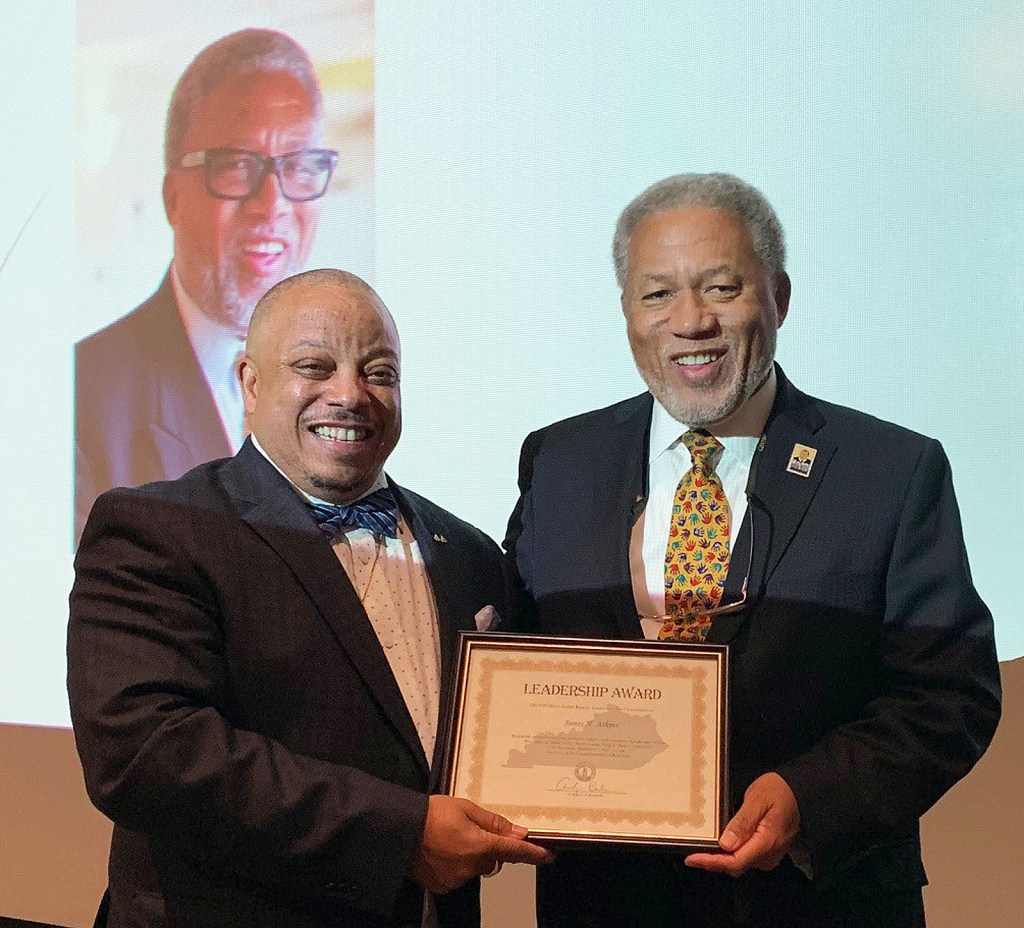 Danville City Commissioner J.H. Atkins and the Mercer County community have been recognized by Kentucky’s Martin Luther King Jr. State Commission for their commitments to “Dr. King’s vision for civil rights, inclusiveness, social justice, diversity and an equal society for all people,” according to the commission’s website.

On Wednesday evening, the commission, along with the Kentucky Heritage Council, State Historic Preservation Office and Kentucky Historical Society, hosted a commemoration of Dr. King’s lifelong work and presented six individual 2020 leadership awards and the community award at the Thomas D. Clark Center for Kentucky History in Frankfort.

Musical presentations and guest speakers explored the theme, “The Golden Rule: Then and Now,” as well as the question, “What are you doing for others?”

The keynote presenter was Nick Jackson, a motivational speaker, African American educator and national spokesperson for UGive, a nonprofit organization dedicated to empowering the next generation of volunteers.

Atkins said he felt honored to receive a MLK Leadership Award. He’s worked for many years “trying to do something that’s worthy,” by educating the public about MLK and his legacy. He’s presented at least 75 programs featuring the video, “The Witness,” to schools, churches and civic groups all over the state, free of charge. Following the video, Atkins leads group discussions about the times in which MLK worked and lived. He especially enjoys group discussions where students and adults talk about the history of the Civil Rights Movement. “Their (students’) parents lived some of this stuff,” Atkins said.

And he wants to try to make sure the public knows that MLK was more than just “he had a dream.”

Atkins has been a co-chair of the Concerned Citizens for Human Relations for 25 years; was an organizer of the Heritage Festival, which was a free event that celebrated different cultures of people living in this area, for 15 years; and has served on many civic boards. Last year, he was also an organizer for Danville’s recognition of the 50th anniversary of MLK’s assassination, which consisted of a march, church visits, a dinner, community book reads and a program about the history of MLK and the Civil Rights Movement.

Serving as a city commissioner, Atkins said he views it not as a job, but as a way to provide a public service to everyone in the community.

He said if MLK had ever come to Danville, he probably would have first visited a church. If he had returned several more times, MLK would have more than likely visited lots of different places, such as a white church, schools and clubs. “He’d want to get his message out to all different people,” Atkins said.

Commission member Tiffany Yeast said she nominated Atkins for the award. She’s known him for about 16 years and noted that he “has been devoted to and exemplified the principles of MLK,” by inviting college students into his home to discuss MLK and reaching out to minorities to help them become mentors at their school.

Atkins has also been a mentor to her, Yeast said, “Because of the way he lives his life.”

Other MLK Leadership Awards were presented to Anita Collins of Frankfort; Laura Gallaher and Danica Moon, both of Lexington; Sharon Hoskins-Sanders of Campbellsville; and Ruby McCoy Mason of, Nicholasville.

Atkins said Wednesday night was a “double whammy” for him because he’s marched with the Mercer County MLK celebration 10 or 11 times and Mercer County received the MLK Community Award, based on its years of commemorating the legacy of MLK. 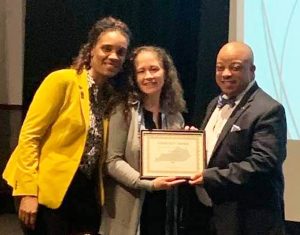 Under the leadership and guidance of Mercer County Cooperative Extension Agent Luci Hockersmith since 2007, the Mercer County MLK Jr. annual celebration has expanded to reach a larger and more diverse audience and broadened its partnerships, according to the commission.

In addition to the annual program consisting of a community breakfast, speakers, free MLK Jr. T-shirts, a march and a day of community service, the community has collected oral histories from Harrodsburg residents who participated in the Kentucky Freedom March of 1964 with Dr. King. A video was made, which ultimately led to an expanded production of a documentary with additional interviews. A concert by local African-American church choirs singing Civil Rights-related songs was recorded and used with the video as well. Lesson plans have also been developed for use in the schools.

Yeast lives in Harrodsburg, and said she did not nominate her home county for the award — another commissioner did who has participated in Mercer’s MLK Day events in the past.

“I am very proud to have been on the journey with the Mercer County MLK Day program,” Yeast said.

Mercer County’s MLK Jr. Day celebration will be held beginning with a community breakfast at 8 a.m. Monday, Jan. 20, at Harrodsburg Baptist Church. The featured guest speaker will be Elizabeth Mays, Kentucky Strengthening Families Initiative Director. The breakfast is free, but donations of items will be accepted to help the Mercer County homeless population.

Junction first-grader gets to be ‘superintendent for a day’