Patriots have no problems with Rebels 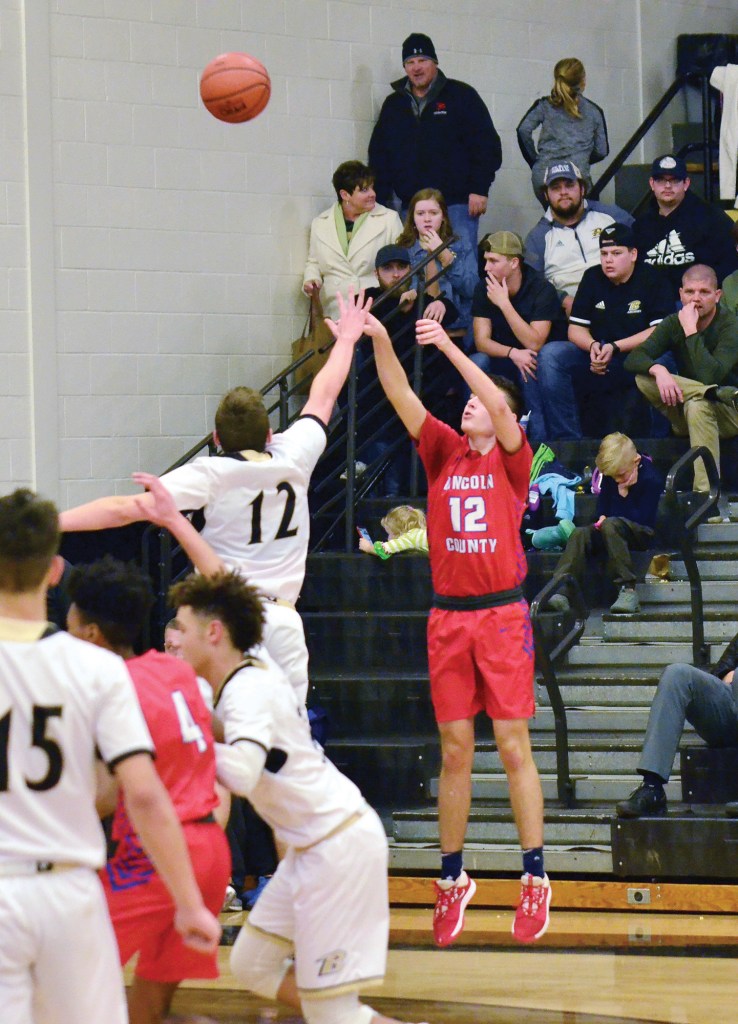 Lincoln’s Lady Patriots held off a late charge by Boyle to win the first game of the 45th District doubleheader, and the Lincoln boys made it a sweep with a dominating 79-49 win over the host Rebels in the nightcap.

Lincoln (11-5, 1-1 45th District) shot a blistering 61 percent from the field, going 28-for-46 on a night that saw five Patriots score in double figures. Elijah Frye led Lincoln with 20 points on 8-for-12 shooting. Baylor Mattingly bombed in 17 points on 5-for-9 shooting from 3-point range, Riley Bodner scored 12 points on 6-for-7 shooting, Jaxon Smith had 11 points on 4-for-7 shooting and Bryston Alcorn had 10 points on 7-for-8 shooting at the foul line. A sixth player, Tramane Alcorn, just missed double figures as the freshman guard scored nine points on 4-for-5 shooting.

Boyle (7-6, 2-2) was held to just 30 percent shooting, getting just 17 of 57 shot attempts to fall. While the Patriots bolstered their shooting with a 9-for-18 effort from 3-point range, the Rebels got little from long range, connecting on just one of 12 3-point attempts. Both teams scored 14 points at the foul line.

The Rebels were the only ones getting a shot to fall in the first 4 minutes, 30 seconds of the game, with Boyle owning the early lead off back-to-back buckets by Luke Sheperson and Grant Hotchkiss.

Lincoln finally got its first shot to fall at the 3:30 mark with Bodner, who led Lincoln on the boards with seven rebounds, scoring on a putback. The bucket ignited a 14-2 run over the remainder of the period to put Lincoln on top for good, 14-6. Hotchkiss, who had a game-high 23 points on 11-for-20 shooting, scored five of Boyle’s first six points.

The Patriots outscored the Rebels in every quarter, using a 28-14 second-quarter surge to distance themselves from Boyle. The run included five 3-point goals. Mattingly, who had three treys in the game, and Frye each drained two 3’s in the period then Smith hit a buzzer-beater 3 for the team’s largest lead of the first half, 42-18.

Lincoln’s lead never dipped below 19 points in the second half as the Patriots moved on for the win.

The Patriots beat the Rebels on the boards 36-32. Owen Barnes led Boyle with seven rebounds