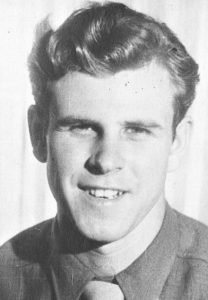 Charles “Ray” Raymond Walters, 92, died Friday, January 17, 2020. He was born in Coles County Illinois on April 12, 1927 to the late James Garfield and Jennie Dale Creekbaugh Walters. Ray was a World War II Veteran serving in the United States Army and a retired Truck Driver for ANR Freight Distributor. He loved fishing, people, boating, the lake and the Lord. In addition to his parents, he was predeceased by two brothers, Kelly Walters and Bill Walters and two sisters, Alda Reid and Helen Phipps.

The funeral service will be 1 pm, Tuesday, January 21, 2020 at Stith Funeral Home, Danville. Bro. Keith Greer will officiate. Burial will be in Hillcrest Cemetery in Perryville. Visitation will be 11 am – 1 pm, prior to the service on Tuesday at the funeral home in Danville. Memorial donations are suggested to Heritage Hospice. The online guestbook is available at www.stithcares.com.