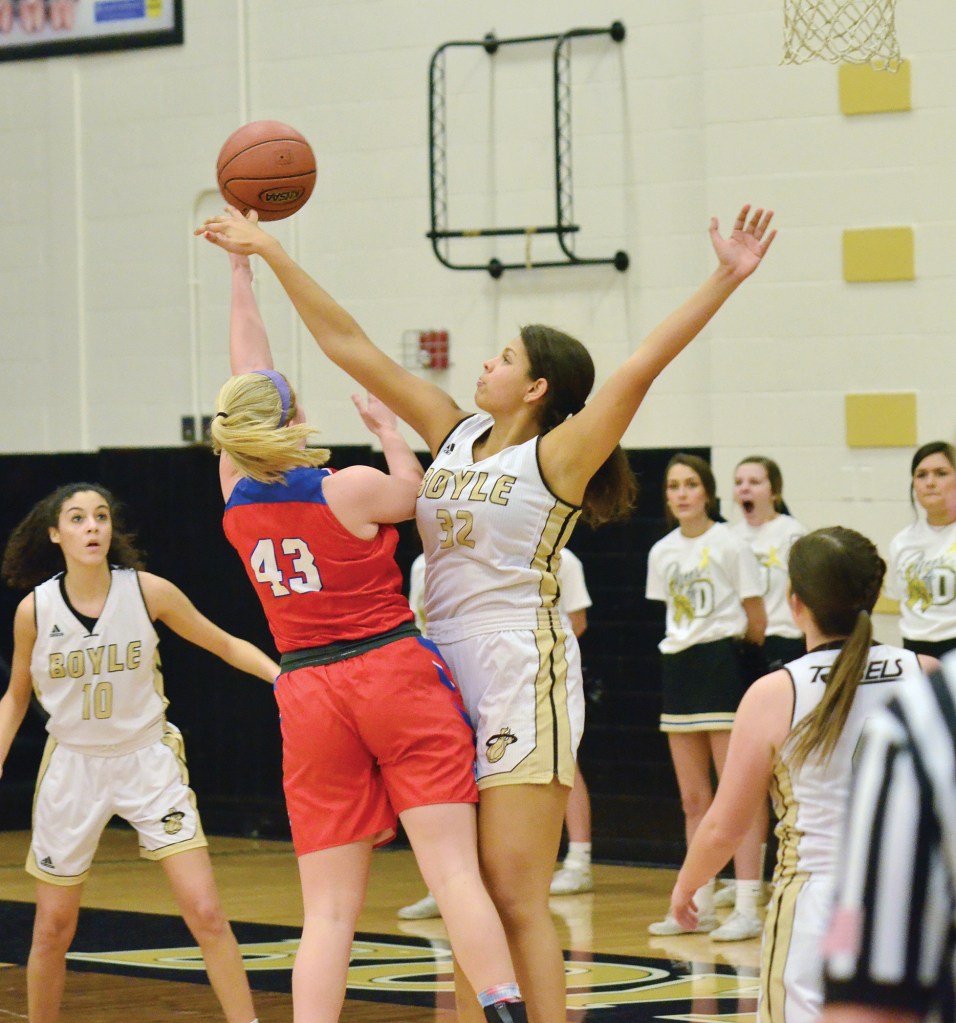 The Lincoln County girls are 2-for-2 against Boyle County.

The Lady Patriots got their first look at the Lady Rebels on Dec. 27, and they had little trouble disposing of their 45th District rival, rolling 57-39 in the Banker Hardwood Classic. The two teams met on the hardwood once again Friday night and Lincoln was once again victorious.

There would be no double-digit victory for Lincoln in the rematch, but the Lady Patriots would hold off a late surge by the host Lady Rebels to post a 54-45 win.

That was as close as Boyle would get. Haleigh Releford who had a game-high 16 points for Lincoln, answered the late surge with a bucket and a 3-pointer and Trinity Shearer, who pushed in 15 points, bombed in her own 3 to push the Lady Pat lead back to 53-42 as Lincoln secured the win.

The Lady Patriots never trailed in the 45th District clash, opening the game on an 11-2 run. Releford drained two 3-pointers in the early run and Shearer had a trey and a layup. Wray scored Boyle’s first points at the 5:49 mark with two free throws. Lincoln led 14-7 at the end of the first.

Lincoln posted its largest lead of the game, 14 points, late in the first half. The Lady Pats outscored the Lady Rebels 16-11 in the second quarter and a 7-0 run extended the lead to 30-16. Savannah Robbins hit inside on a wide open shot to open the run, Haleigh Ellison scored two buckets and Ally Lynn added a free throw toss. The lead was 30-18 at the break.

Boyle outscored Lincoln in both the third and fourth quarters (11-9, 16-15) but it wouldn’t be enough to overcome the Lady Patriots early lead.