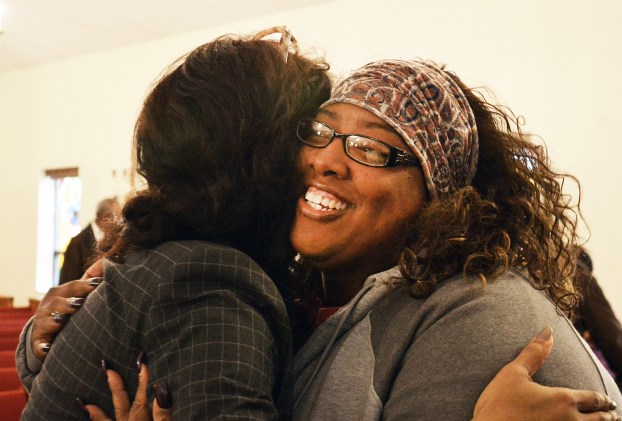 Mary Fish is happy to see her friend LaShana M. Harris who is the Juvenile Justice Commissioner for Kentucky. (Photo Robin Hart) 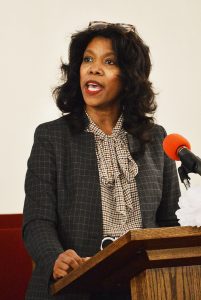 Local NAACP chapter president Marvin Swann Jr. said this year’s event was quickly organized. They didn’t have a guest speaker until Friday around lunchtime, he said. Organizers had been hoping the state’s new Attorney General Daniel Cameron would be able to attend, so they were holding off on setting the time and getting the word out to the public until confirmation could be obtained.

Cameron never committed to Danville’s event, so Swann asked his niece for a last-minute favor, to serve as the guest speaker at the event.

His niece is Danville native and Juvenile Justice Commissioner of the Commonwealth of Kentucky LaShana M. Harris.

She said there were three basic elements that helped shape the black community and affected the “greatness of this little town” — the spirit of the old Bate School, which “created a stable foundation in this town”; unity in the black community; and black churches. 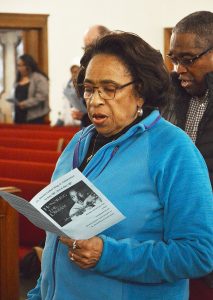 Ronnie Arrington sings with others who gathered at the MLK Jr. Day event on Monday. 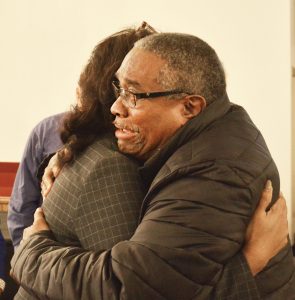 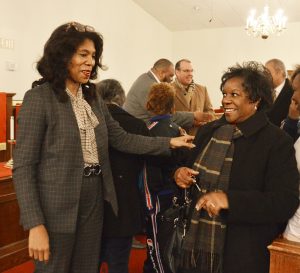 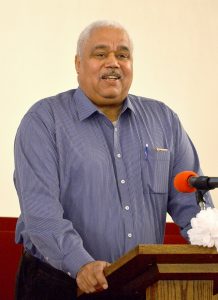