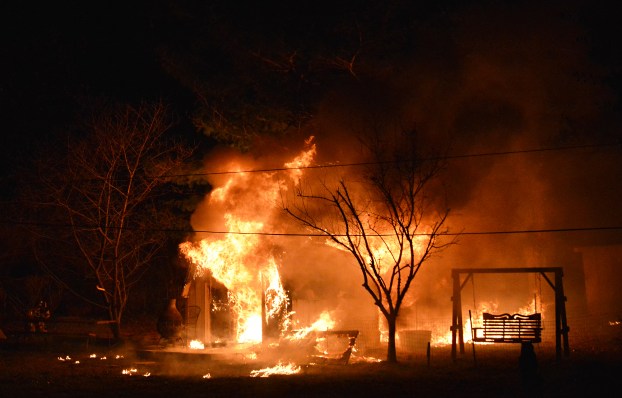 Danville Firefighter Justin McBride said when the station was notified at 8:39 p.m., it was reported as a “completely engulfed structure fire.”

Firefighters believed it to be home on fire, but when they arrived, they discovered that the intense flames were from a shed in the backyard at 442 Boone Trail. “It was quite robust,” McBride said.

Firefighters had the flames out within three to five minutes he said and there were no injuries or damage to nearby homes. 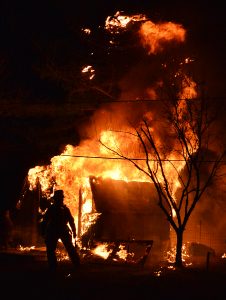 McBride said firefighters were “a little concerned” that the flames were reaching high up into the nearby pine trees, but recent rainfall prevented the trees and pine needles on the ground from igniting.