Danville police were involved in two pursuits less than six hours apart over the weekend. Both suspects who allegedly fled from officers were arrested.

Just after 8:40 p.m. on Saturday, Danville Police K9 Officer Lewis attempted to stop a vehicle at the intersection of Fourth and Main streets, but “the vehicle failed to stop and began to evade Officer Lewis,” according to a news release from the Danville Police Department. “Other officers assisted in attempting to stop the vehicle which eventually pulled into an apartment complex on Holladay Drive.” 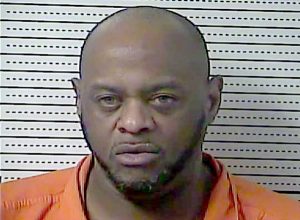 John Antonio Graves Sr., 51, was arrested over the weekend in Danville, after allegedly fleeing from police in a vehicle and on foot. He had multiple warrants for contempt of court and failure to appear, according to Danville police. (Boyle County Detention Center photo)

According to police, the man is John Antonio Graves Sr., who had five warrants out for failure to appear and contempt of court.

“Officers pursued Graves behind apartment complexes, and after Taser deployment and a brief struggle, Graves was arrested,” according to the DPD release.

Graves, 51, was being held in the Boyle County Detention Center on Monday on a $5,000 cash non-refundable bond.

The same night police arrested Graves, they also dealt with a second pursuit shortly after 2:30 a.m. on Sunday.

Police had responded to North Fourth Street for reports of a disturbance outside a residence. After arriving, “officers observed a male, later to be identified as Seth J. Baker, 20, of Danville, flee on foot from officers,” according to a DPD news release. “Baker was apprehended after a short foot pursuit onto West Lexington Avenue. During the foot pursuit, Baker threw a loaded handgun into a resident’s front yard that was recovered by officers.”

According to police, an investigation determined Baker allegedly pointed the gun at two people during the disturbance that had brought police to the scene.

“Baker was also in possession of three counterfeit bills,” according to the release.

He was no longer being held at the Boyle County Detention Center Monday.